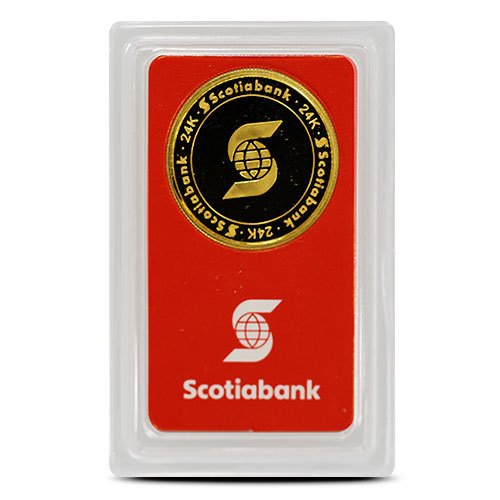 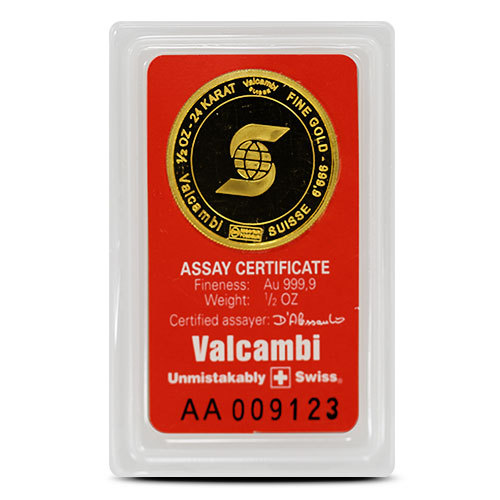 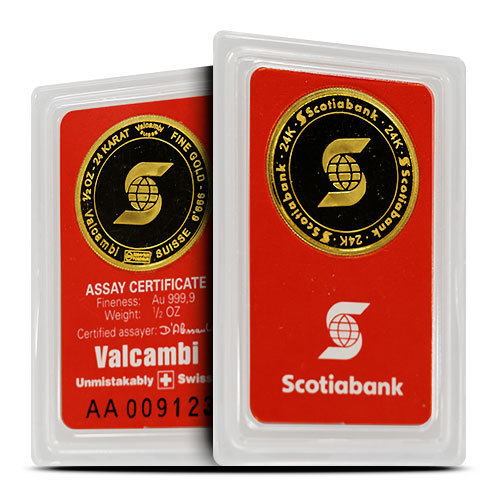 The Scotiabank brand is one of the most recognizable financial institutions in the world. A member of the so-called Big Five banks in Canada, Scotiabank is also widely regarded as the most international of Canadas major banking institutions. From its humble origins with branch locations in the American Midwest to its modern global web that includes locations in Latin America, the Caribbean, and Europe, Scotiabank has grown into a globally trusted name. Today, you have the chance to get 1/2 oz Gold Scotiabank Rounds online at Provident Metals.

Scotiabank was founded in 1832 in Halifax, Nova Scotia, with the authority to do so granted by the Legislative Assembly of Nova Scotia. The bank was originally headquartered in Halifax for its first 68 years in existence. In 1900, the banks headquarters moved from Halifax to Toronto, Ontario. As Scotiabank began to expand beyond the borders of Canada, one of its first international branches was opened in Minneapolis, Minnesota, in the 1880s. That location later moved to Chicago. Today, Scotiabank has branch facilities in Latin America, the Caribbean, Europe, and Asia.

These 1/2 oz Gold Scotiabank Rounds are available to purchase with individually-sealed blisterpacks. The blisterpack houses the round in a capsule space at the center and includes an assay card. The assay card authenticates the weight, metal content, and purity of the round, and boasts the signature of a certified assayer. These bars are secondary market pieces and may not arrive in brand-new condition.

Please dont hesitate to reach out to Provident Metals with questions. Our team can assist you on the phone at 800-313-3315, online using our live chat, and via our email address.