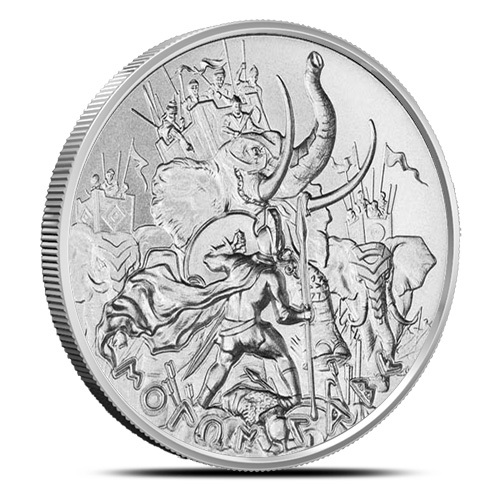 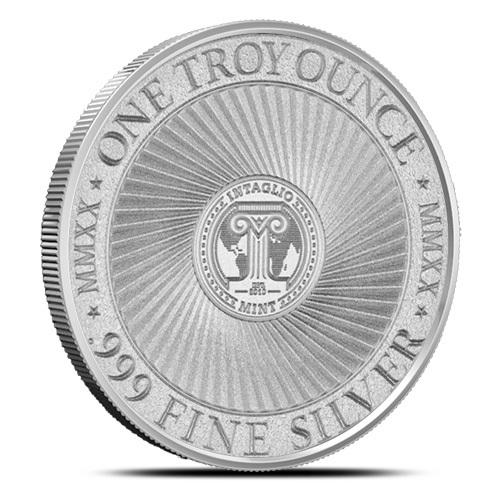 Intaglio Mint continues its Molon Labe series of silver rounds with this fourth design release. Each round in the collection showcases different perspectives of the Battle of Thermopylae, which was a three-day-long battle between the Greeks and Persians. Today, the 1 oz Silver Molon Labe Round (Type IV, New) is available from Provident Metals.

The Molon Labe rounds feature unique designs, Brilliant Uncirculated condition, and antique finishes, which have made them popular among collectors. Each release depicts a different image from the Battle of Thermopylae. These designs are available in 1 oz and 2 oz weight options.

King Leonidas of Sparta lead 300 elite warriors and 7,000 other Greek soldiers to the Hot Gates at Thermopylae. Leonidas believed this site offered the Greeks the best advantage against the Persian Army. Scholars believe the Persian Army had between 100,000 and 150,000 soldiers. Before the battle began, Leonidas was presented with the chance to surrender, but he refused. After three days of battle, the Greeks were defeated. However, the Battle of Thermopylae occurred at the same time as a naval battle at Artemisium, which they won.

On the obverse of the 1 oz Silver Molon Labe Round (Type IV) you will find a scene inspired by the Battle of Thermopylae. The Persian Army released the dreaded war elephants. These animals were massive in size, had huge tusks, and carried a tower on their backs. Riders and archers would stream onto the battlefield attacking enemies from above. Among the chaos of battle, a Spartan warrior stands out holding a spear in his hand, taking his aim in hopes of making contact with the enemy.

The Intaglio Mint Seal is featured on the reverse of all rounds in the Molon Labe series. The letter I is found in the center resembling a column with a sunburst radial background. The rounds weight, purity, and metal content are inscribed along the outer border design field, as well.

Intaglio Mint is a small, privately run business in Colorado. The mint was established in 2010 and aims to produce coins, tokens, and medallions dedicated to events and places in history. This is evident in the five-part Molon Labe series, which commemorates the Battle of Thermopylae.

Buyers can purchase the 1 oz Silver Molon Labe Round (Type IV, New) online from Provident Metals or by calling our customer support team at 800-313-3315. Our online live chat and email address are also available if you have any questions about this listing or any of our precious metal products.