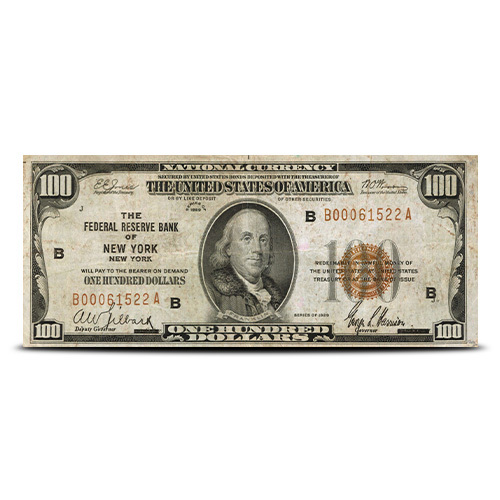 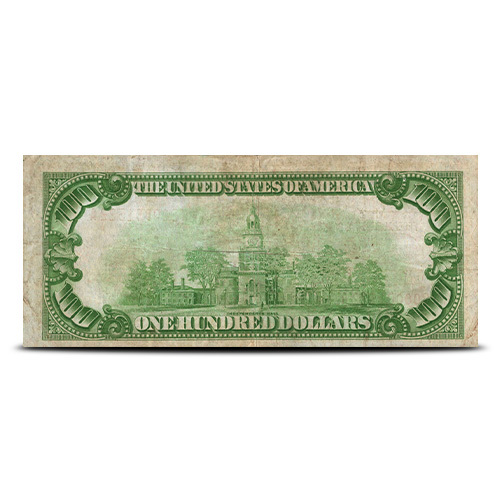 On the obverse side of 1929 $100 Federal Reserve Bank Notes is an image of Founding Father Benjamin Franklin. An inventor, writer, and early American diplomat, Franklin played a vital role in drumming up support for the American cause of independence. His work in getting the assistance of France was particularly important.

The reverse field of the 1929 $100 Federal Reserve Bank Note comes with a depiction of the faade of Independence Hall. The building was the site of some of the most important moments in American history, including the debates and adoption of the Declaration of Independence and the Constitution.

Federal Reserve Bank Notes were issued by the United States from 1915 to 1934 with the intention of replacing the National Bank Note Series. However, this never came to pass as both forms of paper notes were halted in the 1930s as the US consolidated its circulating paper currency down the Federal Reserve Notes, United States Notes, and Silver Certificates.

You can contact Provident Metals with any questions. Please contact us at 800-313-3315, chat with us live online, or email us directly.