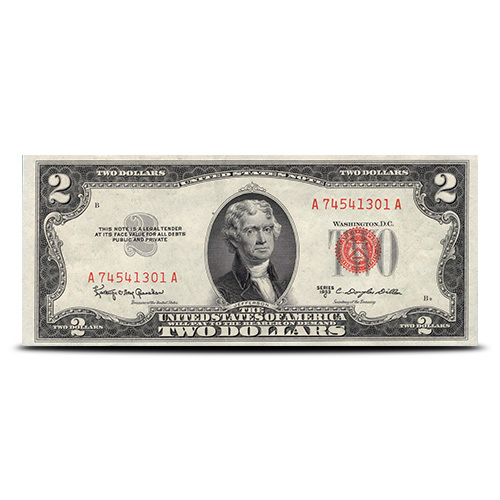 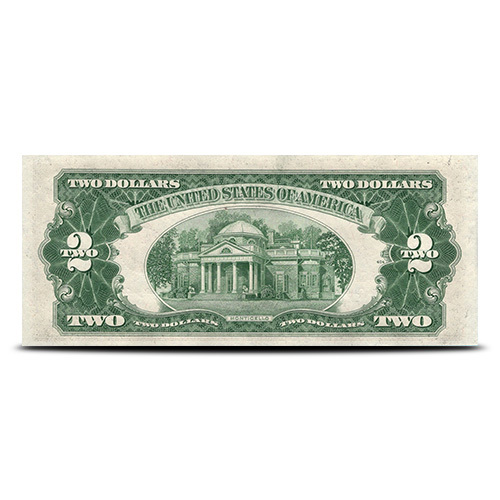 The $2 Legal Tender Note in the United States Note Series was available from 1862 when the notes were first issued until 1963 when the final design was released a year ahead of the programs cancelation. The 1953 Series was the second-to-last issue in the collection and was available for a decade with only changes to the signatures of the Treasurer of the United States and Secretary of the Treasury during this time. The changes were noted by the inclusion of A, B, and C behind 1953 when identifying the notes. Today, you can get uncirculated 1953-1953C $2 Legal Tender Notes online from Provident Metals.

The United States Note was issued in two broad sets, with smaller series offered for minor changes to the designs. The first series of notes was known as large-sized notes and was produced from 1862 to 1927. From 1928 to 1964, the small-sized notes were released and featured designs that are similar to modern Federal Reserve Notes. When it comes to the changes within a given series, such as the 1953 Series of Legal Tender Notes, the variations came in the form of signatures on the obverse side of the notes.

On the obverse of the 1953-1953C $2 Legal Tender Notes, you will find a three-quarter profile portrait of President Thomas Jefferson. This effigy of President Jefferson featured on the $2 Legal Tender Note from 1869 until its conclusion in 1964, though the image was moved from its original upper-left field position to the center of the note. The 1953 Series $2 Notes feature red ink on the printed serial numbers and on the US Treasury seal. Other printed notations include Two Dollars, 2, Two, This Note is a Legal Tender At Its Face Value for All Debts Public and Private, The United States of American Will Pay To The Bearer On Demand Two Dollars, and Jefferson.

The reverse side of 1953-1953C $2 Legal Tender Notes comes with a depiction of Monticello at the center. Monticello was the home of Thomas Jefferson before and after his time in office as the 3rd President of the United States of America. Around the depiction of Jeffersons home, you will find printed notations of The United States of America, Two Dollars, Two, and 2 Two.

The 1953 Series $2 Legal Tender Note design was used by the US Treasury for a decade until 1963. This was the second design of the small-sized note series. The initial design was released in 1928 with Jeffersons effigy, red ink on the serial numbers and US Treasury seal, but with the seal was located to the left side. The 1953 Series featured the seal on the right overlaying TWO. The differentiation between 1953, 1953A, 1953B, and 1953C Series issues is the combination of the Treasurer of the United States and Secretary of the Treasury signatures. In order, those signature combinations include Priest-Humphrey, Smith-Dillon, Priest-Anderson, and Granahan-Dillon.

1953-1953C $2 Legal Tender Notes listed here are in uncirculated condition. Housed in protective currency sleeves, each note boasts no folds, bends, creases, or wrinkles. The quality and crispness of the paper is above average and the eye appeal of each piece remains beautiful.

Please note that this listing offers paper notes at random. You are only guaranteed one note if you select to purchase one item and the series it comes from (A,B,C) will be determined by what is available at the time your payment clears and your order is fulfilled. If you buy more than one item, you may receive several matching notes or a variety of different notes.

Please contact Provident Metals if you have any questions. You can call us at 800-313-3315, chat with us live online, or email us directly.