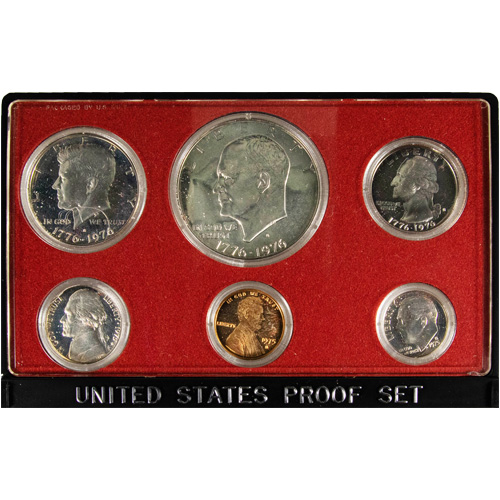 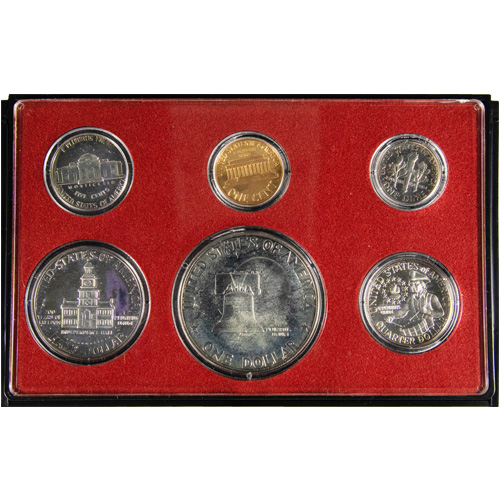 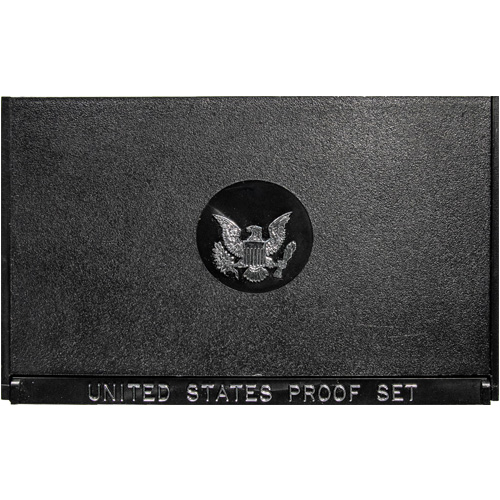 In 1975 the US Mint released its annual proof set containing the six major coins in circulation. However, one major difference between this set and the others was that the dollar, half-dollar, and quarter all featured the bicentennial designs. This was because, in 1975, the US Mint did not produce the standard version of these coins, instead reserving all resources for the special 200th-anniversaryeditions. Today, you have the chance to buy 1975 US Mint Proof Sets online at Provident Metals.

1975 US Mint Sets can be purchased with the click of a mouse and delivered right to your door. Provident Metals fully insures your order while in transit and delivers using inconspicuous packaging. Each of these coins contains a lovely proof finish, which lends the fields a mirror-like effect and the designs a frosted quality. For display and protection purposes, the coins will be housed in an original mint case with a red velvet backdrop.

On the obverse side of the coins in these 1975 Proof Sets, you will find the following presidential portraits: one-cent-Abraham Lincoln, nickel-Thomas Jefferson, dime-Franklin D. Roosevelt, quarter-George Washington, half-dollar-John F. Kennedy, dollar-Dwight D. Eisenhower. The 1975 date is found on the cent, nickel, and dime, while the quarter, half-dollar, and dollar all contain the bicentennial dates of 1776-1976.

The reverse of the coins in US Mint Proof Set features distinct, separate designs. The cent, nickel, and dime all contain their standard designs, which are the Lincoln Memorial, Monticello, and the flame with two branches, respectively. The remainder of the coins feature special bicentennial imagery. The Washington quarter contains a colonial drummer, the Kennedy half-dollar a rendition of Independence Hall, and the Eisenhower dollar the Liberty Bell superimposed against the moon. The denomination of each coin is also found on the reverse side.

The modern US Mint Proof Set was first issued in 1936. The set has seen many variations over the years, including San Francisco sets, limited edition sets featuring a Silver Eagle, and Prestige Sets containing a commemorative dollar. The 1975 set is also unique in that the quarter, half-dollar, and dollar all contain the Bicentennial designs, which were created in celebration of the 200th anniversary of the signing of the Declaration of Independence.

Please contact Provident Metals if you have any questions. You can call us at 800-313-3315, chat with us live online, or simply send us an email with your inquiries.