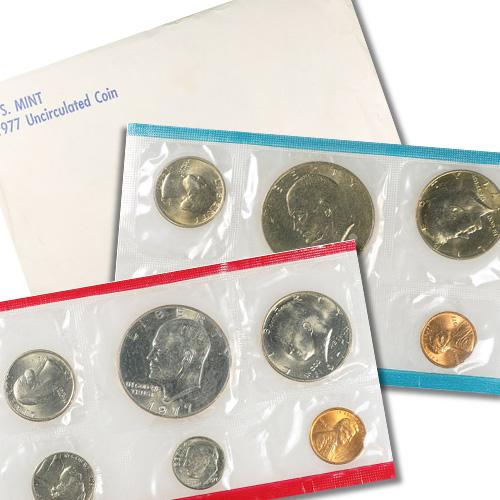 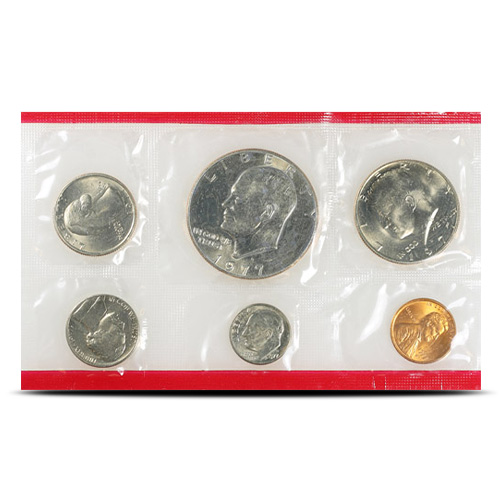 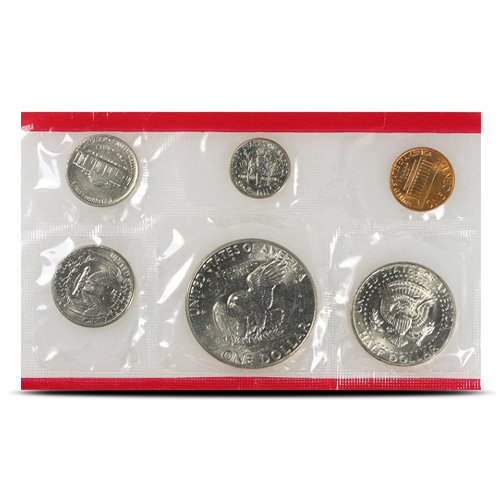 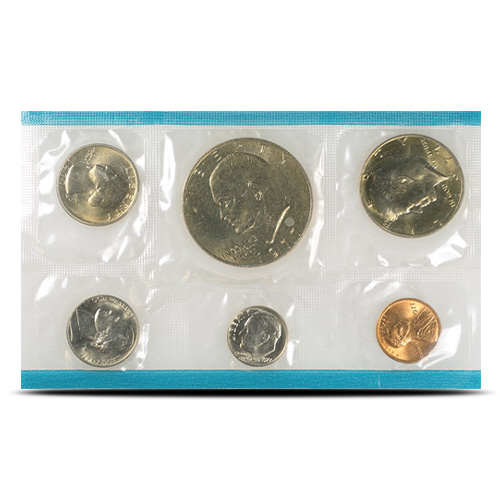 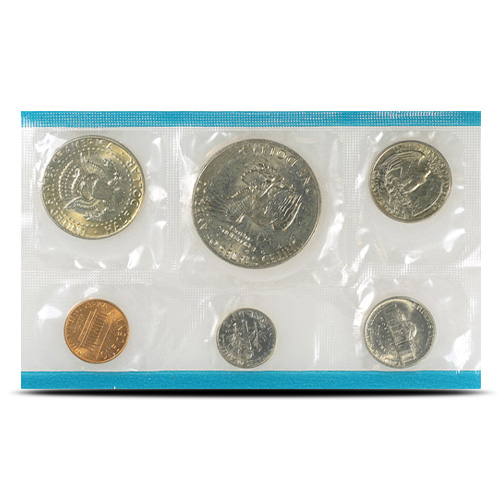 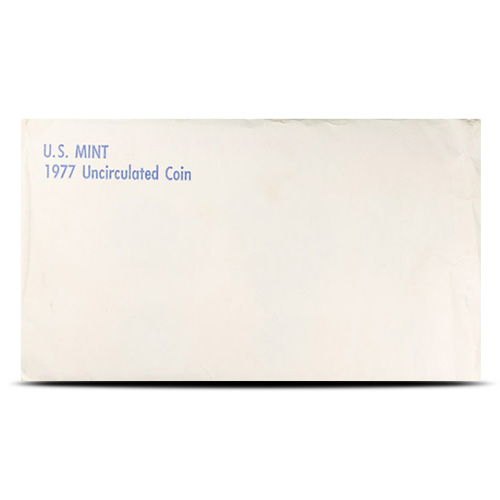 The brilliant uncirculated condition coins in the US Mint Sets are examples of each of the coins used in circulation in that particular year. These uncirculated coins are struck at 2 different Mints, therefore, each Mints Sets are packaged in their own sealed cellophane packaging. With the Bicentennial in the past, the 1977 US Mint Sets are back to having 12 coins with their original designs. In spite of this more standard fare of the 1977 Set, the US Mint increased the price of each set to $7.00, and sales increased by more than 114,000 sets over 1976 sales. Provident Metals is currently offering the 1977 US Mint Set for purchase online.

The obverse of the Kennedy Half Dollar features the left profile of the 35th President of the US. After President Kennedys assassination, the US Mint decided that President Kennedy was going to appear on one of their larger silver coins either the silver dollar, half dollar, or quarter. The Mints Chief Engraver, Gilroy Roberts, was given the assignment. He had initially created the design for the Kennedy medal in the Mints Presidential series. It was Jacqueline Kennedy, the Presidents widow, who expressed the preference that President Kennedy be depicted on the half dollar rather than either of the other 2 coins.

The reverse of the Kennedy Half Dollar features a version of the Presidential Seal. The design was created by Frank Gasparro, who had initially created this design for the Kennedy medal in the Mints Presidential series.

US Mint Sets were introduced in 1947. Initially, they included 2 samples of each coin struck for circulation from the Denver, Philadelphia, and San Francisco Mints. As such, they were referred to as double mint sets. Sales of these Sets in 1947 reached 5,000 sets. By 1958, sales of Mint Sets had reached 50,314 sets, as coin collecting increased in popularity. In 1959, the Mint Sets were changed to include only 1 sample of each coin struck for circulation, and were struck only in the Denver and Philadelphia Mints. Sales of these smaller Sets jumped to 187,000 sets in 1959, and by 1964 only 5 years later – sales of Mint Sets had surpassed the 1 million mark. Sales of Mint Sets reached the a then all-time high of 2,750,000 sets in 1972 only to suffer an almost 1 million drop in sales in 1973. Sales of the 1977 Mint Sets reached 2,006,869 sets.

Questions? Please contact our Provident Metals Customer Service team we will be happy to assist you. We can be reached via phone at 800-313-3315, online using our live chat, or via our email.