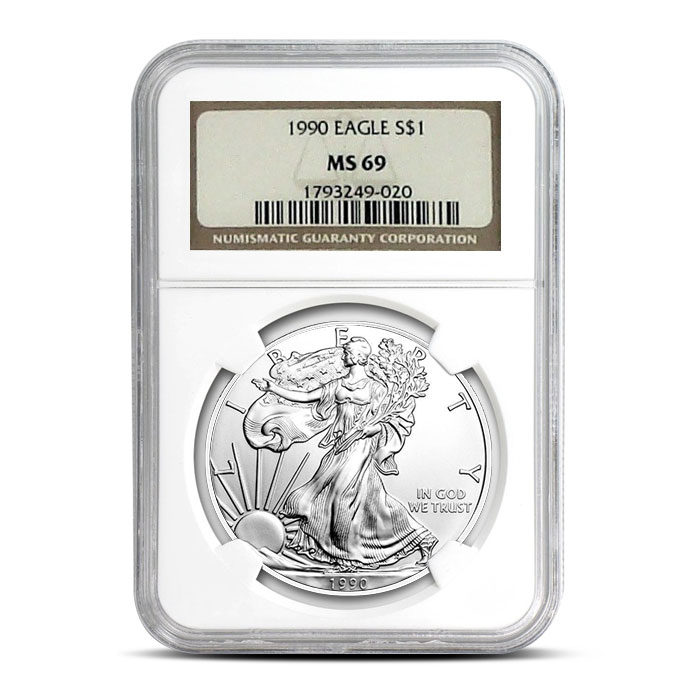 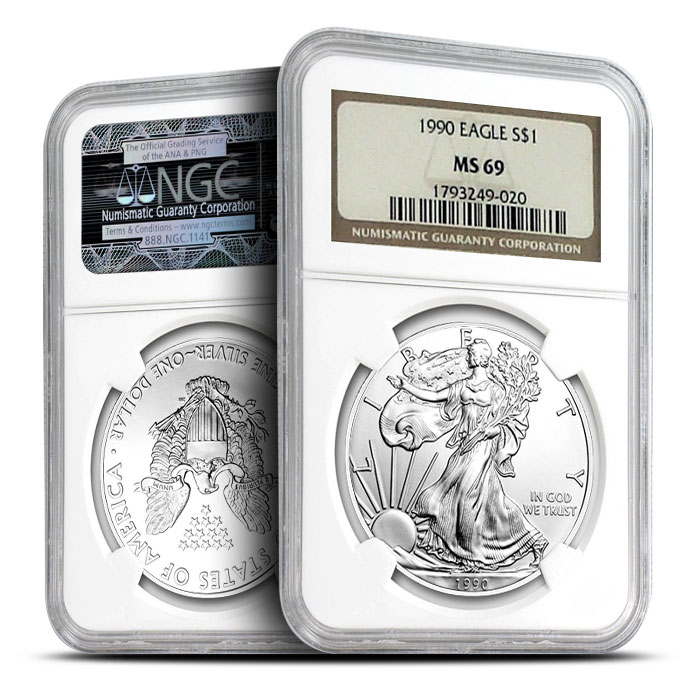 Not only was 1990 the year of Hammer Pants, New Kids on the Block and Madonna’s smash hit Vogue, it was an even bigger year for breaking international news.

The United States led the world into the Gulf War that August, and Baltic states declared their independence from the Soviet Union. Nelson Mandela was finally free, and the Hubble Telescope launched into space. 1990 also marked the American Silver Eagle’s fifth year in existence.

First issued in 1986, the Silver Eagle is composed of one troy ounce of .999 pure silver mined exclusively in the United States. Backed and guaranteed by the US government, these Silver Eagles have been graded Mint State 69 by the Numismatic Guaranty Corporation (NGC).

The obverse of each 1990 ASE features Adolph A. Weinman’s highly popular Walking Liberty design. It was originally used on US Half Dollars from 1916 – 1947. The reverse of each ASE features Chief Engraver John Mercanti’s bald eagle design, which pays homage to the Great Seal of the United States.

Own the official silver bullion coin of the United States. Purchase 1990 American Silver Eagles graded MS69 from Provident Metals today. Use our secure online ordering system and you’ll have your bullion in just days.