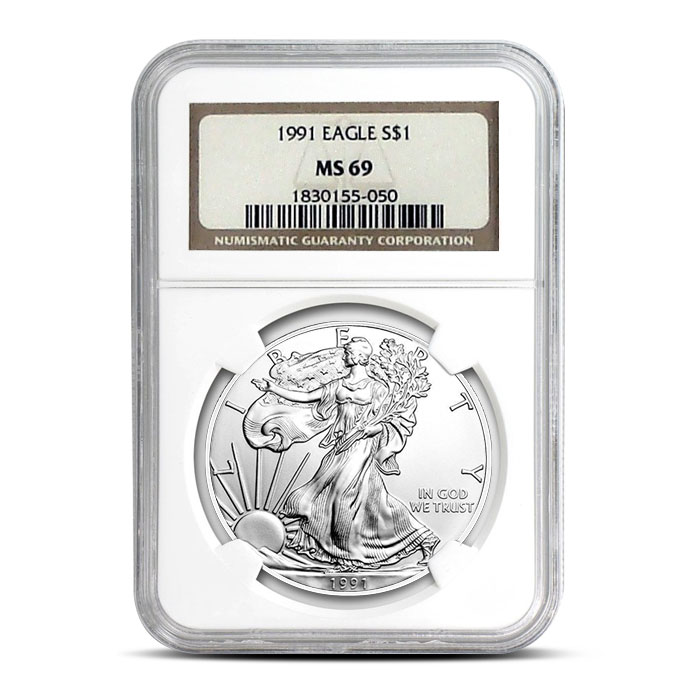 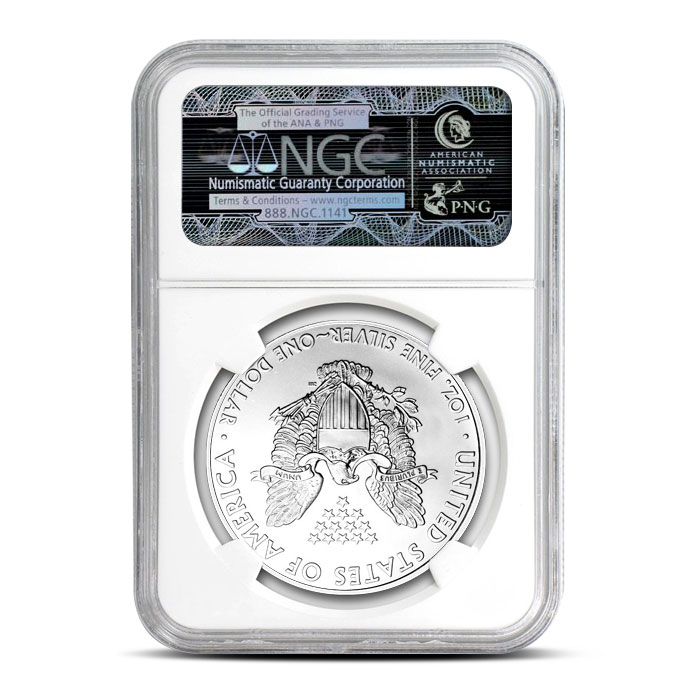 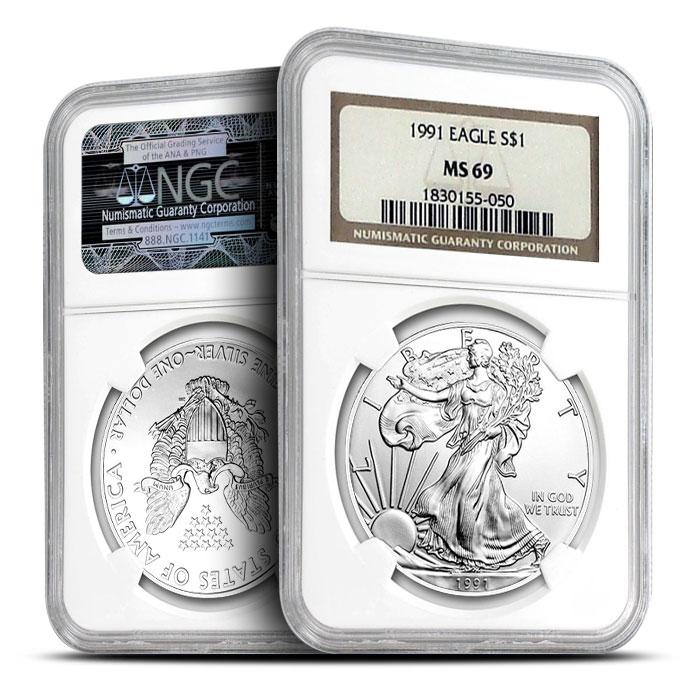 The Gulf War in full swing, 1991 seemed to be a year of battle. In March, the Yugoslav Wars began, precipitated by disagreements between Serbia and other Yugoslav republics. The Soviet Union finally collapsed, dividing into 15 independent republics, and 1991 marked the end of the decades-long Cold War.

First issued in 1986, the Silver Eagle is composed of one troy ounce of .999 pure silver mined exclusively in the United States. Backed and guaranteed by the US government, these Silver Eagles have been graded Mint State 69 by the Numismatic Guaranty Corporation (NGC), and they are the official silver bullion coin of the United States.

The obverse of each 1991 ASE features Adolph A. Weinman’s highly popular Walking Liberty design. It was originally used on US Half Dollars from 1916 – 1947. The reverse of each ASE features Chief Engraver John Mercanti’s bald eagle design, which pays homage to the Great Seal of the United States.

Own a tangible asset that stands the test of time. Purchase 1991 American Silver Eagles graded MS69 from Provident Metals today. Use our secure online ordering system and you’ll have your bullion in just days.