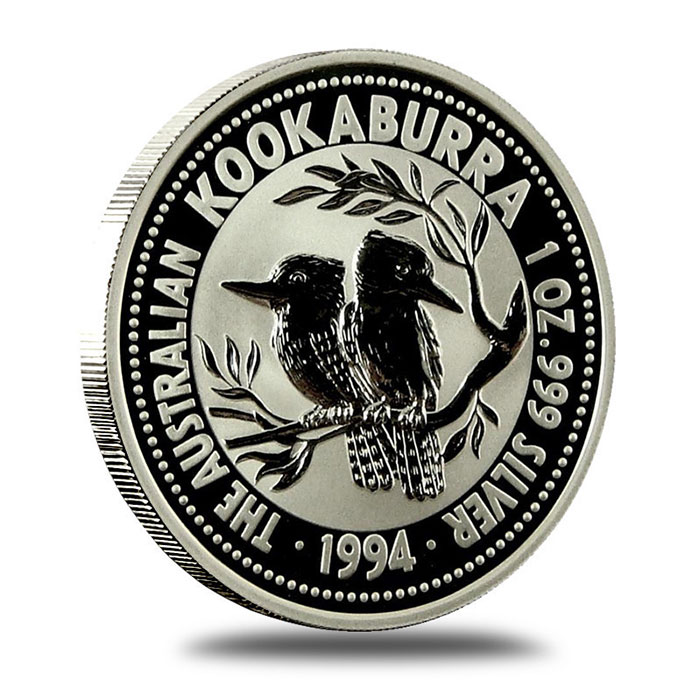 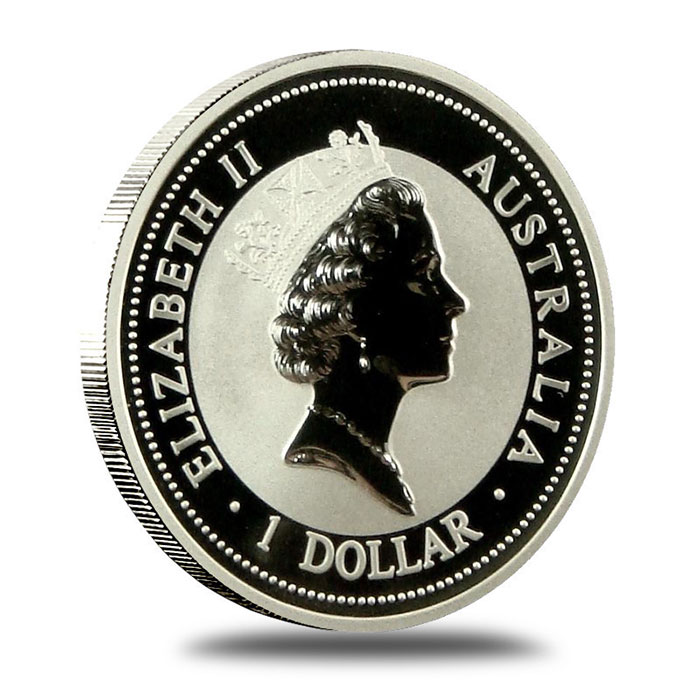 Composed of 1 troy ounce of .999 pure silver, the 1994 Australian Kookaburra is a simple and affordable way to invest in precious metal — and it’s eligible for contribution in your self-directed IRA.

Each 1 oz Silver Kookaburra arrives in brilliant uncirculated condition, housed in a plastic capsule for long-term storage and protection. Since 1990, the Perth Mint has released the Silver Kookaburra coin annually. Each installment features a new design, available in various sizes, from one ounce to one kilo.

The reverse of each 1994 1 oz Silver Kookaburra features two of the birds sitting shoulder-to-shoulder on a tree branch. It is inscribed with the words “THE AUSTRALIAN KOOKABURRA,” “1 OZ .999 SILVER,” “1994.”

The obverse of each coin features Raphael Maklouf’s Queen Elizabeth II design, and it is inscribed with the coin’s denomination of one dollar.

– January 1 – The North American Free Trade Agreement, known as NAFTA, was established.
– January 6 – Nancy Kerrigan was clubbed on the right leg by an unknown assailant. The assault was ordered by Tonya Harding’s ex-husband.
– January 21 – Men everywhere cringed when Lorena Bobbitt was found not guilty by reason of insanity for mutilating her husband, John.
– March 12 – The Church of England began to ordain female priests.
– March 16 – Tonya Harding plead guilty to covering-up the attack on Nancy Kerrigan.
– March 21 – Spielberg’s film Schindler’s List, won Best Picture, Best Director and five other titles at the 66th Annual Academy Awards.
– April 7 – The Rwandan Genocide began in Kigali. Over the next 100 days, more than 500,000 people were brutally slaughtered.
– April 8 – Kurt Cobain, grunge rocker and lead singer of the band Nirvana, was found dead from a self-inflicted gunshot wound to the head.
– May 10 – Nelson Mandela was inaugurated as the first black president in South African history.
– June 12 – Nicole Brown Simpson and Ron Goldman were murdered outside Simpson’s home in Los Angeles, Calif.

– November 28 – Serial killer Jeffrey Dahmer was beaten to death by a fellow inmate while serving a life sentence in the Columbia Correctional Institution of Wisconsin.

Own a piece of world history. Purchase 1994 1 oz Silver Kookaburras from Provident Metals today. Use our secure online ordering system and your silver will arrive in just days.