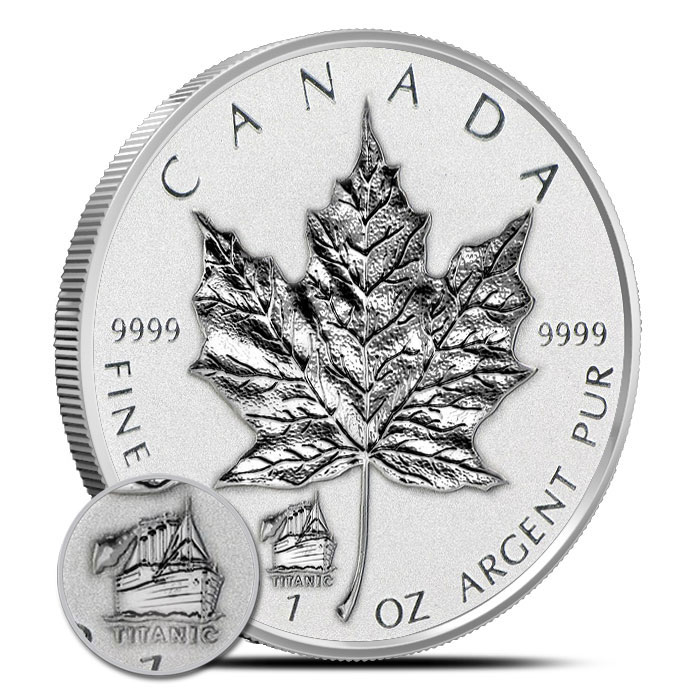 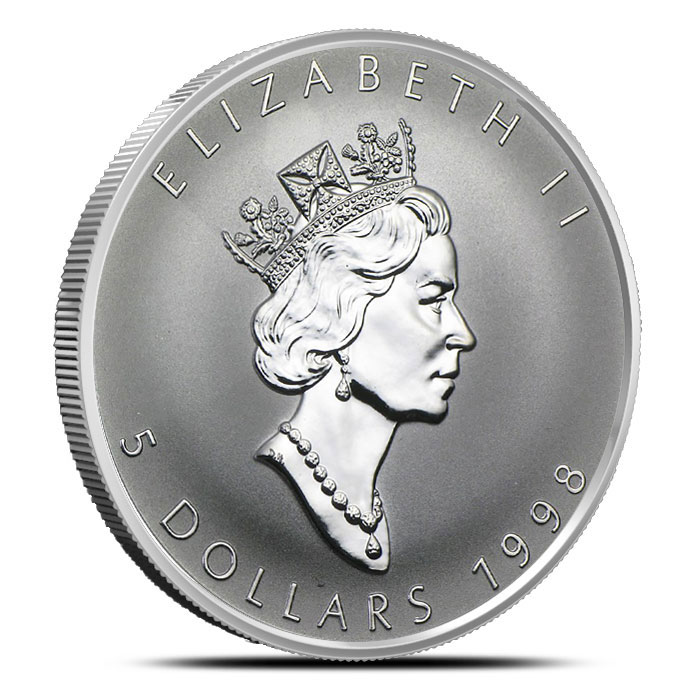 Provident Metals is proud to carry the scarcest coin in the Maple Leaf Series: the 1998 Titanic Privy Silver Maple.

Composed of 1 troy ounce of .9999 fine silver, each coin pays homage to the RMS Titanic, the infamous British ship that sank to the bottom of the North Atlantic on April 15, 1912.

With a mintage of only 26,000, the reverse of each 1 Oz Silver Maple features Dora de Pedery-Hunt’s five-point maple design with the Titanic privy to the left of its stem. It is inscribed with the words “CANADA,” “9999 FINE SILVER” and “1 OZ ARGENT PUR.”

The obverse of each 1 ounce Silver Maple features a portrait of Queen Elizabeth II, designed by Canadian artist Susanna Blunt. Each coin has a diameter of 38mm and a thickness of 3.29mm.

Backed and guaranteed by the government of Canada, 1 Oz Silver Maples are eligible for contribution in your Self-Directed IRA and is the perfect addition to any investment portfolio.

The Monnaie Royale Canadienne, as it is known in French, is the Crown Corporation that issues all of Canada’s circulation coins. It is the world’s only mint to produce .9999 fine commemorative coins, while also striking bullion coins and bars, medallions, and even tokens. The Royal Canadian Mint also provides silver and gold assay services, while running a highly-advanced technical refinery.

Striking its first coin in 1908, the Royal Canadian Mint has been producing Canada’s circulation coins for more than a century. The Crown Corporation took a spot in the Guinness Book of World Records in 2007, producing the world’s largest coin: a 100 kg .9999 fine $1 million gold coin.

Celebrate the harrowing story of the Titanic, while investing in silver bullion. Order your 1998 Titanic Privy Silver Maple from Provident Metals today. Each coin arrives in a protective air-tite holder, for long-term storage and protection.

"I ordered two of these. This is one of the scarcest issues. Only 26,000 made. The two that came were sealed in the mints original packaging. I have to say they look MS-70 to me. I could not find a tiny ding anywhere on them. :) Made me smile. A couple of very rare pieces. Mintage wise and condition wise. I wanted something different for my collection. They arrived promptly and were packaged with great care. Joe"
Ray from - November 08, 2016