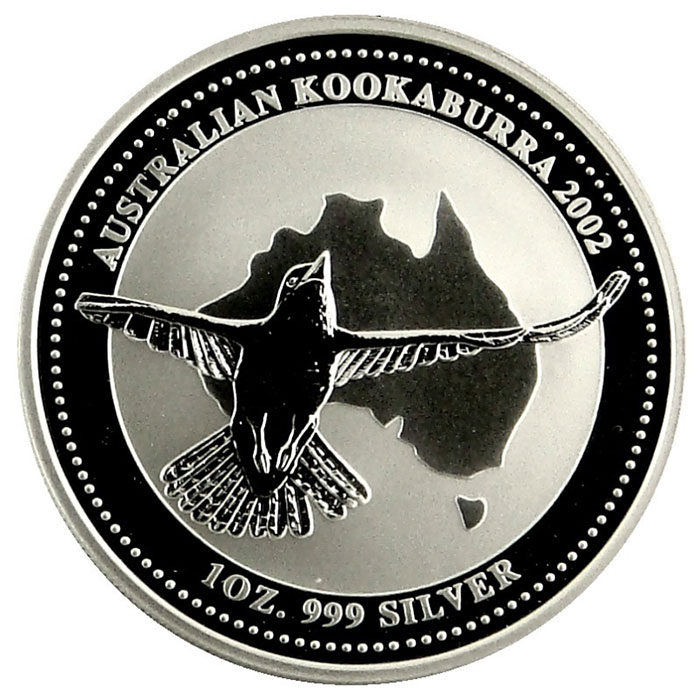 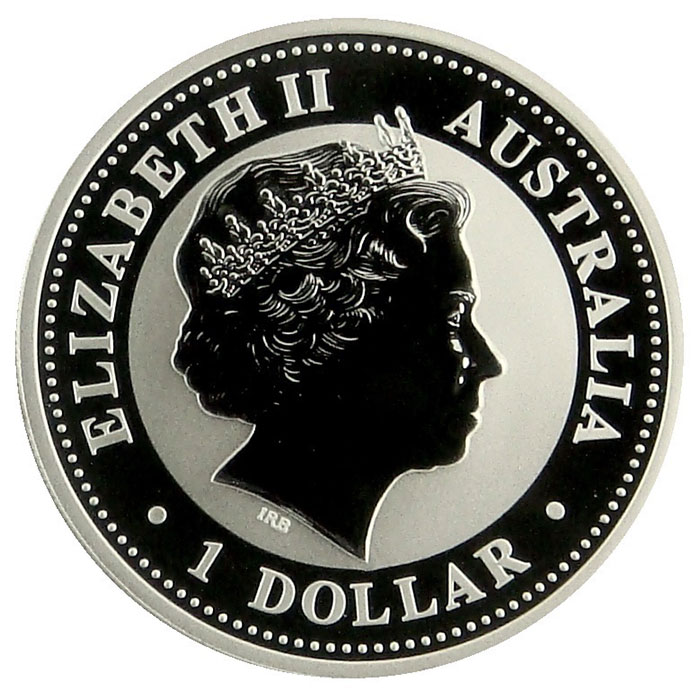 Composed of 1 troy ounce of .999 pure silver, the 2002 Australian Kookaburra is a simple and affordable way to invest in precious metal — and it’s eligible for contribution in your self-directed IRA.

Each 1 oz Silver Kookaburra arrives in brilliant uncirculated condition, housed in a plastic capsule for long-term storage and protection.

Since 1990, the Perth Mint has released the Silver Kookaburra annually. Each installment features a new design, available in various sizes, from one ounce to one kilo.

The reverse of each 2002 1 oz Silver Kookaburra features one of the bird’s flying above Australia, designed by Jovan Radanovich. It is inscribed with the words “THE AUSTRALIAN KOOKABURRA 2002, 1 OZ .999 SILVER.”

The obverse of each Silver Kookaburra features Ian Rank-Broadley’s Queen Elizabeth II design, and it is inscribed with the coin’s denomination of one dollar.

– January 1 – Euro coins and notes were introduced across Europe: Italy, France, Belgium, Germany, Austria, Spain, Ireland, Greece, the Netherlands, Finland, Portugal and Luxembourg.
– January 16 – The UN Security Council put an arms embargo in place, freezing all of the assets belonging to Osama bin Laden, al-Qaeda and the Taliban.
– January 23 – Daniel Pearl, a journalist from the Wall Street Journal, was kidnapped in Pakistan. He was brutally murdered on February 1.
– February 8 – February 24 – The 2002 Winter Olympics took place in Salt Lake City, Utah.
– March 12 – Andrea Yates was found guilty of drowning her five children the previous year. Soon after, she was given a life sentence in prison.
– July 21 – WorldCom, the telecommunications conglomerate, filed for Chapter 11 bankruptcy — the biggest filing in US history.
– September 10 – Switzerland joined the United Nations.
– November 25 – President George W. Bush signed the Homeland Security Act into law.

Protect your family’s wealth. Purchase 2002 1 oz Silver Kookaburras from Provident Metals today. Use our secure online ordering system and your bullion will arrive in just days.