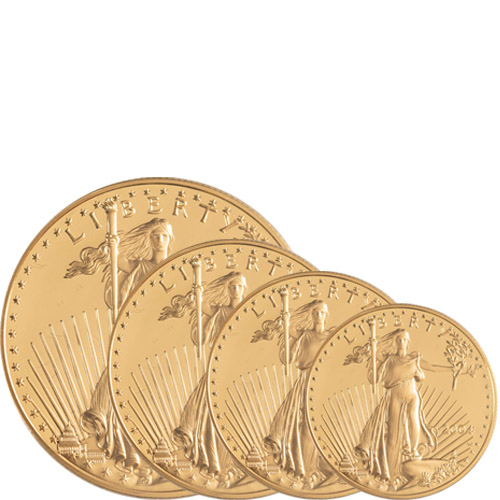 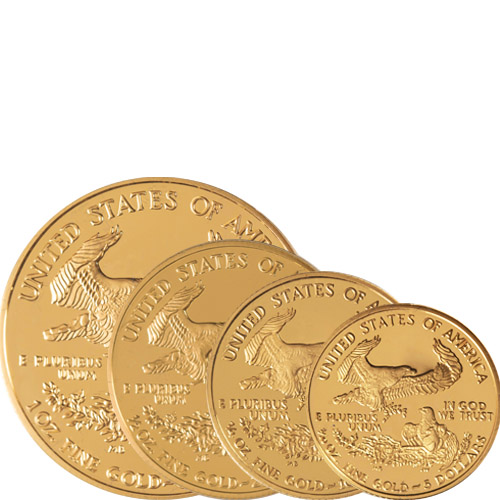 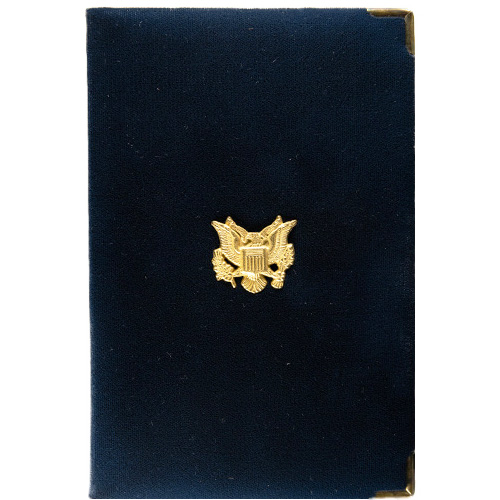 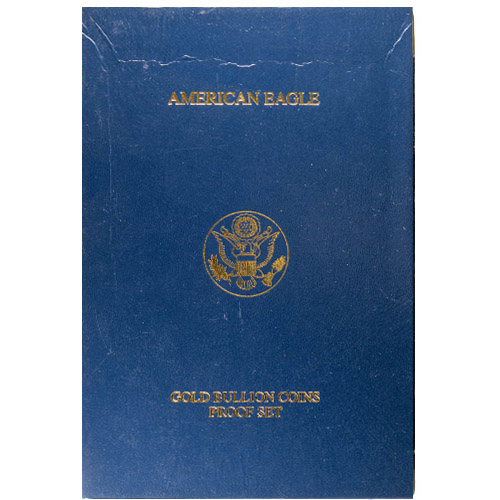 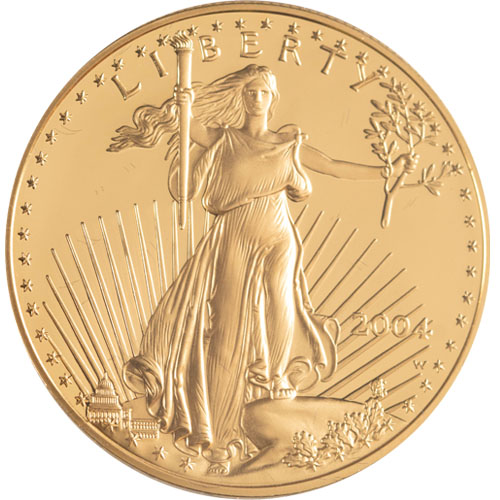 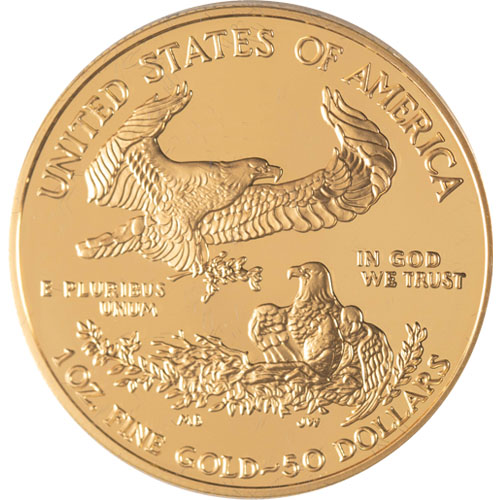 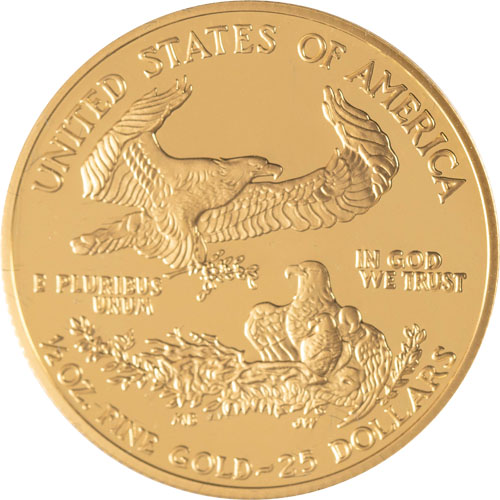 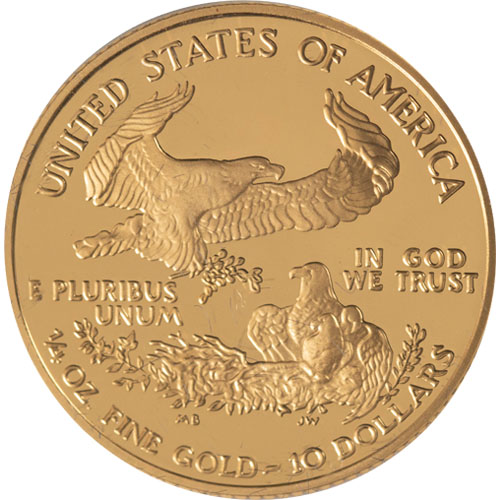 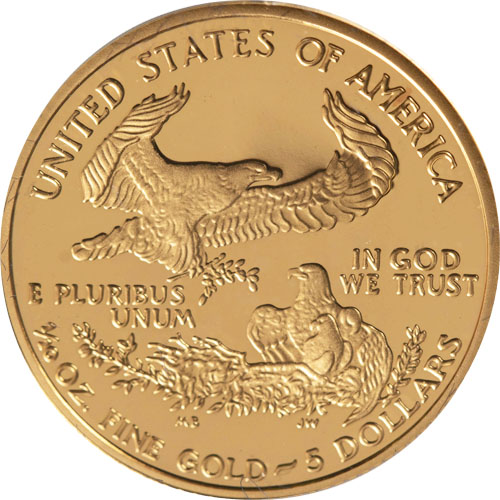 The US Mint sells only the Proof version of the American Eagle Gold coins in these 4-coin sets. These Proof coins are struck in 22-karat gold, with sculpted foregrounds, mirror-like backgrounds, and intricate designs. Each coin is in a protective capsule and the four capsules are in a display box. A Certificate of Authenticity is included. Presently, the 2004-W 4-Coin Proof American Eagle Gold Set is available for purchase from Provident Metals.

Each American Eagle Gold coin is struck in 91.67% gold, 3% silver, and 5.33% copper. The silver and copper make the coins more durable. On the obverse you will find a W mint mark, indicating it was struck at the West Point Mint.

The Walking Lady Liberty, created by Augustus Saint-Gaudens at the request of President Theodore Roosevelt in 1904, adorns the obverse of each of the 2004-W American Eagle Gold coins in this set. This full-length figure of Lady Liberty is walking towards you, her hair flowing, holding a torch in her extended right arm and an olive branch in her left. Included inscriptions are LIBERTY and 2004.

The male Bald Eagle, created by Miley Busiek and sculpted by Sherl J. Winter, adorns the reverse of each of the 2004-W American Eagle Gold coins in the set. The eagle, holding an olive branch in its claws, is flying towards a nest where its family awaits. Included inscriptions are UNITED STATES OF AMERICA, E PLURIBUS UNUM, and IN GOD WE TRUST. Additionally, each coin has its weight and denomination.

Our Provident Metals Customer Service team will be happy to answer any questions you may have about the set. We can be reached via phone at 800-313-3315, via our online live chat, or via our email.