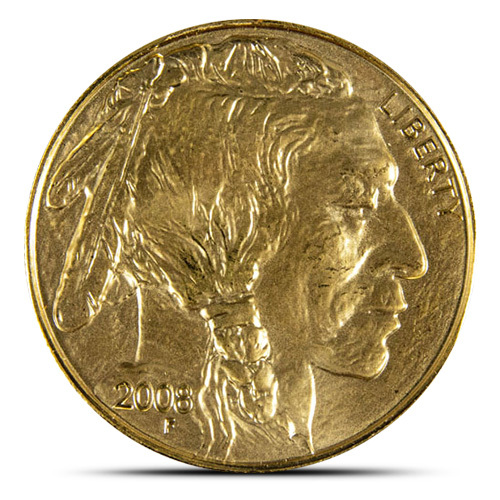 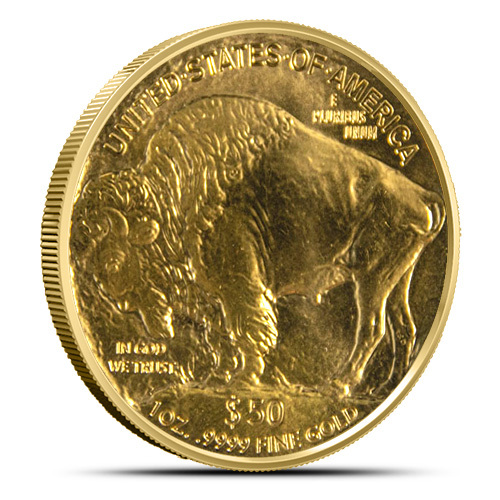 The American Buffalo Gold coin obverse spotlights the Native American Chief design created by James Earle Fraser for the Indian Head or Buffalo Nickel, which circulated from 1913 to 1938. This profile is actually considered to be a composite of 3 Chiefs: Chief Two Moons of the Cheyenne, Chief John Big Tree of the Kiowa, and Chief Iron Tail of the Oglala Lakota. Collectors know it as Frasers 1913, Type I design. The Buffalo Nickel, with the Native American Chief obverse, quickly became one of our best-loved circulating coins. Inscriptions on the obverse are LIBERTY and 2008.

The American Buffalo Gold coin reverse spotlights the American Buffalo design created by James Earle Fraser for the Indian Head or Buffalo Nickel. Black Diamond of the Central Park Zoo, the largest American buffalo held in captivity at the time, is considered to be the inspiration for the buffalo profile. Inscriptions on the reverse are UNITED STATES OF AMERICA, E PLURIBUS UNUM, IN GOD WE TRUST, 1 OZ. .9999 FINE GOLD, and $50.

The Presidential $1 Coin Act of 2005 authorized the production of the $50 American Buffalo Gold coins, to be offered in both bullion and proof condition. These were the first one ounce .9999 pure gold coins produced by the US Mint. They were created to allow the US to keep pace with the 24 karat gold coin options of other countries, such as the Canadian Gold Maple Leaf and the Chinese Gold Panda. The Act also stipulated that the obverse and reverse designs of the Buffalo Nickel, designed by James Earle Fraser, be used as the obverse and reverse of the American Buffalo Gold coins.

Should you have any questions, our Provident Metals Customer Service team will be happy to answer them. We can be reached via phone at 800-313-3315, online via our live chat, or via our email.