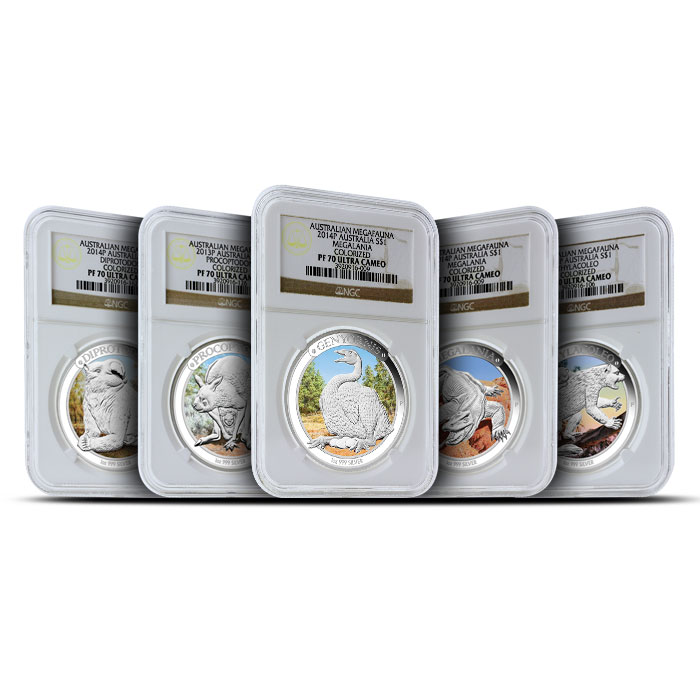 Celebrate some of the world’s most fascinating prehistoric creatures with the Perth Mint’s 2013-2014 Silver Proof Australian Megafauna 5-Coin Set.

Composed of .999 pure silver, each coin has been graded PF70 by the NGC — making it a flawless addition to your investment portfolio.

The set includes all five coins in the 2013-2014 Australian Megafauna Series:

The reverse of each coin in the series features a colorized depiction of the animal highlighted, along with inscriptions of its name, 1 OZ 999 SILVER, and the Perth mintmark, P.

The obverse includes Ian-Rank Broadley’s portrait of Queen Elizabeth II, along with the coin’s year and denomination.