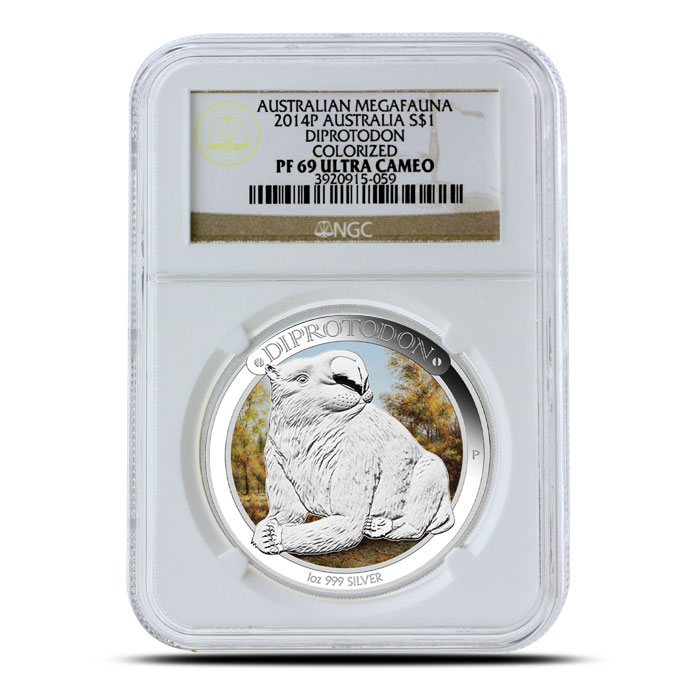 The Perth Mint’s second release in the Australian Megafauna series celebrates a massive marsupial that roamed the Outback during the Pleistocene period (2,588,000 to 11,700 years ago).

Composed of .999 pure silver, this 2014 1 oz Silver Diprotodon has been graded PF69 by the NGC — making it the perfect addition to any investment portfolio.

The reverse features Peter Trusler’s Diprotodon design: the wombat-like creature resting comfortably in front of a natural, colorized background. It is inscribed with the words DIPROTODON, along with the coin’s weight, fineness and the mint mark P.

Invest in the best. Purchase a NGC-PF69 Silver Diprotodon from Provident Metals today.

The Perth Mint was founded in 1899 after gold was discovered in local deposits. The newly-established mint struck gold and silver sovereigns until Great Britain abandoned the gold standard in 1931.