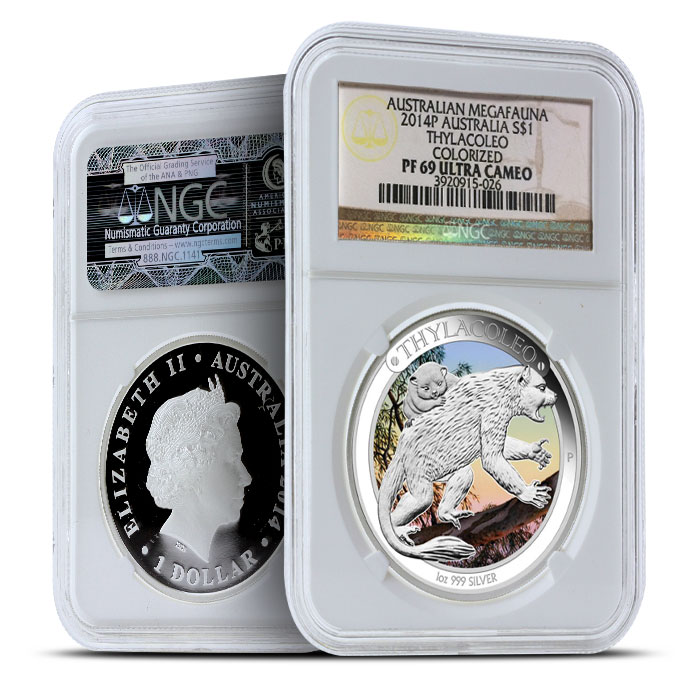 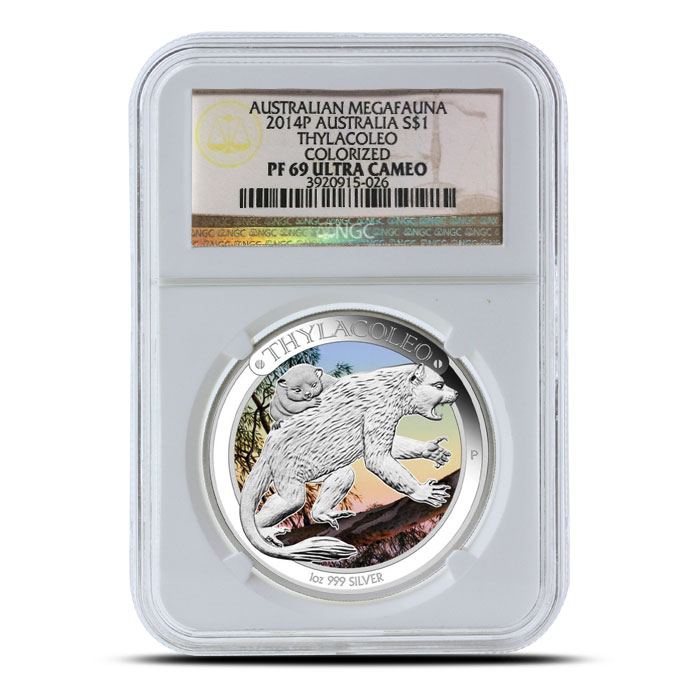 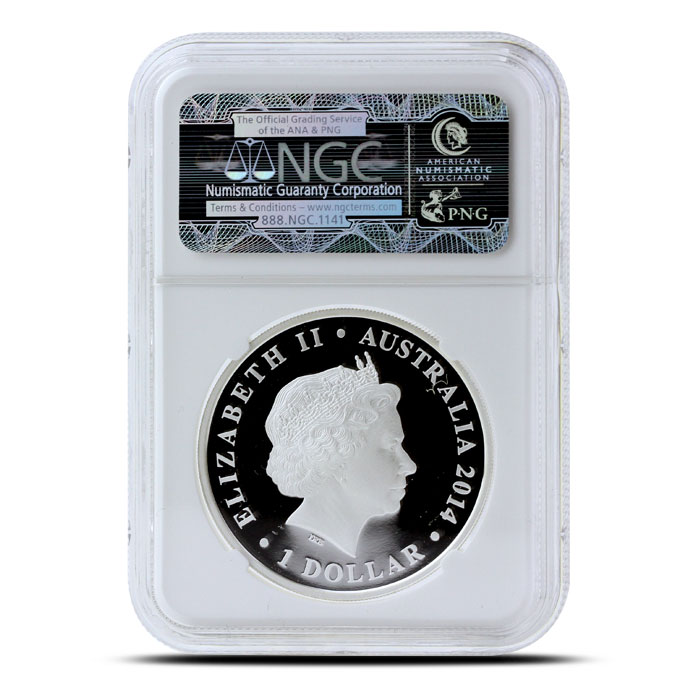 Explore the wonders of the ancient past with the Perth Mint’s 2014 Thylacoleo 1 oz Silver Proof coin, the fourth release in the Australian Megafauna series.

Composed of .999 pure silver, each proof coin has been graded PF69 by the NGC — making it the perfect addition to any portfolio.

The reverse features a pair of Thylacoleo — the largest marsupial carnivore of its time — set against a colorized background. A fuzzy cub peers over the back of it’s long-tailed mother as she climbs a dark-brown branch. The coin is inscribed with THYLACOLEO and 1 OZ 999 SILVER, along with the Perth mintmark, P.

This NGC-PF69 certified Silver Thylacoleo joins a pantheon of amazing species from Australia’s prehistoric past. Add this incredible coin to your collection when you order from Provident Metals today.

The Thylacoleo is unlike any creature living today, and it is widely considered the most specialized mammalian carnivore of all time. Its forelimbs were amazingly strong, allowing it to carry prey up into a tree — which it caught with semi-opposable thumbs, large claws and massive shearing teeth.

The Thylacoleo had an incredibly muscular tail, with specialized bones that allowed it to rock onto its hindquarters in order to slash and grasp animals like the giant kangaroo and hippopotamus wombat.