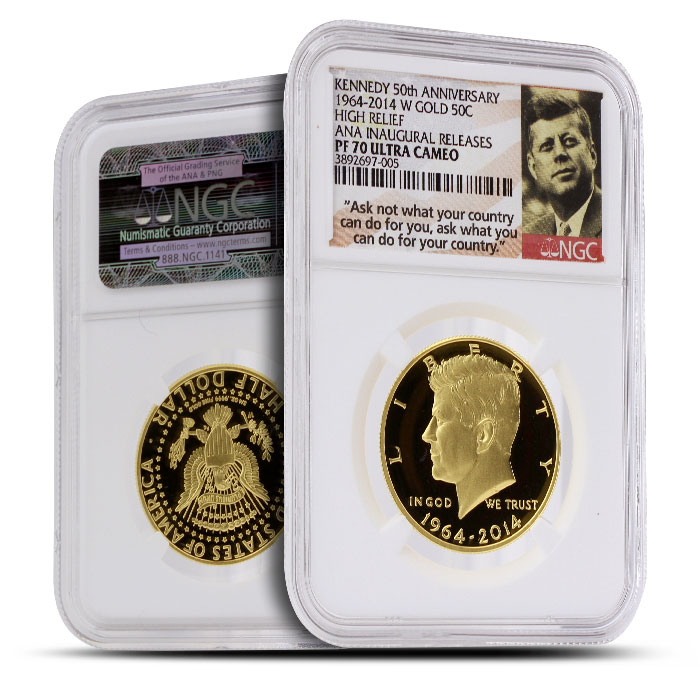 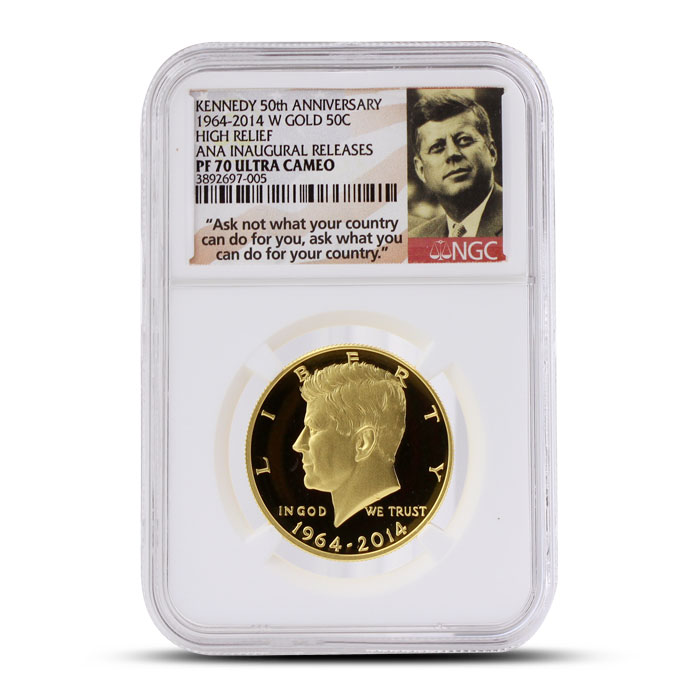 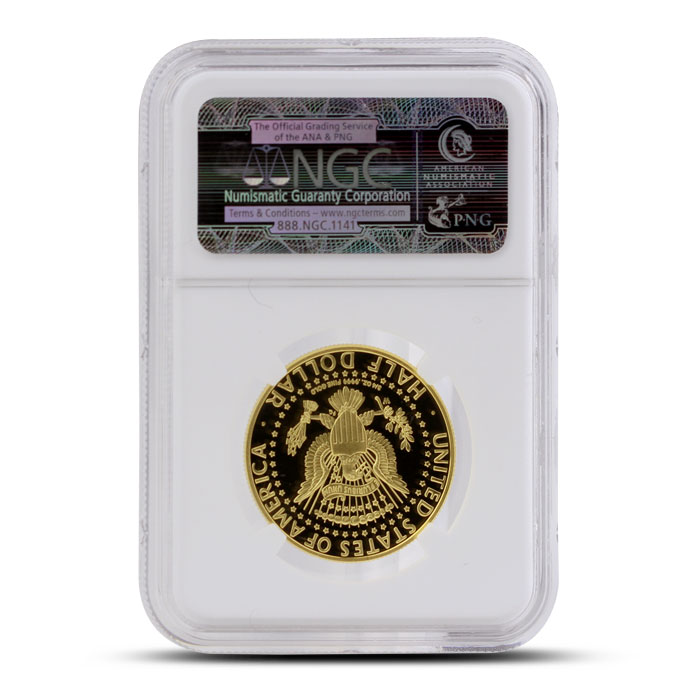 Commemorating the 50th anniversary of the release of the first Kennedy Half Dollar in 1964, this 2014 gold coin features the same obverse and reverse as the original.

This Kennedy 50th Anniversary 1964-2014W Gold coin has been rated PF70 by the Numismatic Guaranty Corporation (NGC) thanks to its flawless condition.

Designed by Gilroy Roberts, the obverse features the profile of our nation’s 35th president. LIBERTY, IN GOD WE TRUST and 1964-2014 are inscribed.

The reverse features a modified version of the presidential seal. UNITED STATES OF AMERICA and HALF DOLLAR are also engraved.

Celebrate 50 years of one of America’s most popular commemorative coins by ordering from Provident Metals today.

A grade of PF70 means the coin has maintained its original luster and it is in near perfect condition. PF70 is the highest grade a coin can receive, showing no signs of wear, damage, nicks or any other visible imperfections.

About the Kennedy Half Dollar

Authorized by Congress a month after the assassination of President John F. Kennedy, the Kennedy Half Dollar was first produced by the United States Mint in 1964. Acting as a memorial to the president, the Half Dollar quickly rose in popularity.

Today, the Kennedy Half Dollar is released with limited mintages, only produced to satisfy the demands of collectors.

About the United States Mint

Under Treasury Secretary Alexander Hamilton, the United States Mint was founded after the passage of the Coinage Act of 1792, which granted the construction of a federal Mint at the nation’s capital.

Today, the Mint adheres to its founding principles — and core American values — producing a variety of bullion products, including proof, uncirculated and commemorative coins.