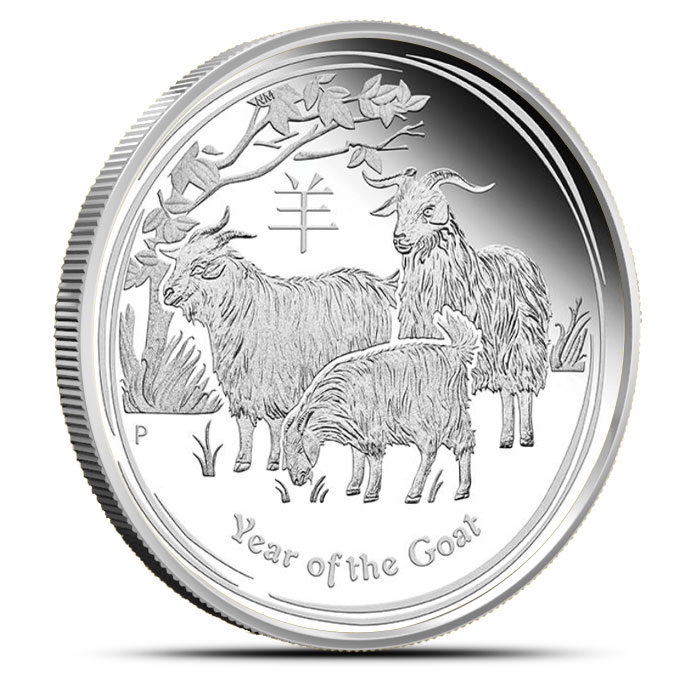 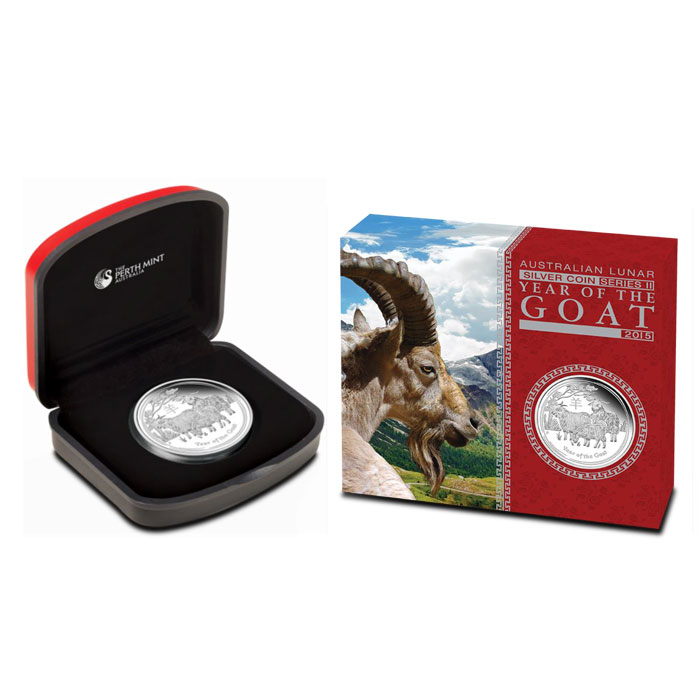 Composed of 1 troy ounce of .999 pure silver, each coin is struck in a stunning proof finish, and they will be released with a maximum mintage of 8,500 coins — so get yours while supplies last.

Designed by Natasha Muhl, the reverse features a sweet family of goats, grazing in their natural habitat. The Chinese character for ‘goat’ is inscribed, along with YEAR OF THE GOAT and the Perth mintmark, P.

Honor those born in the Year of the Goat — while investing in precious metal — with this 1 oz silver proof coin, now available at Provident Metals.