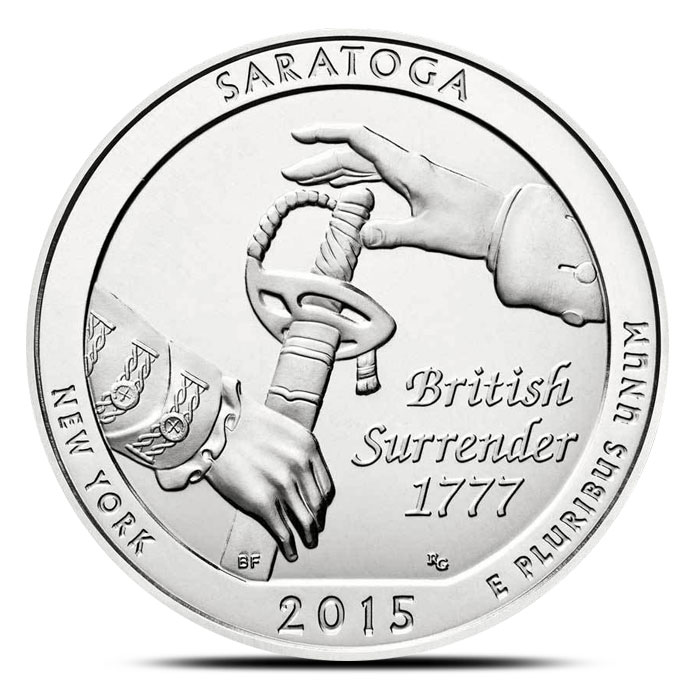 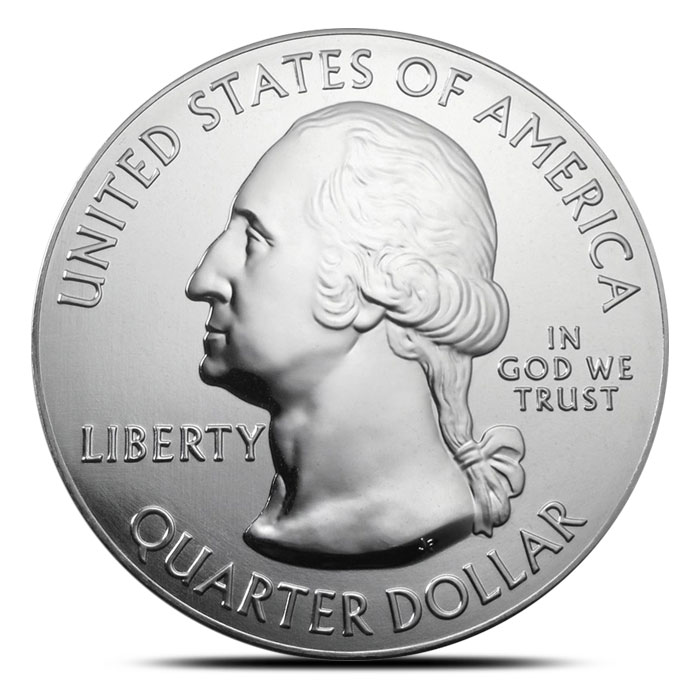 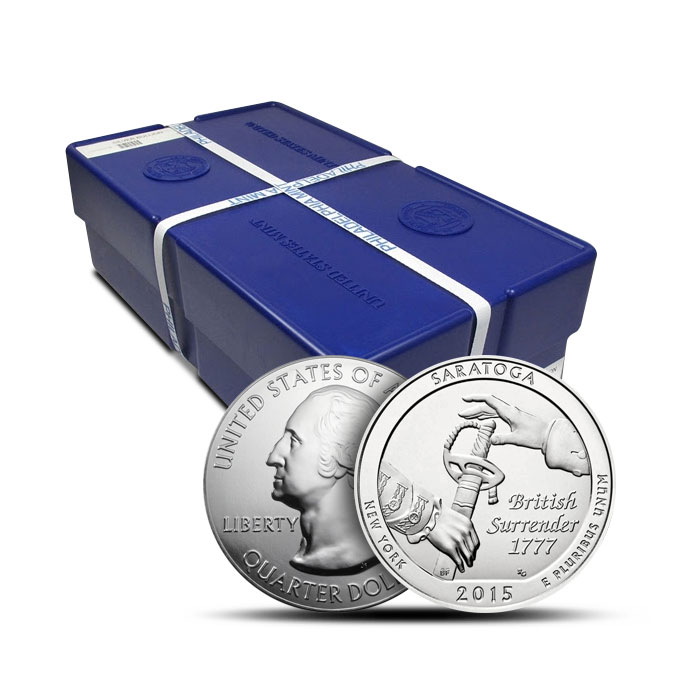 Out of Stock
Sorry! We're sold out right now.
NOTIFY ME
BUY BACK PRICE: $135.85
Add to WishlistLog In to add this product to your Wishlist

It is possible that 5 oz silver ATB coins will arrive from the U.S. Mint with blemishes, including scratch marks, die polishing, rim dings, and general wear. Provident Metals does not sort, or selectively distribute government minted coins based on condition.

Commemorate the Battle of Saratoga by ordering this 2015 5 oz America the Beautiful Silver Coin from Provident Metals. Each coin contains five troy ounces of .999 fine silver and was struck by the U.S. Mint as part of its Silver Bullion Coin Program, which showcases many of the most stunning landscapes in the United States of America.

The reverse design of this 5 oz Silver Coin depicts the moment of surrender by the British army at the Battle of Saratoga in 1777. The Battle of Saratoga was a pivotal point in the American Revolutionary War; it renewed hope of independence, and has been called the turning point of the American Revolutionary War. The scene on the reverse displays the moment General Horatio Gates accepted the sword of surrender from General John Burgoyne of the British army. “British Surrender 1777” is inscribed within the image. Other inscriptions read “SARATOGA,” “NEW YORK,” “E PLURIBUS UNUM” and “2015.”

George Washington’s familiar portrait resides on the obverse, just as it does on each America the Beautiful 5 oz Silver Coin. “UNITED STATES OF AMERICA,” “QUARTER DOLLAR,” “LIBERTY” and “IN GOD WE TRUST” are engraved.

Saratoga is the fifth and final ATB design to be released in 2015, following Blue Ridge Parkway, Homestead, Bombay Hook, and Kisatchie. Overall, it is the 29th design in the 56-coin series that was first launched in 2010 and is scheduled to continue on through 2021. The series will pay tribute to all 50 states, each of the five territories and a U.S. federal district.

Manufactured at the U.S. Mint, each Battle of Saratoga 5 oz Coin is eligible for inclusion into Precious Metal IRAs. The Sovereign Mint owns many of the highest accreditations in the industry, making each hefty, intricate coin an ideal investment for Bullion collectors. The coins are backed by the U.S. government and hold a legal tender value of 25 cents, but their true value lies in the coin’s silver content and worldwide recognition.

Continue your America the Beautiful collection or increase the strength of your precious metals holdings with this 2015 ATB Battle of Saratoga 5 oz Silver Coin. Order online quickly and securely or call us at 800-313-3315.

"Great Coin, price was the best around on this series. Great service all around. Paid by check so shipping took longer. All was packed very well in my order, and the customer service was great all around. Thanks Provident!! "
Donald from - January 05, 2016

"I love this coin, one more for the collection towards my entire set. The only thing though I thought it would come with the enclosed case, it did not, it came inside of the plastic slip, I can't complain though because the price was the cheapest in the market when I bought it, The shipping it's a bit slow compared to other companies that offer the same products. "
Ronald from - December 15, 2015