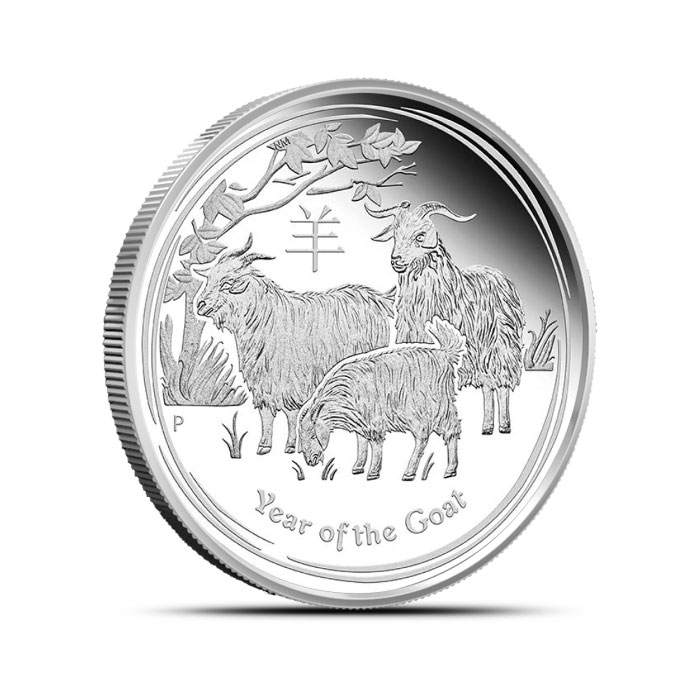 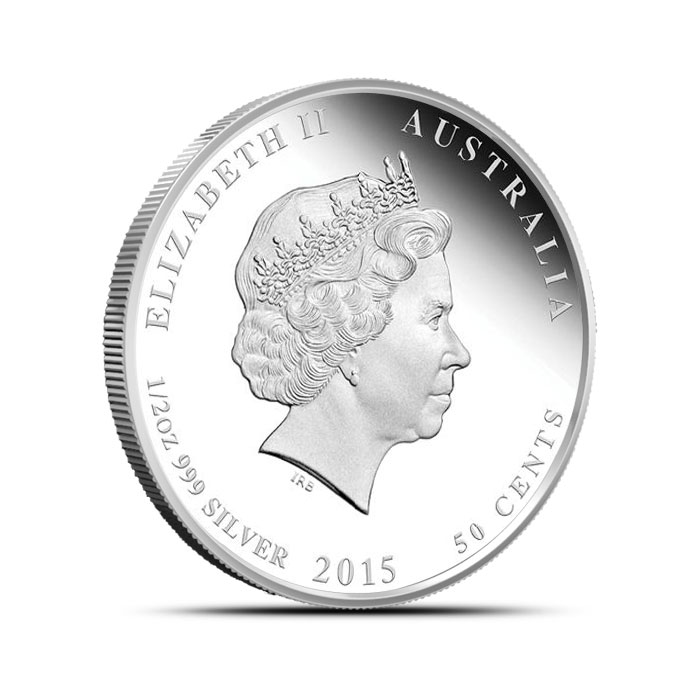 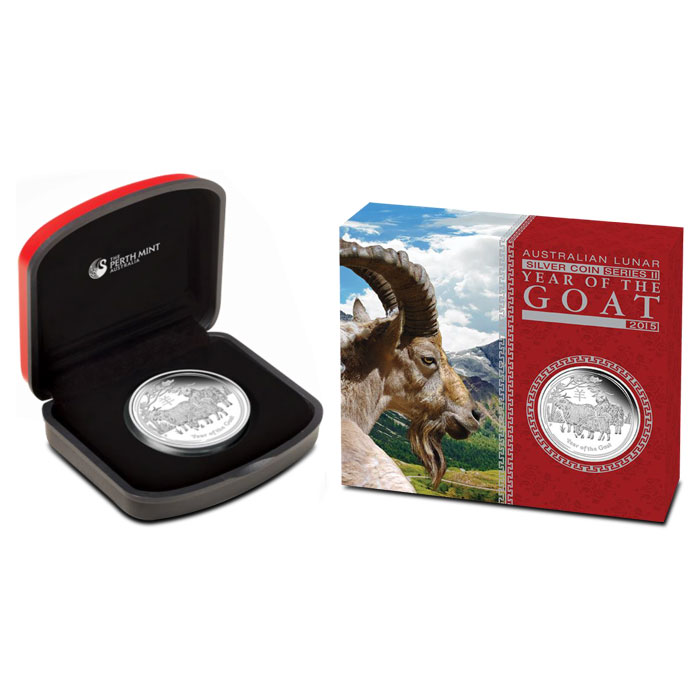 Composed of troy ounce of .999 pure silver, each coin is struck in a stunning proof finish, and they will be released with a maximum mintage of 9,000 coins — so get yours while supplies last.

Deemed legal tender by the government of Australia, each oz Year of the Goat comes in an attractive red and black lunar presentation case and themed shipper, along with a numbered Certificate of Authenticity.

Honor those born in the Year of the Goat — while investing in precious metal — with this oz silver proof coin, now available at Provident Metals.