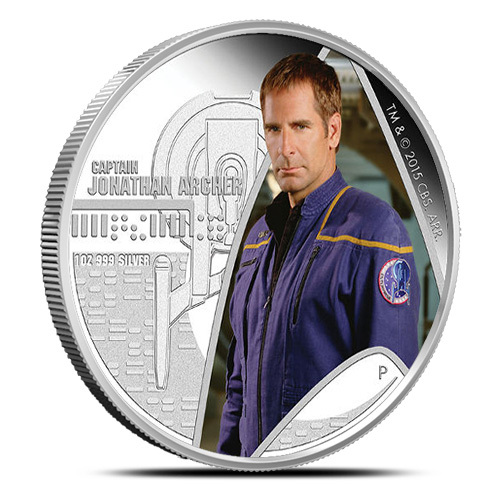 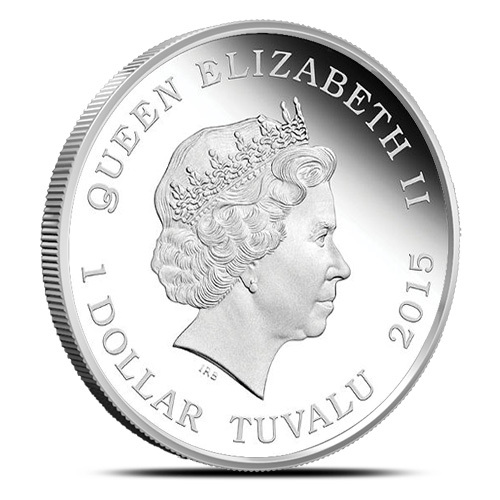 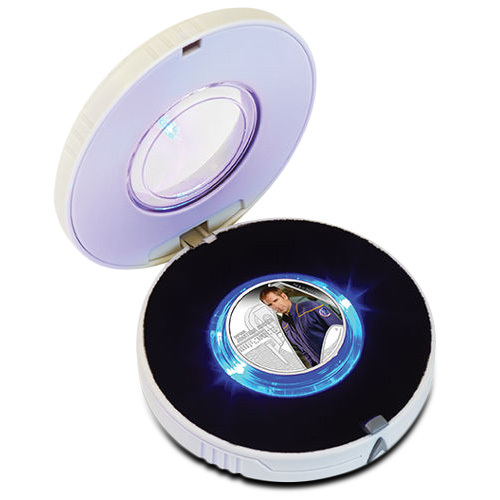 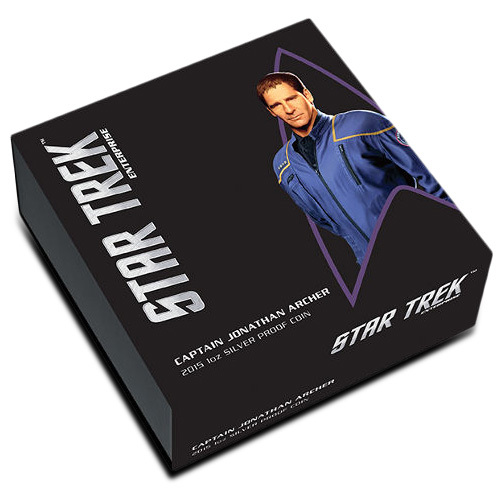 Star Trek-themed coins are very popular, which speaks to the popularity of the shows and movies that have been released over the past few decades. The Perth Mint has released a new silver coin to honor the fifth and final television series from this famous franchise. Right now, you can purchase this coin, the 2015 Proof Tuvalu Star Trek Captain Archer 1 oz Silver Coin from Provident Metals.

Since 2016 marks the 50th anniversary of the start of Gene Roddenberrys Star Trek franchise, it is no surprise that there is a new coin series to honor the franchise. The Original Series television show originally aired in 1966, and over time, four other shows, an animated series, and thirteen films have been created.

On the obverse of each 2015 Proof Tuvalu Star Trek Captain Archer 1 oz Silver Coin, you will see the right-profile image of Queen Elizabeth. Also on this side of the coin, you will notice engravings of the coins face value, nation or issue, and year of issue, as well as the Queens name.

Scott Bakula can be seen on the reverse of these coins in his iconic role as Captain Jonathon Archer, the starship Enterprises leader. In the image, he is wearing his uniform in front of a Star Trek background. Engravings on this side of the coin include Archers name, as well as the coins weight, purity, and metal content.

These coins are minted by Australias Perth Mint, which is located in the state of Western Australia. As a state-owned entity of the local government, many people are surprised to learn that it isnt associated with the Royal Australian Mint, which produces the legal tender for the country.

Buying precious metals online has never been easier than with Provident Metals. With just a few clicks of your mouse, you will have beautifully crafted precious metals products delivered to your door in protective, discreet packaging. Our boxes never give away whats inside to protect your investment from theft during the shipping process. Plus, all orders of more than $299 will ship for free.

Should you have any questions about these or any of the other products on our website, please reach out to our customer service team. You can reach a customer service agent via live chat or email. Reach us by phone at 800-313-3315.

All orders of $299 or more that are eligible for free shipping are, by default, shipped via a carrier of our choice (USPS or UPS). Depending on the contents and size of your purchase, you may be able to upgrade to a specific carrier during checkout.