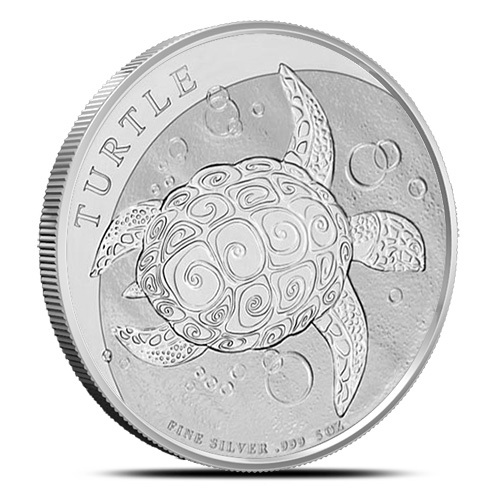 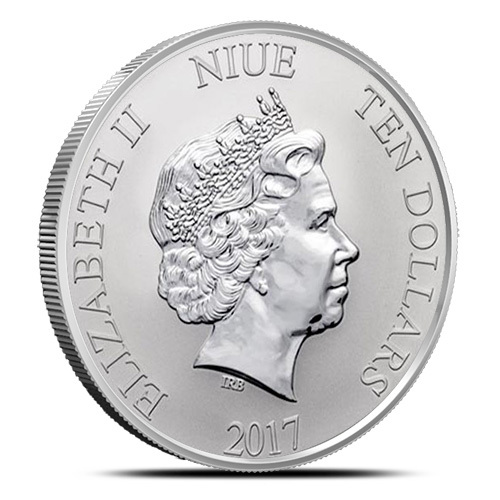 The Nuie Hawksbill Turtle Series started out as the Fiji Taku Series in 2010. The coin series is known for the unique reverse design featuring the hawksbill turtle, which is native to the South Pacific region. This design didnt change when the series switched release countries. Today, you can purchase the 2017 New Zealand $10 Niue Hawksbill Turtle 5 oz Silver Coin from Provident Metals in Brilliant Uncirculated (BU) condition.

The coins available in this listing are in Brilliant Uncirculated condition, which means that they show no signs of wear and tear. However, in this condition, coins may have minor flaws, including breaks in luster, spotted surfaces, or contacts marks that are obtained during the coining process.

On the obverse face of each 2017 New Zealand $10 Niue Hawksbill Turtle 5 oz Silver Coin, you will see the image of Queen Elizabeth. In this particular depiction of the Queen, she is shown in right-profile relief. This design was created by Ian Rank-Broadley in 1998, and it is the fourth-generation image of Her Majesty.

The reverse face of these coins features the image of the hawksbill turtle. This species of marine turtle can be found in the tropical areas of the Atlantic, Indian, and Pacific Oceans. They were named based on their narrow, pointed beak.

After the Fiji Taku coins were discontinued, Niue picked up the pieces and released the Niue Hawksbill Turtle Silver Coins with the same design in 2014. Since political instability had long plagued Fiji, the coin series was discontinued. Fortunately for collectors, the series was reintroduced with the only change being the issuing country.

These coins are minted by the New Zealand Mint, which also produced the Fiji version of the coins.

When you order precious metals products from Provident Metals, you know that your order is as safe as possible throughout the shipping process, because we use only discreet packaging. All orders of more than $199 ship for free.