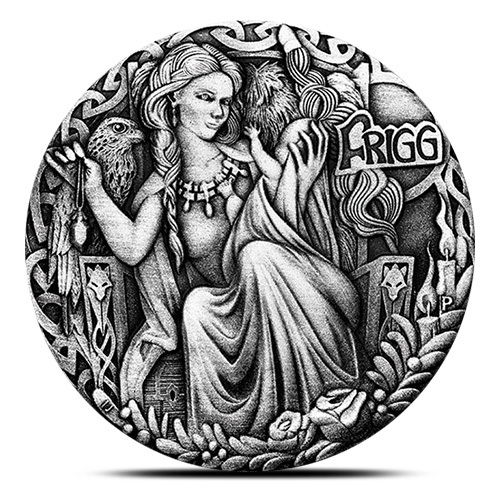 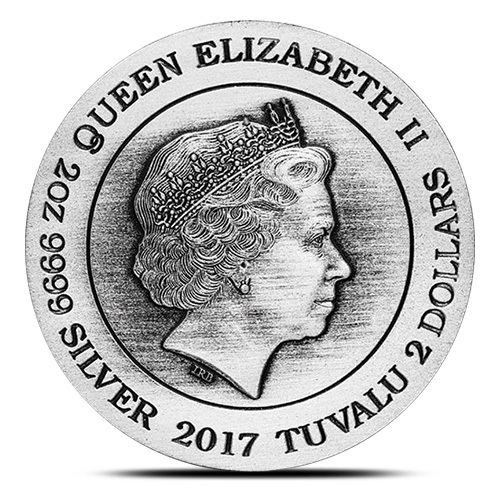 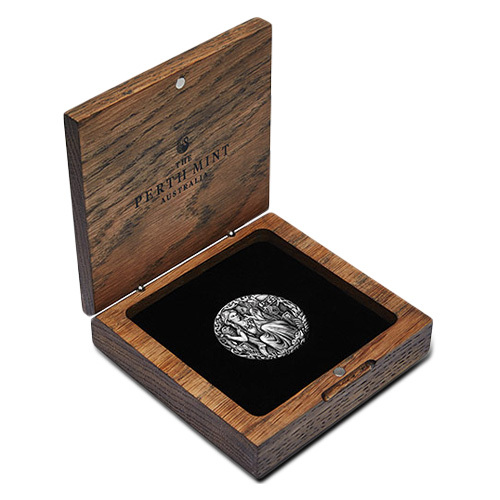 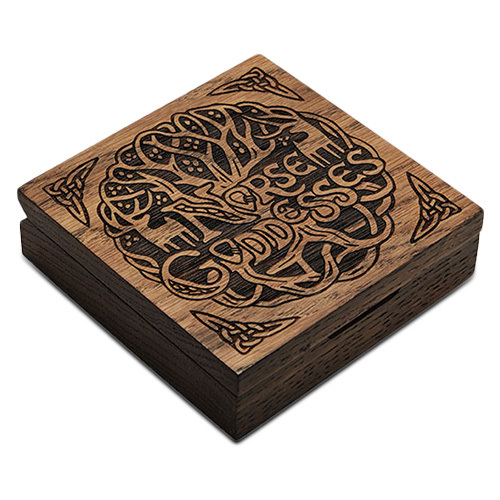 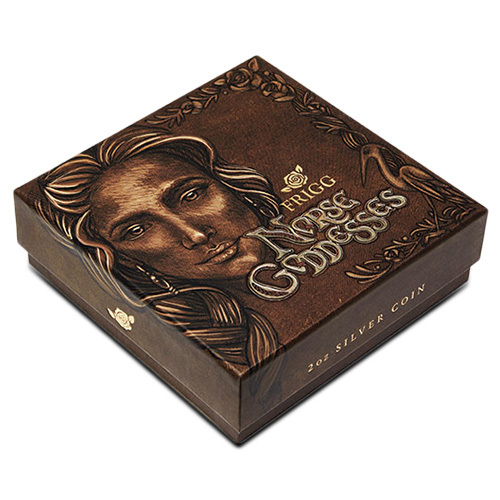 With a well-earned reputation for excellence and creativity, the Perth Mint offers some of the most interesting and unique coins in the world. The Norse Goddesses Series of coins features a fresh design of a Norse goddess, with the 2017 Tuvalu Norse Goddesses Frigg 2 oz Silver Coin being the 2nd design released in the series. This design has an antique finish to it which lends an heirloom quality to a piece that has not been in distribution. Each of the coins contains 2 Troy oz of .9999 pure silver and is appreciated by the serious and casual collector alike.

Your 2017 Tuvalu Norse Goddesses Frigg 2 oz Silver Coin is delivered to you inside of an elegant wooden display case that includes engraved detailing on it. The coins are set against black velvet, ideal for displaying. A numbered Certificate of Authenticity is included with each coin.

Frigg is one of the goddesses appearing in Norse mythology. She is known as being the goddess of love, marriage, destiny and so much more. Frigg is often shown holding or sitting near a spindle and threat, as shes also known as the goddess of weaving. It is said that Frigg holds the power needed to spin the very threads of fate in order to determine the destiny of the gods and man both.

The 2017 2 oz Tuvalu Norse Goddesses Frigg Silver High Relief Coin featured in this product listing is the second in the series from Perth Mint. Each coin starts as a stunning rimless blank, giving it the appearance of ancient coinage. An antique patina is added to enhance that ancient appeal, and a high relief striking brings the imagery to life.

The obverse design of each of the coins in this series features the right-profile portrait of Her Majesty Queen Elizabeth. This fourth-generation of Her Majesty was designed by famed sculptor Ian Rank-Broadley in 1998. The image of Her Majesty is framed by her name, Queen Elizabeth II, along with the nation responsible for releasing the coin, the face value, the year of release, the weight and metal content of the coin.

The reverse design of the 2017 Tuvalu Norse Goddesses Frigg 2 oz Silver Coin features the image of Frigg seated upon Odins throne. Frigg is depicted holding a newborn baby in her left hand, while she dangles a rose quartz pendant in her right hand. Frigg is accompanied by several interesting design features, including a falcon, candles and the woven threads of destiny she is charged with protecting.

Frigg is married to the all-father, Odin; this makes her the Asgardian Queen. Frigg is mother to Balder and Hod, and is the stepmother to Thor, Heimdall and Odins many other children.

If you have questions about this silver coin, or perhaps about others in the collection, please feel free to reach out to our customer service team. You can call us at 1-800-313-3315 or send us an email. You can also connect with us through the online chat feature on our site. We look forward to helping you.