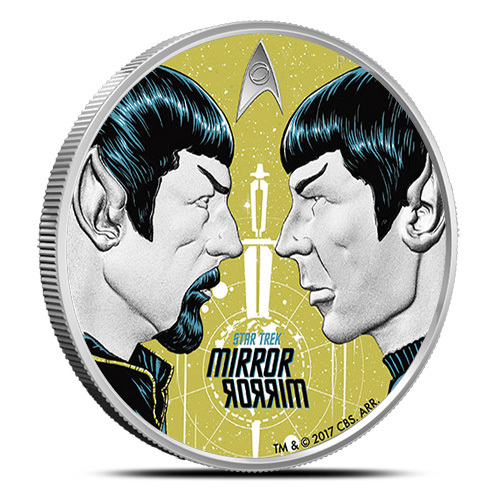 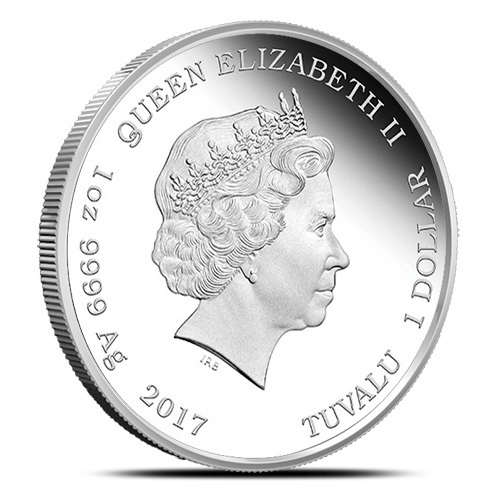 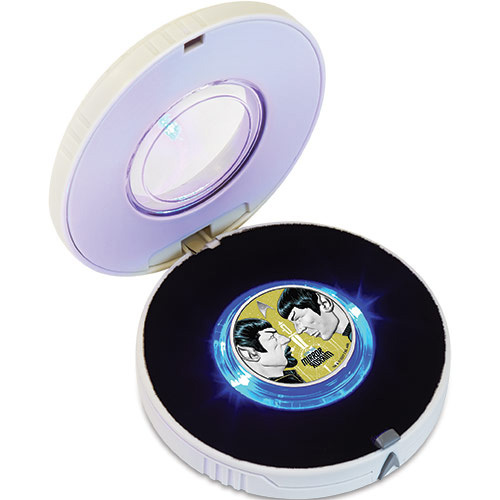 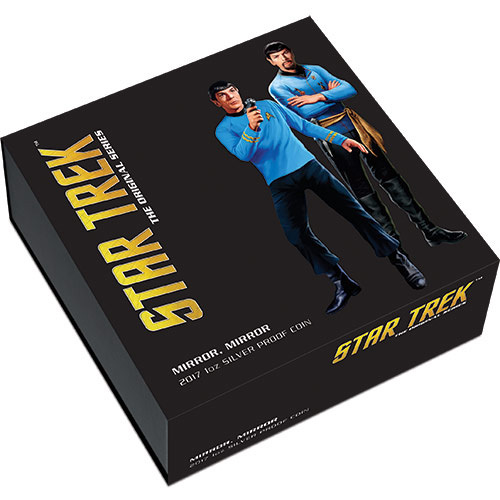 Star Trek has graced both the large and small screen for more than 50 years. With five different television shows and 13 feature films, the Star Trek universe is vast. Right now, the Perth Mint has released a stunning series of proof coins to celebrate the series. You can purchase the 2017 Proof Tuvalu Star Trek Mirror, Mirror 1 oz Silver Coin from Provident Metals.

The coins in this listing ship to your door in a Star Trek-themed case transporter that lights up when the lid opens. The transporter comes inside a custom-designed display case and a themed shipper box. Each coin comes with a numbered Certificate of Authenticity.

On the obverse face of the coin, you will see the right-profile portrait of Queen Elizabeth II. She appears on the front side of all Australian and commonwealth coinage. This particular image was created by Ian Rank-Broadley in 1998.

The reverse side of each coin shows the image of Spock and Spock Prime facing each other as they did in the episode Mirror, Mirror, which was released 50 years ago. In the background, you can see the Earth bisected by a sword with the design of Spocks uniform insignia visible. The coin is colorized.

The episode Mirror, Mirror was part of the Star Trek: The Original Series. In the episode, which first aired on October 6, 1967, Captain Kirk, Dr. McCoy, Chief Engineer Scott, and Lieutenant Uhura are transported back to the Enterprise ship during an ion storm, which causes a malfunction in the transporter. This results in the group ending up in a different universe, while their evil counterparts end up back to the Enterprise.

Precious metals products are a bit delicate. For this reason, Provident Metals takes great care in packaging their shipments. Additionally, we package our products in discreet packaging to protect your purchase throughout the shipping process. All orders of more than $199 ship for free.

If you have any questions, please contact our customer service department. You can reach us via email, live chat, or telephone at 800-313-3315.