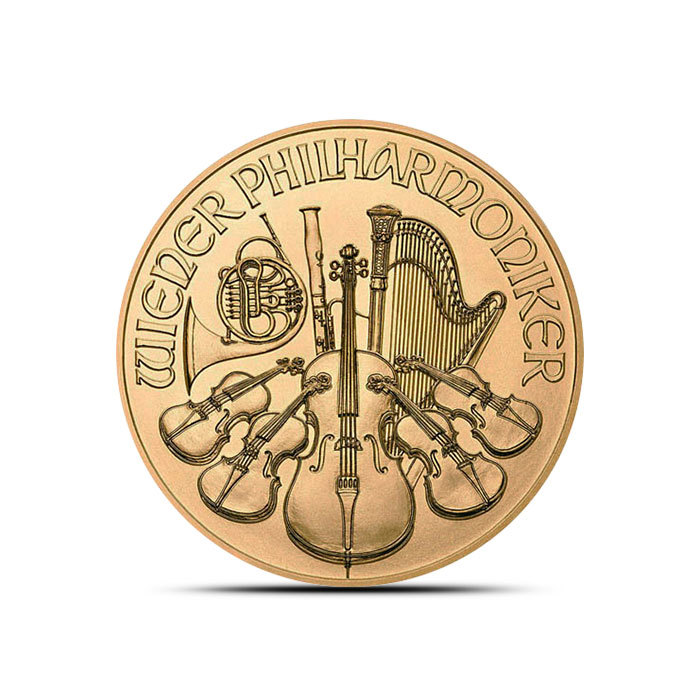 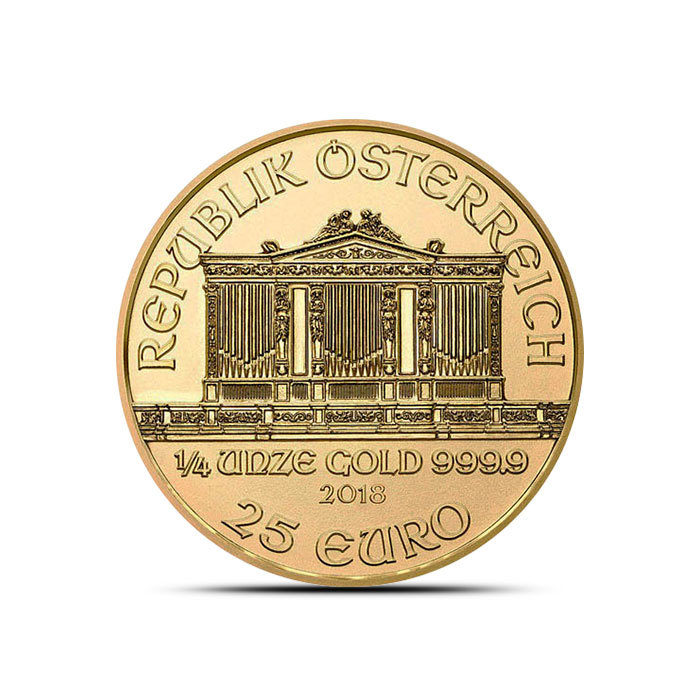 Austrian Philharmonic Gold Coins have been one of the most popular gold coins coming out of Europe. Since they were introduced in 1989, these coins have been considered some of the most beautiful coins in the world. Originally, these coins were released in Austrias native currency, but now they are the only European bullion coin with the shared Eurozone currency (Euros). Today, you can purchase the 2018 Austrian Philharmonic 1/4 oz Gold Coin in Brilliant Uncirculated (BU) condition at Provident Metals.

While the images on the Austrian Philharmonic coins has remained the same since their introduction in 1989, the coins have seen some changes since the beginning. For starters, the program started with only a 1 oz and 1/4 oz gold option. Now, you can purchase a 1/2 oz, 1/10 oz, and 1/25 oz gold coin, as well as a 1 oz silver coin.

On the obverse of each coin, you will notice the image of the Musikverein, a pipe organ that can be found inside the Golden Music Hall in Innere Stadt, the neighborhood in Vienna where the Philharmonic is located.

The reverse of these coins features the image of various instruments that are used by members of the Vienna Orchestra. These instruments include a cello, a Vienna horn, a harp, a bassoon, and four violins. This brings the total number of instruments up to nine of the reverse side of the coin.

The Austrian Mint has been producing these Philharmonic coins since 1989. In that time, five other coins have been added into the program. There was also a special, one-time release coin that came on for the 15th anniversary of these coins. In 2004, the giant 1,000 Troy oz Austrian Philharmonic was introduced. It was worth a whopping 100,000 Euros and was 10 times wider and 1,000 times heavier than the 1 oz gold coin.

If you are interested in ordering these coins from Provident Metals, it is as easy as a few clicks of the mouse. For any assistance, please reach out to our customer service representatives, who can be reached via email, live chat, or telephone at 800-313-3315.

All packages from Provident Metals ship in discreet packaging, and orders over $199 ship for free.