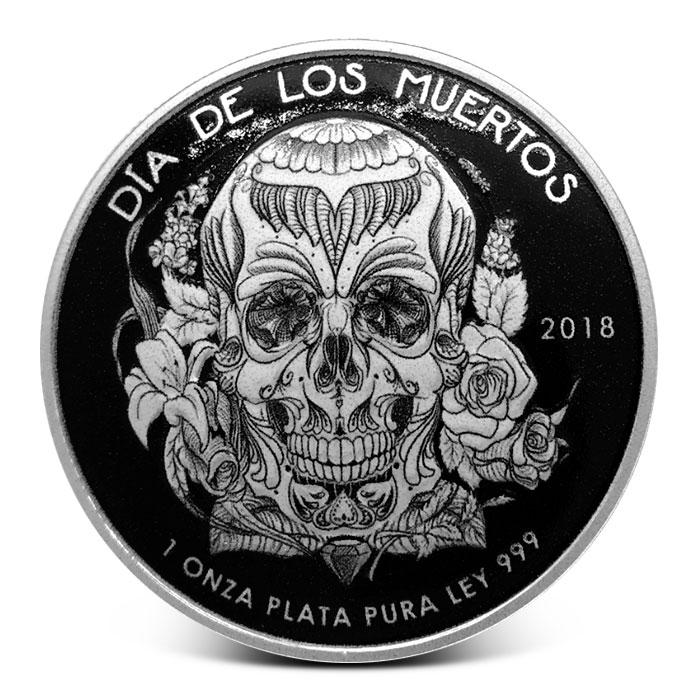 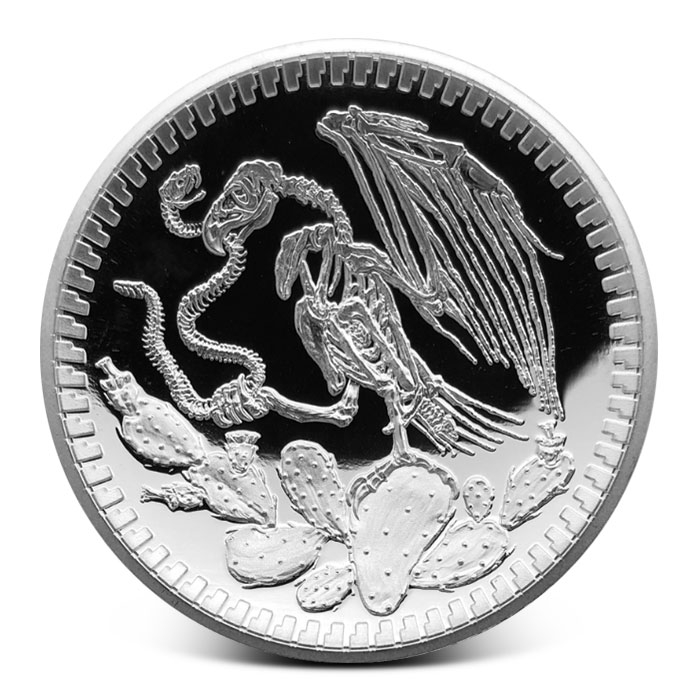 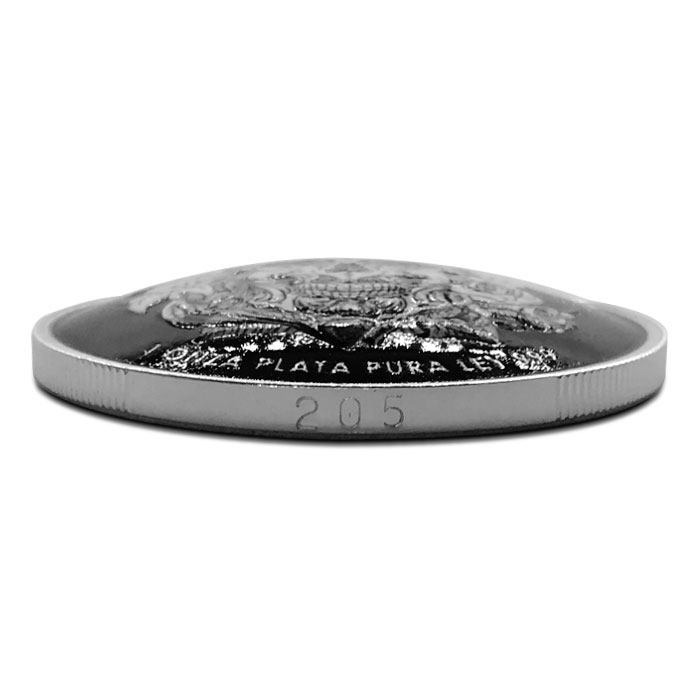 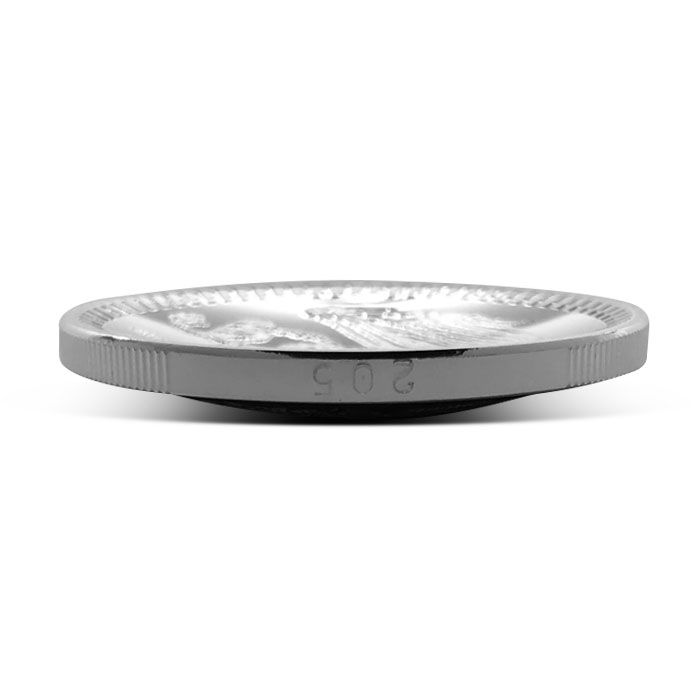 Dia De Los Muertos (or Day of the Dead) is one of the most anticipated Mexican holidays of the year. Held from October 31st through November 2nd, this 3-day fiesta full of colorful flowers, sugar skulls, fragrance, and food celebrates the beloved souls who have returned from the afterlife to join us for one special event each year.

The limited-edition “Diamond Skull” design is beautifully struck in .999 pure silver. Provident Metals is proud to offer three exquisite 2018 variations: A 1 oz proof round, a 1 oz colorized round, and the unprecedented 1 oz black stencil round. This stunning 1 oz black stencil round is the first of its kind from the renowned Osborne Mint. The stenciled lines and jet-black background lends a multidimensional quality to the image, and its domed, reeded shape is beautiful to behold in hand. But hurry – with a limited run of only 500 pieces, these magnificent rounds are sure to sell out fast.

Don’t wait to add this 1 oz Day of the Dead black stencil round to your collection today!

The obverse of this Dia De Los Muertos black stencil round features the iconic Calavera, or Mexican sugar skull. Sugar skulls represent the souls of the departed and are a central figure in Day of the Dead celebrations. Traditionally, the name of the deceased is written on the skull’s forehead and placed on the home altar or gravestone to honor the spirit’s return. The combination of stencil-traced lines and jet-black background lend a 3-D appearance to the Calavera, who, like the soul it represents, looks as if it’s crossing from one plane into the next. Other intricate facial adornments include holographic crosses radiating from both eyes and a large diamond under its chin. It is surrounded by a beautiful bouquet of gladiolus, lily, and rose. These flowers, along with the traditional marigold, are laid at the foot of the altar or gravestone to help guide the spirit’s return. The inscriptions, “Dia De Los Muertos”, 2018″, and “1 onza plata pura ley 999” (1 oz pure silver 999) encircle the image.

The reverse features a special Day of the Dead rendition of the Mexican Coat of Arms, which honors the ancient Aztec origins of the holiday. The striking design features a skeletal golden eagle perched on a prickly pear cactus devouring a rattlesnake. A geometric Aztec scroll surrounds the image

About The Osborne Mint

Each Dia De Los Muertos black stencil round was produced at the Osborne Mint. Established in 1835, it is the nation’s oldest Private Mint, and remains one of the most highly-regarded facilities in the U.S. among both investors and collectors today.

Your Day of the Dead black stencil round will arrive in a protective capsule along with its own serial number and Certificate of Authenticity.Place your secure order online now by clicking on the product and selecting “add to cart”. Or, speak to one of our knowledgeable, friendly customer service representatives at 800-313-3315.

This Day of the Dead round in exquisite black stencil would make a wonderful gift, just in time for the holiday! Order this one-of-a-kind round today!

"I purchased all three of these coins x 2. There super nice looking and well worth the money I spent. Another nice addition to my low mintage coin collection. "
Scott from - October 09, 2018

"You really need to get one of these in your hands to appreciate them. I was skeptical about the concave/convex stamping, but the air-tite plastic coin holder that is custom made for these and is included, makes them feel more authentic. The Black Stencil round gives it a creepy look, and the multi-colored rounds look beautiful!"
Mark from - September 28, 2018

"One of the Coolest coins I've seen and extremely limited. Absolutely (IMHO) a must have for all stackers. "