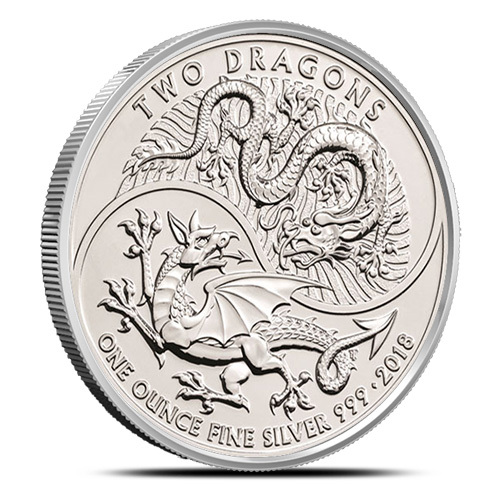 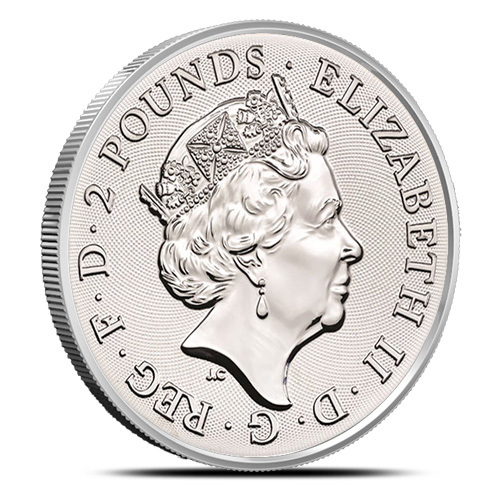 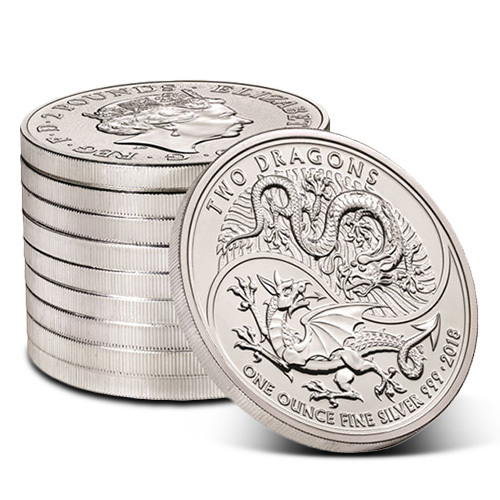 To commemorate 50 years at its modern coining facility in Llantrisant, South Wales, the Royal Mint of England released a special gold and silver bullion series in 2018 that brought together the cultures of East and West around a common symbol: the dragon. Though the Welsh and Chinese dragons are vastly different with varying interpretations in culture, the belief in dragons that stretches thousands of miles around the world is nonetheless an impressive connection. Today, you have the opportunity to purchase 2018 Great Britain Two Dragons 1 oz Silver Coins online at Provident Metals.

The Royal Mint of England can trace its roots back 1,100 years to the London Mint. In 886, the first king of a unified English kingdom, Alfred the Great, recaptured London from the Danes in 886 and issued silver pennies with his portrait. Over the course of time, various other mints were used across England, but the London Mint remained a staple. On December 17, 1968, the Royal Mint moved from London to a new, modern facility in Llantrisant, Wales, where it remains to this day.

On the obverse of 2018 Great Britain Two Dragons 1 oz Silver Coins is the fifth-generation bust of Queen Elizabeth II. Her Majesty is featured in right-profile relief in this design from Jody Clark. Depicted at the age of 89, she wears the George IV State Diadem Crown that was commissioned in 1820 in the first year of George IVs reign as King of England.

The reverse field of the 2018 Great Britain Two Dragons 1 oz Silver Coin bears the image of two very different dragons in a yin-yang design element. Within the top half of the design is the iconic Chinese dragon, a serpent-like beast with the body of a snake and a forked tongue. In the bottom half of the design, the famed Welsh dragon with its pointed tail, four legs, and wings gazes back at its Chinese counterpart.

The Royal Mint of England issued these coins both to mark 50 years in Wales, as well as to celebrate its growing profile with investors in Asia. To the Welsh, the dragon was a symbol of terror. These fire-breathing beasts could destroy towns with a single breath and were often carried on battle standards in war. To the Chinese, the dragon is a benevolent creature that can control the weather and elements, and even symbolizes power and might.

2018 1 oz Great Britain Two Dragons Silver Coins are available in Brilliant Uncirculated condition. Individual coins come with a protective capsule, while multiples are available in rolls of 20 coins or boxes of 100 coins.

Please contact Provident Metals if you have any questions. We are available at 800-313-3315, online using our live chat, and via our email address.