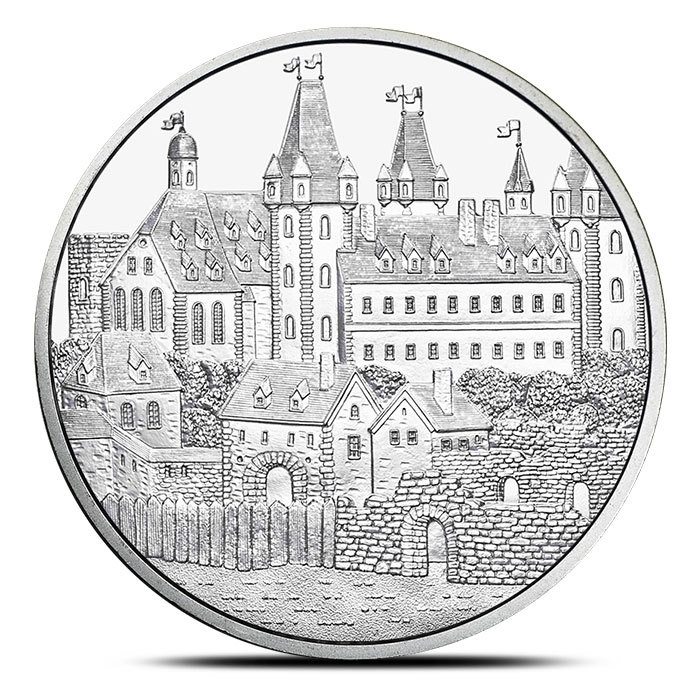 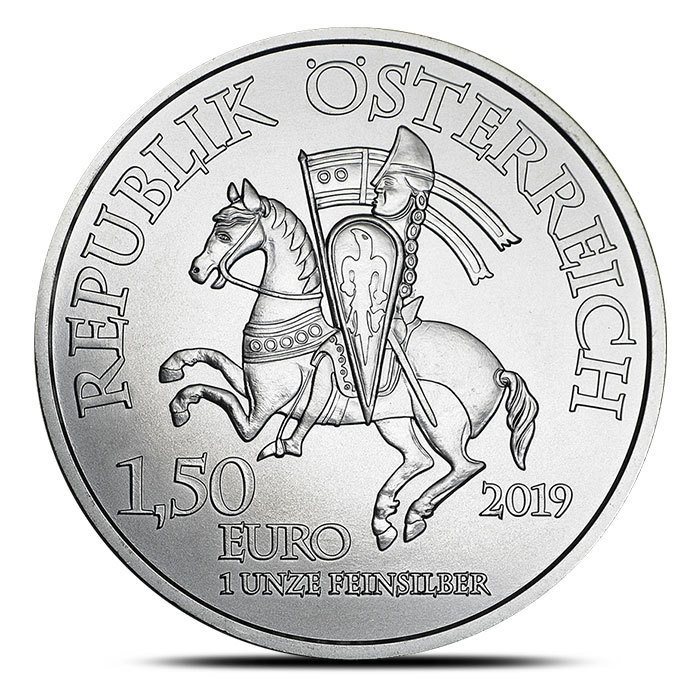 The story began in the year 1194, during the time of the third crusade in the Middle East. A royal feud broke out between Duke Leopold V of Austria and King Richard “The Lionheart” of England. As King Richard I was returning home through Europe, he was captured by Duke Leopold’s men and imprisoned in the Castle of Durnstein in Ostarrichi, as Austria was then known. To pay for his freedom, King Richard was forced to raise a huge ransom of 35 tons of silver through extreme taxation of his people. In turn, Leopold V used this ransom to build the Wiener Neustadt castle and surrounding fortified city, establish the original Mint of Vienna, and strike the country’s first silver coins.

Now, on the 825th anniversary of this historic event, the Austrian Mint has released a limited-edition, 3-coin series commemorating its creation. The 2019 Austria 1 oz Silver Wiener Neustadt is the second in the series, and features the original fortress of Wiener Neustadt that was built by Leopold V near the Hungarian border with the ransom. This exquisite legal tender coin is struck in .999 pure silver with a maximum worldwide mintage of just 100,000. These coins are sure to be highly sought after by collectors, history buffs, and investors all over the world. So don’t wait – order your coin today while they are available!

The obverse recreates Duke Leopold’s official seal, featuring a crusader riding his horse into battle. The nation of issue, 2019, face value, weight, and metal content are also inscribed in German, the native tongue of Austria.

The reverse features the original Burg Wiener Neustadt, built in 1193-1194 by Duke Leopold V with the ransom money raised through the imprisonment of King Richard “The Lionheart” of England.

About The Austrian Mint

Located in Vienna, the Austrian Mint manufactures all of Austria’s national coins. The mint has been operational for 825 years, using various technologies to produce beautiful bullion. Currently, the mint is a subsidiary of the National Bank of Austria.

Your 1 oz Silver Wiener Neustadt coin ships in BU condition. Single rounds ship in an individual plastic flip. Multiples of 20 ship in mint-issued tubes, and multiples of 500 ship in sealed monster boxes. Orders over $199 are eligible for free shipping!