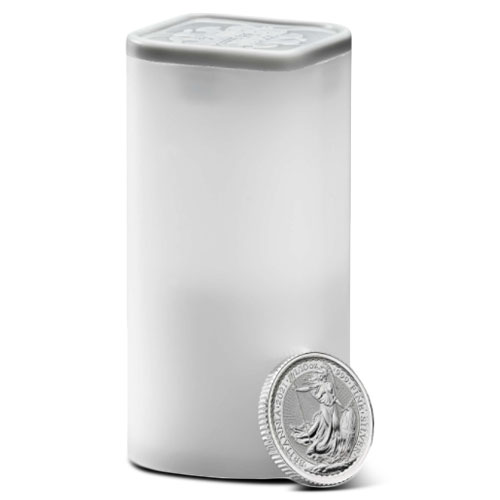 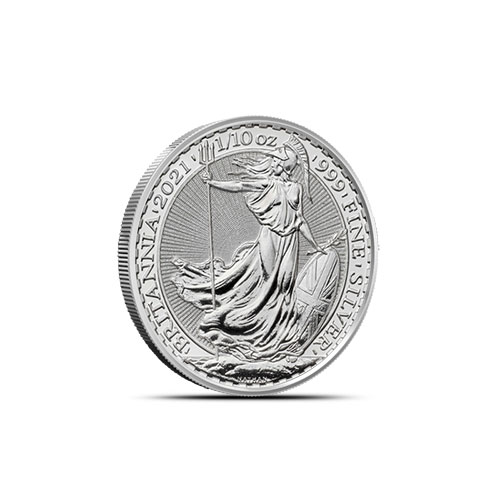 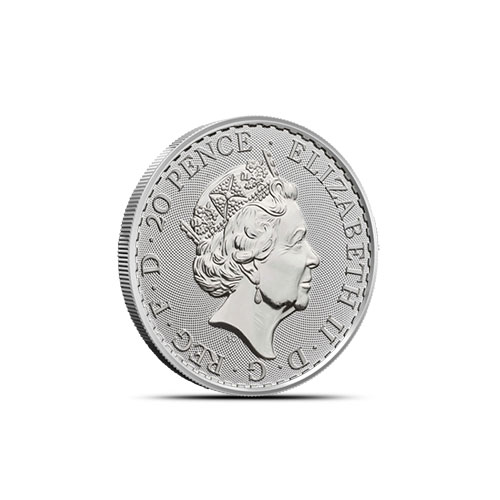 On the obverse of 2021 British Britannia 1/10 oz Silver Coins in this Tube of 16, you will find the right-profile portrait of Queen Elizabeth II. Designed in 2015, the effigy shows Her Majesty at the age of 89 wearing the George IV State Diadem. The inscription include 20 PENCE, ELIZABETH II, and D.G. REG. F.D.

The reverse side of the 2021 British Britannia Silver Coin comes with an image of Britannia. This design was created by Philip Nathan in 1987 for the gold series and has featured on all coins since that time. Britannia is featured with an olive branch in one hand, a trident in the other, a Corinthian helmet on her head, and a shield with the Union Jack depicted on its face. The inscriptions include BRITANNIA, 2021, 1/10 OZ, and FINE SILVER.

British Britannia Silver Coins were introduced in 1997 by the Royal Mint of England. The series initially used 95.8% silver content. This is known in England as Britannia silver and consists of an alloy 95.8% silver with copper making up the rest of the alloy. It was introduced in 1697 to replace sterling silver, or 92.5% silver.

2021 British Britannia 1/10 oz Silver Coins in this tube are in Brilliant Uncirculated condition. BU coins may have minor flaws resulting from production such as breaks in the luster or spotted surfaces. In addition to individual 16-coin tubes, you can purchase a Monster Box in this listing that holds a total of 20 tubes, or 320 silver coins in all.