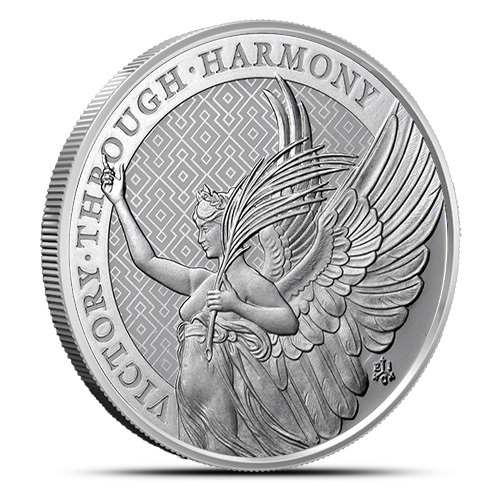 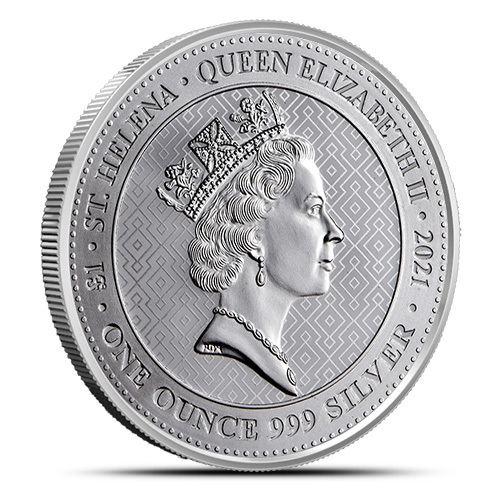 BUY BACK PRICE: $22.25
Add to WishlistLog In to add this product to your Wishlist

Developed by Queen Victoria in the 19th century, the Queens Virtues are a set of guiding principles for the monarch that Queen Elizabeth II now carries forward through her reign that has encompassed half the 20th century and nearly a quarter of the 21st century. The six coins of the Queens Virtues Series launch with the design of Victory. Right now, you can buy 2021 St. Helena Queens Virtues Victory 1 oz Silver Coins online from Provident Metals.

With your purchase of 2021 St. Helena Queens Virtues Victory 1 oz Silver Coins at Provident Metals, you receive coins that are in Brilliant Uncirculated condition. The coins are individually packaged inside of protective plastic flips, while multiples ship in groups of 20 or 500 coins. Multiples of 20 come inside of plastic tubes. Multiples of 500 are shipped in a Master Box that includes five sleeves. Each of the five sleeves holds five tubes of 20 coins.

On the obverse of 2021 St. Helena Queens Virtues Victory Silver Coins is Queen Elizabeth II. Englands longest-reigning monarch, Elizabeth II is shown here in the third-generation portrait created by Raphael Maklouf. The portrait shows the Queen in right-profile relief with the George IV State Diadem Crown on her head. The inscriptions on this face of the coin read St. Helena, Queen Elizabeth II, 2021, and One Ounce 999 Silver.

The reverse of the 2021 Queens Virtues Victory 1 oz Silver Coin comes with a depiction of the figure of Victory. Based on the Roman goddess Victoria, the image shows Winged Victory in a left-profile relief with her right hand raised and a palm branch in her left hand. The palm branch is a symbol of victory, triumph, and peace. The inscription on this face of the coin includes Victory Through Harmony.

If you have questions, Provident Metals is happy to help. Our team is available to assist you on the phone at 800-313-3315, online using our live chat, and via our email address.