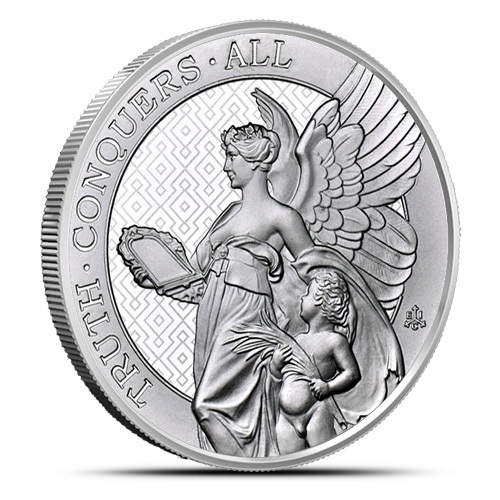 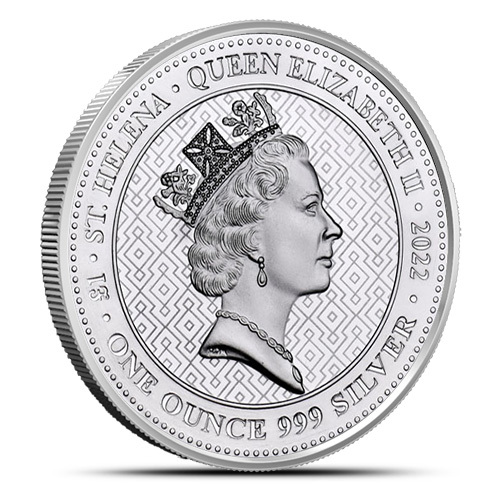 BUY BACK PRICE: $20.92
Add to WishlistLog In to add this product to your Wishlist

The Queens Virtues Series from St. Helena captures modern renditions of six female allegories featured on the Victoria Memorial outside Buckingham Palace. Designed and constructed in the decade after Queen Victorias death, this monument celebrates the virtues ascribed to Queen Victoria by her subjects and reflects the adoration the people of Britain had for their long-reigning monarch. Today, you have the chance to buy 2022 St. Helena Queens Virtues Truth 1 oz Silver Coins online from Provident Metals.

Following the death of Queen Victoria in 1901, plans were made to commission a monument to honor the beloved monarch whose reign covered most of the 19th century in Britain. She rose to the throne in 1838 and ruled her realm throughout the remainder of the century, even guiding it into the 20th century before passing away. The monument is topped by a statue of the Winged Angel of Victory, the first design in this series, and is flanked by allegorical statues of Courage, Constancy, Justice, Truth, and Charity. All of these figures will eventually feature in the Queens Virtues Series.

On the obverse side of 2022 St. Helena Queens Virtues Truth 1 oz Silver Coins is a depiction of Queen Elizabeth II. The great-granddaughter of Queen Victoria, Elizabeth II has surpassed her great-grandmother to become the longest-reigning monarch in English history. The Queen is shown here in right-profile relief in a 1985 design by Raphael Maklouf. The portrait depicts a timeless Queen Elizabeth II wearing the George IV State Diadem. The inscriptions include ST. HELENA, QUEEN ELIZABETH II, 2022, the denomination, and ONE OUNCE 999 SILVER.

The reverse face of the 2022 St. Helena Queens Virtues Truth Silver Coin features the allegorical figure of Truth. Shown in left-profile relief, this winged figure holds a mirror in her right hand while placing her left arm around a young child holding a palm branch. The inscriptions on this side include TRUTH CONQUERS ALL.

The new six-coin collection will depict all six female allegorical figures mentioned earlier. Those values are based on traits ascribed to Queen Victoria during her reign and reflect the view the people had of their beloved monarch.

Please contact Provident Metals with questions. We are available at 800-313-3315, online using our live chat, and via our email address.