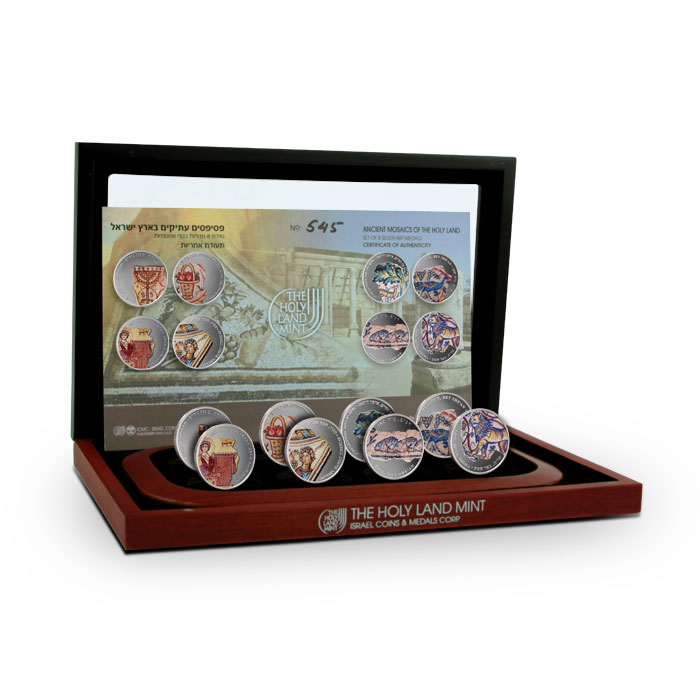 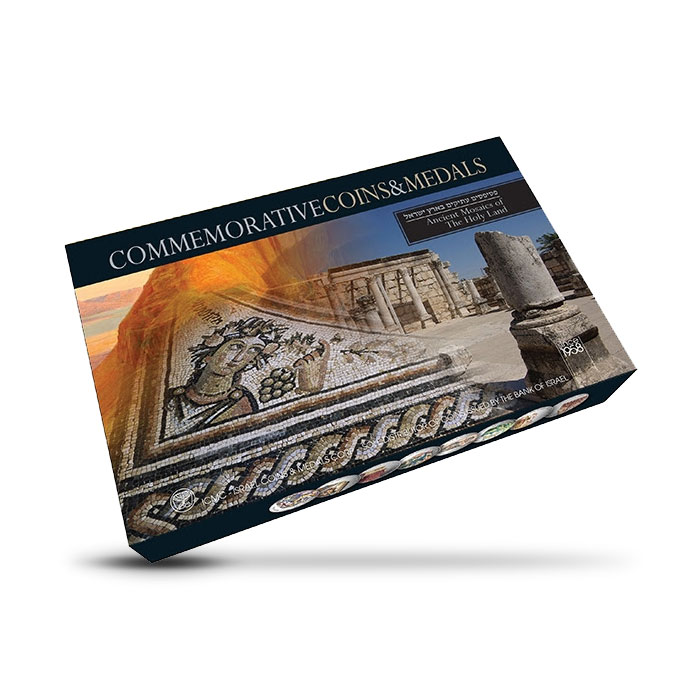 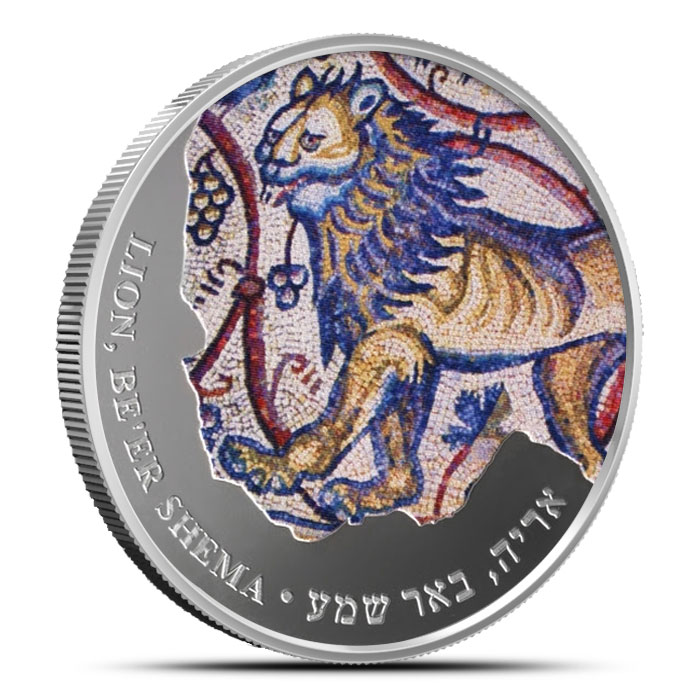 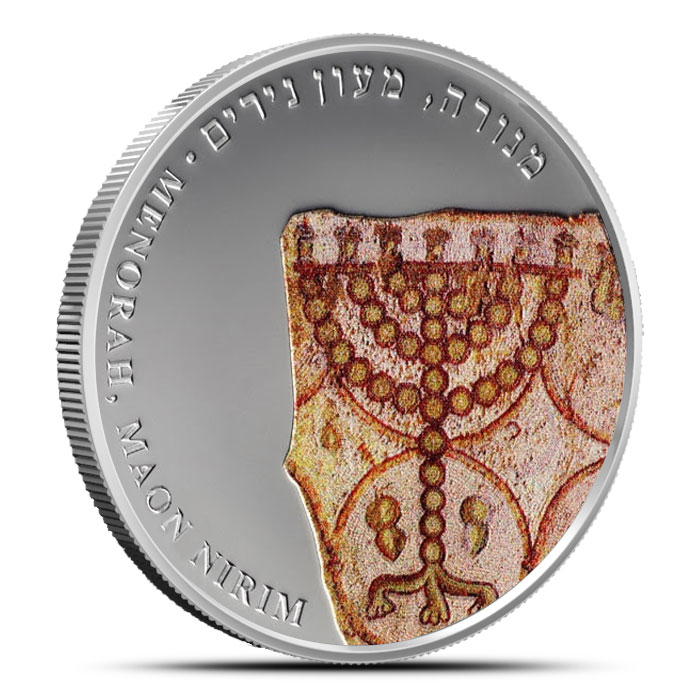 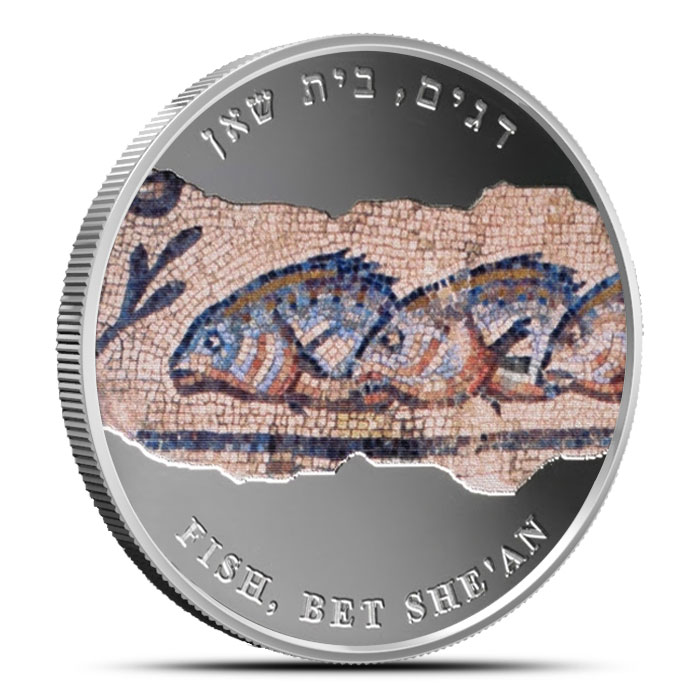 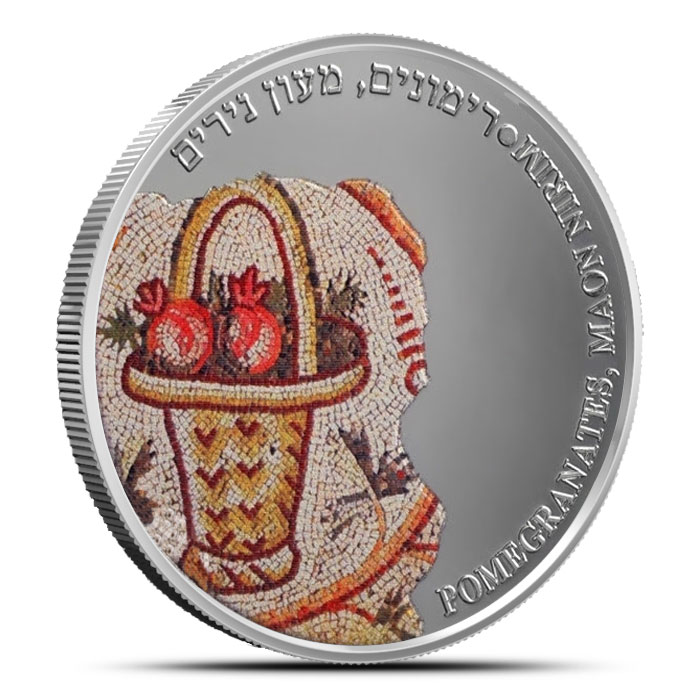 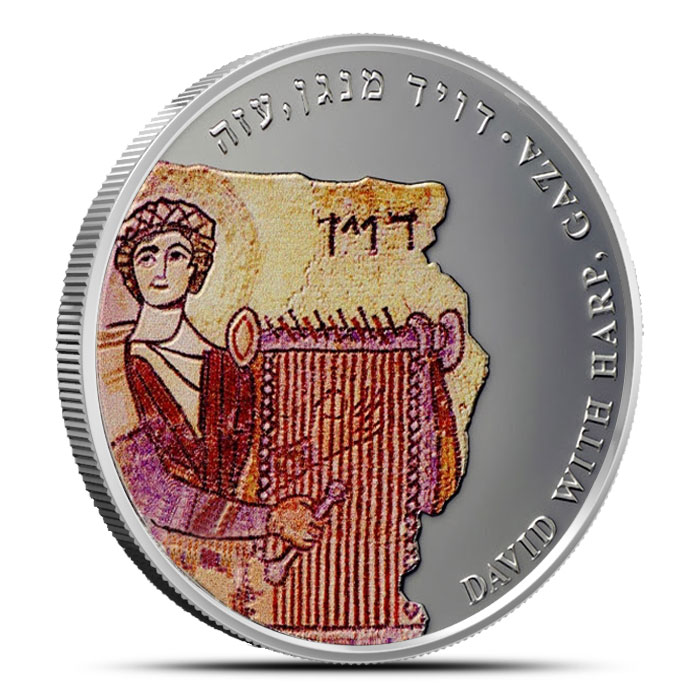 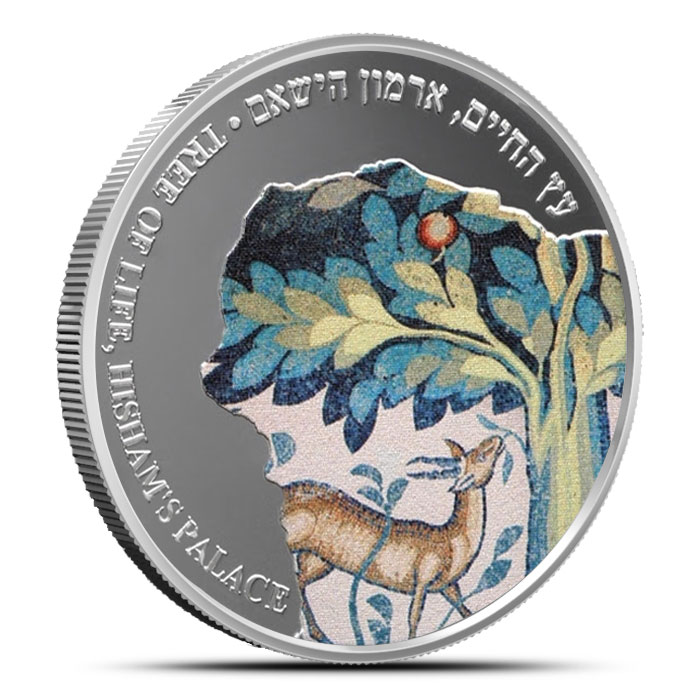 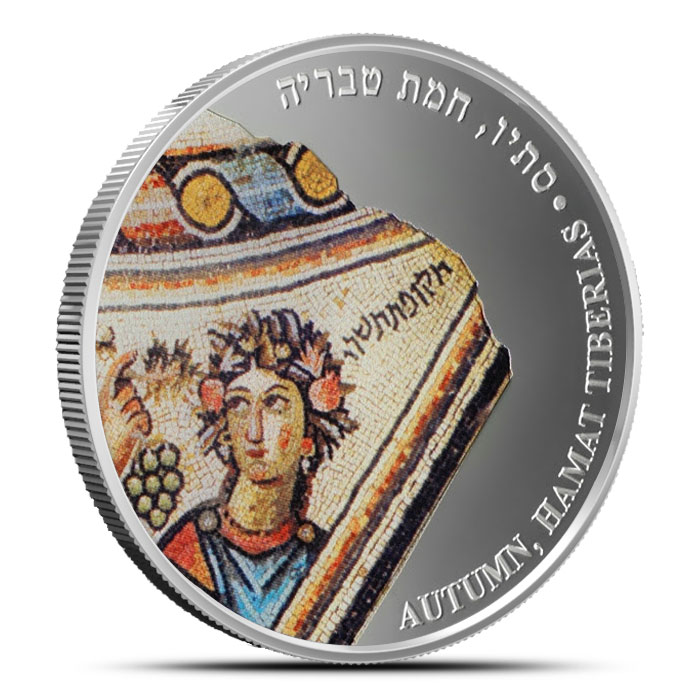 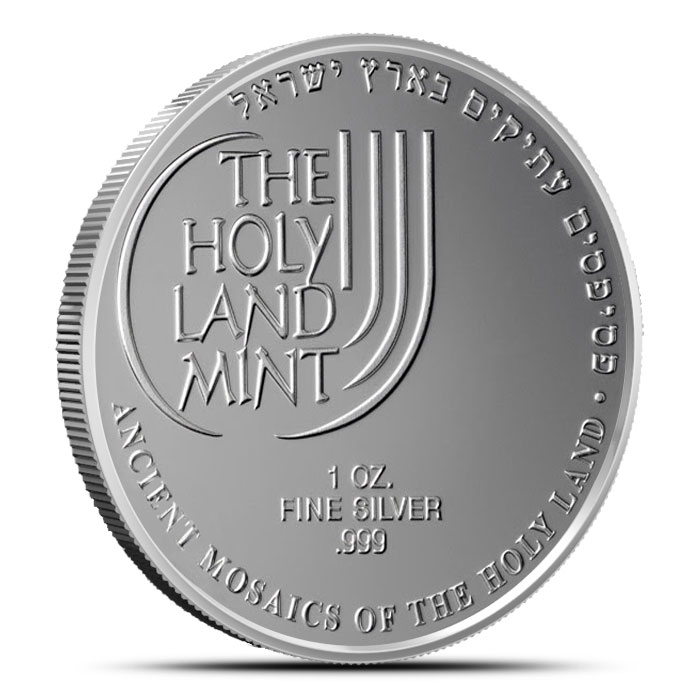 Assemble your portfolio like a beautiful piece of artwork with the Ancient Mosaics of the Holy Land Series, available at Provident Metals. Each set features eight metals that depict recreations of mosaics from the fifth and sixth centuries.

These works of art from the Byzantine period are replicated using innovative techniques that add color and texture to each high quality piece. Grab yours quickly, because only 888 sets were produced by The Holy Land Mint.

The reverse is the same on each round. The Holy Land Mint logo is set off-center and the coin’s weight and fineness of 1 oz of .999 silver, along with ANCIENT MOSAICS OF THE HOLY LAND, are inscribed.

Found in a synagogue while paving a road in 1957 in Maon Nirim, the mosaic Menorah was located in the central hall of the church. The Menorah silver round shows part of the 6th century floor that depicts a three-legged candelabrum with lion’s paws on the base. It is the second in the Ancient Mosaics of Israel series and was designed by Meir Eshel.

The Maon Nirim synagogue also unearthed the Pomegranates mosaic from the 6th century that showcases a basket of plants and red pomegranates. As the obverse design, the fruits are significant to the design because they were the first berries brought from the Festival of Shavuot to the Temple of Jerusalem.

Hisham’s Palace in the 8th century featured an elegant mosaic in a bath that showed two animals eating from a tree of fruits and leaves. The design of the Tree of Life silver round shows a fragment of the original mosaic — a gazelle gnawing at the branches. The original mosaic had a lion on the right side of the tree attacking a gazelle.

The Fishes mosaic was discovered at a bath in Beit She’an. The building had floors covered in mosaics with the central theme being three fish swimming beside a branch. A fragment of the mosaic is displayed on the obverse along with an inscription of FISH, BET SHE’AN. Fish in Judaism represent plenty and blessing.

More than 40 years ago, the David With Harp mosaic was found at a synagogue in Gaza. As the only remaining portion in the worship center, the mosaic was located at the western hall with “David” inscribed above the image — most likely referring to King David. This silver round shows David playing the harp in royal attire with inscriptions DAVID WITH HARP and GAZA surrounding the design.

The 4th medal in the Ancient Mosaics of The Holy Land series is highlighted by a figure holding grapes that represent the Tishrei period — or Autumn as the round is named — symbolizing the season of grape harvest and winemaking.

Displaying vibrant colors and a fierce feline, the Lion silver round is part of a mosaic found at a Byzantine church at Be’er Shema, an ancient ruins site in northern Negev. The lion was just one of many animals and people depicted on the mosaics at the church. LION and BE’ER SHEMA are inscribed.

The final round of this set is the Peacock that was also located at Beit She’an near graveyards. In 1934, an archaeological dig uncovered a structure with two floors of mosaics. The prestigious peacock design sat on two sides of a vessel, and a portion of that mosaic is the obverse of this Peacock round.

Add some color to your investments with eight medals of the Ancient Mosaics of The Holy Land. These archaic designs brimming with history are available now at Provident Metals. Order yours today through our secure online purchasing system.