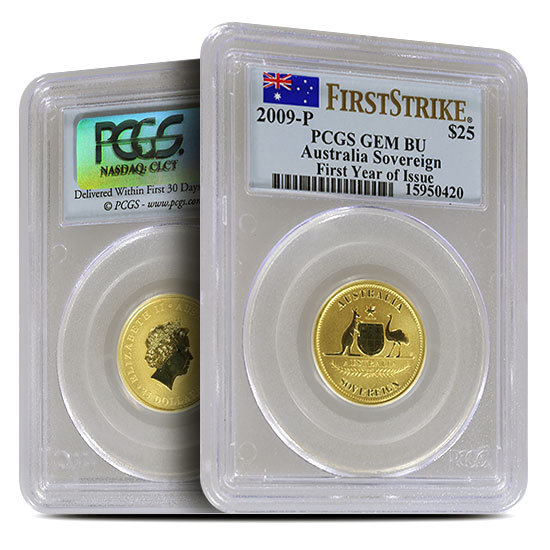 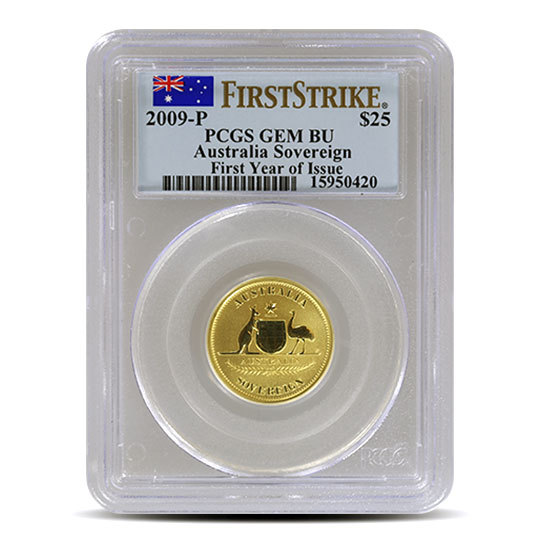 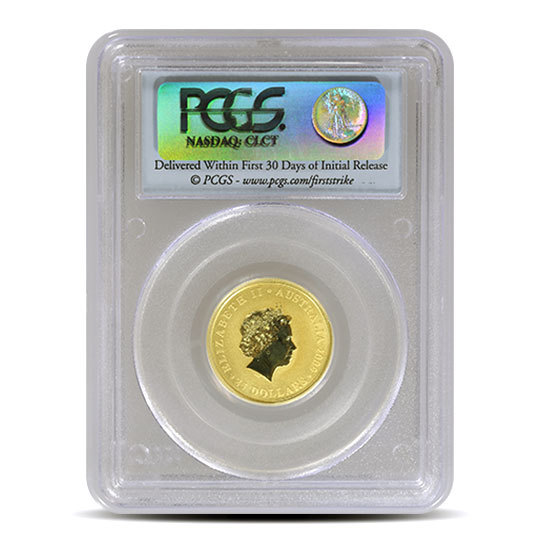 Out of Stock
Sorry! We're sold out right now.
NOTIFY ME
BUY BACK PRICE: $426.70
Add to WishlistLog In to add this product to your Wishlist

Australian Sovereign Gold Coins were issued by Royal Mint branch facilities in Australia for a period of 50 years. The coins covered the reigns of three different monarchs and were issued by all three branch locations the Royal Mint opened during this period: Sydney, Melbourne, and Perth. Right now, you can buy Australian Sovereign Gold Coins online from Provident Metals.

With your purchase of an Australian Sovereign Gold Coin in this Provident Metals listing, you will receive a coin that is packaged inside individual protective plastic flips. The coins in this listing are available in varied conditions, with common signs of wear and tear present such as scuffs, scratches, hairlines, or contact marks.

Provident Metals cannot guarantee the condition of the coin you receive, nor can we guarantee the date and design of the coin. All items are chosen at random after your payment clears and selected from available stock at that point in time. If you buy several coins, please remember you may get coins that have the same dates, designs, and conditions.

On the obverse of Australian Sovereign Gold Coins is an effigy of the British monarch. The most common figure to appear on these coins was Queen Victoria. There are three versions of her effigy that feature on Australian Sovereigns, including the Young Victoria portrait from 1871-1887, the Jubilee Portrait from late 1887 to 1893, and the Old Portrait from 1893 to her death in 1901. Other monarchs include King Edward VII from 1902 to 1910, a young King George V from 1911-1928, and an older King George V from 1929 to 1931 when the series ended.

The British government and Royal Mint opted to begin coining Gold Sovereigns for use in British colonies locally, where possible, in the 19th century. It was deemed more economically feasible to strike the coins closer to the source of gold rather than bringing all the gold to London to strike the coins and then redistribute them to places such as India and Australia. The three branch mints of the Royal Mint in Australia all issued the coins, with the Sydney Mint starting in 1871, the Melbourne Mint in 1872, and the Perth Mint in 1899. Each mint issued the coins with the same British designs from the Royal Mint, and differentiated its strikes with a mint mark.

If you have questions, Provident Metals has the answers. Please feel free to call us at 800-313-3315, chat with us live online, or email us directly.