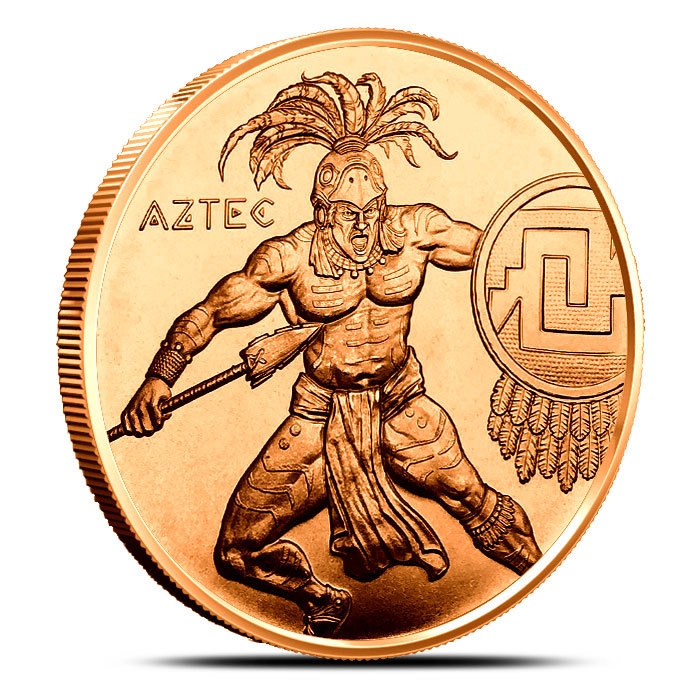 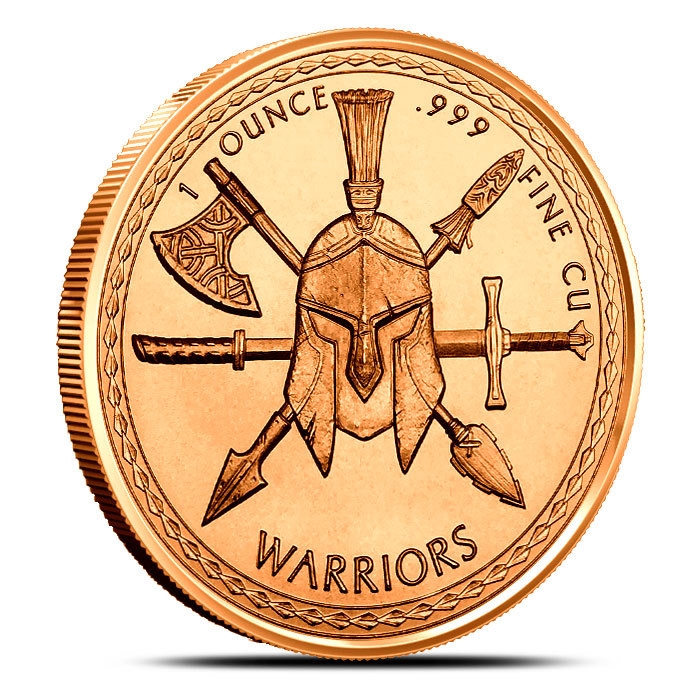 Out of Stock
Sorry! We're sold out right now.
NOTIFY ME
BUY BACK PRICE: $0.30
Add to WishlistLog In to add this product to your Wishlist

Some of the most powerful civilizations on earth owe their long reigns to the triumph of their fierce warriors. The Warrior Series of 1 oz silver and copper rounds honor some of these legendary fighters throughout history.

The second release in this exciting 6-design series celebrates the Aztec Warrior, one of the most honored members in Aztec society. His bravery in battle, tactical skill, and most of all, his capture of enemy warriors were highly rewarded by the Emperor. With each rank came special clothing, weapons, nobility, and gifts of land. As Aztec Warriors didn’t ride horses, they walked an average of 12-20 miles per day to reach enemy forces and were a terrifying foe on the battlefield.

Hurry and add the second release in the series to your cart today!

The obverse of the 1 oz Copper Aztec Warrior round features a fully-armed Aztec soldier on the front lines of the battlefield. His helmet and uniform are adorned with the plumage of a high-ranking warrior. With shield and spear raised, he is ready to capture his next enemy. The word “AZTEC” is inscribed next to the warrior’s image.

The common reverse among all six releases pays tribute to the Spartan Warrior, the first release in the series. It depicts a Spartan soldier’s corinthian helmet with the horsehair crest; symbolic of an officer. It rests in front of the traditional Spartan weapons of warfare: The signature Dory spear, the Xiphos (a short sword), and a battle axe. “1 ounce .999 fine Ag” and “WARRIORS” are inscribed around the image.

The Warrior series is produced by the privately-operated Golden State Mint (GSM). Since 1974, the Golden State Mint has manufactured millions of rounds and bars for bullion dealers across the nation, with a silver purity that equals that of sovereign-minted rounds. GSM is a life member of the American Numismatic Association, along with several other well-respected numismatic organizations. GSM is a family company dedicated to stellar customer service, and remains one of the most highly-regarded popular private mints in the industry today.

Your 1 oz Copper Aztec round ships in brand new condition. Single rounds ship in an individual plastic flip. Multiples of 20 ship in mint-issued tubes, and multiples of 500 ship in sealed monster boxes. Orders over $199 are eligible for free shipping!