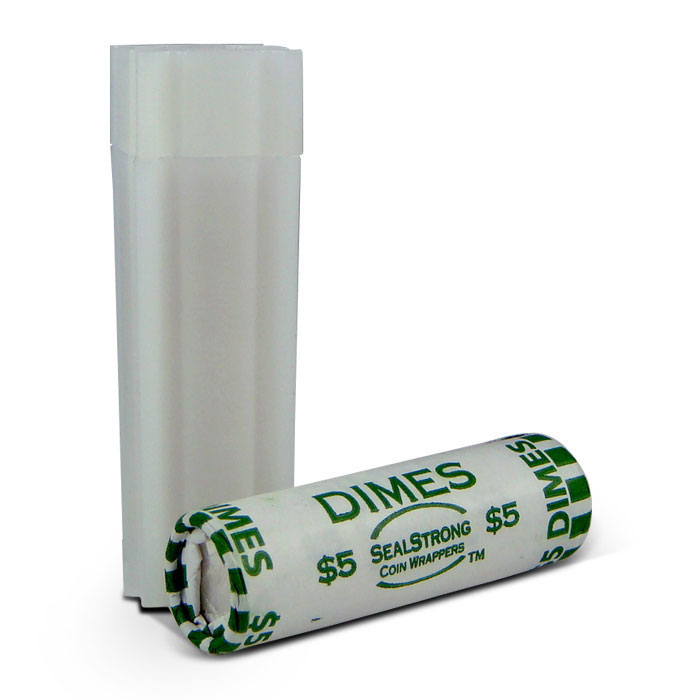 Officially known as the 10 Cent Piece, the Canadian Dime is roughly the same size as its American counterpart. From 1920 to 1967, Canadian Dimes were composed of 80% silver. Unfortunately, after 1968 the coins were minted entirely of nickel, and later steel.

The Currency Act of 1841 sanctioned American and British coinage as legal tender in the Province of Canada.

Less than 20 years later, Queen Victoria of England established Canada’s first official coins: one, five, ten and 20-cent pieces designed by British engraver, Leonard Charles Wyon. For the next half a century, Canadian coins would be produced across the globe in England, by the Royal Canadian Mint in London and the Heaton Mint in Birmingham.

Yet as the Canadian population continued to grow, so did its need for an independent mint, so in 1901, the Royal Canadian Mint was approved. It opened its doors in Ottawa seven years later. In 1920, the silver content of the Canadian Dime was reduced from .925 to .800 — where it remained until 1968.

The Royal Canadian Mint (or the Monnaie Royale Canadienne as it is known in French) is the Crown Corporation that produces all of Canada’s circulation coins. It is the world’s only mint to issue commemorative coins in a .9999 fineness, while also striking bullion coins and bars, medallions, and even tokens.

Invest in silver from Provident Metals today. BU Canadian 80% Silver Coins may or may not arrive solid date, and they will be in either plastic or paper rolls. Use our secure online ordering system and your dimes will arrive in just days.