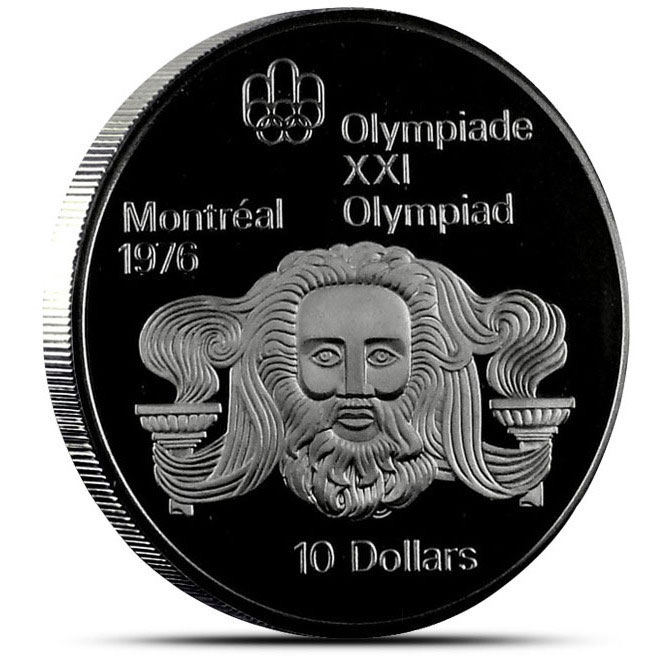 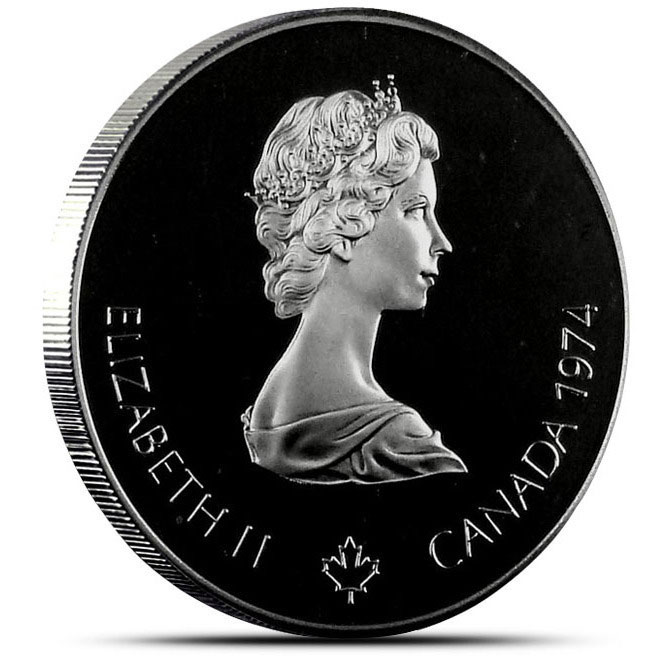 Out of Stock
Sorry! We're sold out right now.
NOTIFY ME
BUY BACK PRICE: $31.40
Add to WishlistLog In to add this product to your Wishlist

Commemorating the 1976 Summer Olympics held in Montreal, Provident Metals carries Canadian $10 Silver Olympic Coins. Composed of 1.4453 troy ounces of .925 pure silver, each coin is in brilliant uncirculated or proof condition. They will arrive in their original plastic capsules or plastic sleeves for long-term storage and protection.

Dates and designs are of our choice.

Aimed at celebrating and funding the 1976 Montreal Summer Olympics, the Royal Canadian Mint unveiled this unique coin series in February of 1973. The program included 28 silver coins with a face value of $5 or $10 — which marked the first time the mint released coins in these denominations — along with two gold coins.

The new silver coins would be divided into seven series, each including two $5 coins and two $10 coins.

The following is a list of Montreal Summer Olympics $10 Silver Coin designs:

The Monnaie Royale Canadienne, as it is known in French, is the Crown Corporation that issues all of Canada’s circulation coins. It is the world’s only mint to produce .9999 fine commemorative coins, while also striking bullion coins and bars, medallions, and even tokens.

Invest in a tangible asset that stands the test of time. Order Canadian $10 Silver Olympic Coins from Provident Metals today. Use our secure online ordering system to take advantage of the most timely, affordable shipping on the market.

5 Review(s)
Please or to write a review.

"I bought based on the review by Philip & I couldn't be happier with my purchase. These are most excellent coins. Larger than expected & in excellent condition. Thanks Philip I own you lunch for the heads up....I'll buy until they run out, that good..."
Glen from - June 09, 2016

"I don't get why people haven't figured out what a great deal these are. Almost 30-year old Sterling silver, government issued coins at $1.95 over melt per coin, which works out to $1.35 over melt per ounce. That's comparable to what you'd pay for average circulated junk silver or generic rounds, but these are constitutional uncirculated and/or proofs with pretty low mintages. Seriously, I don't get why these aren't the go-to silver for stackers, but I guess there will just be more for me."