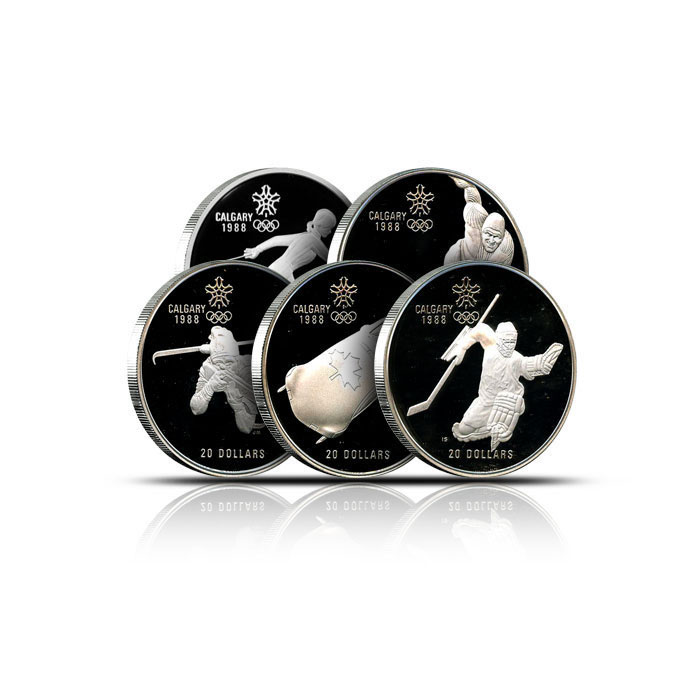 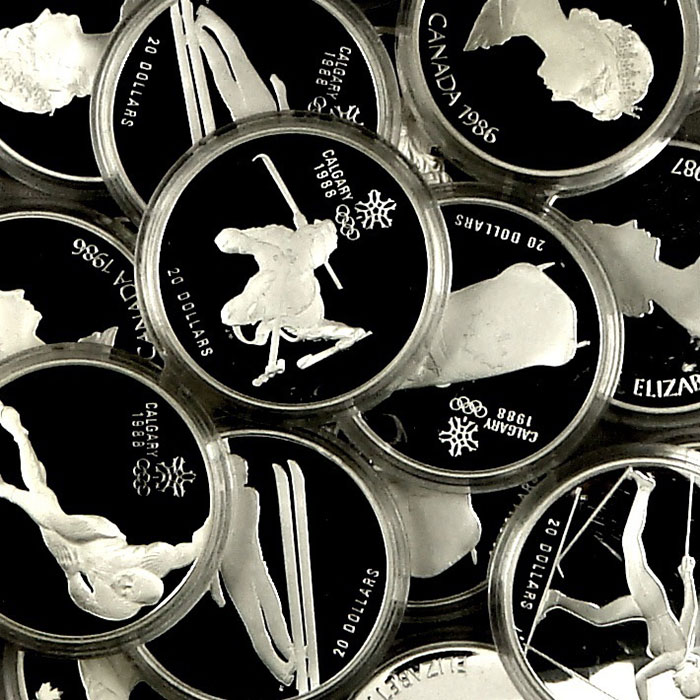 Dates and designs are of our choice, and each coin will arrive in its original Canadian Royal Mint plastic capsule.

In 1985, the Canadian government began releasing a 10-coin set, aimed at financing and celebrating the XV Olympic Winter Games. Featuring a face value of $20 — never before used on Canadian coinage — the coins were struck in a beautiful proof finish.

Sold in partnership with the Royal Bank of Canada, mintage was limited to 5,000,000. Each coin features edge lettering, which reads “XV OLYMPIC WINTER GAMES, JEUX D’OLYMPIQUES D’HIVER.” The obverse of the 1 oz silver proof coin features the profile of Queen Elizabeth II.

An affordable way to invest in precious metal, purchase Canadian $20 Olympic 1 Oz Silver Proof Coins from Provident Metals today. Use our secure online ordering system to take advantage of the most timely, affordable shipping on the market.