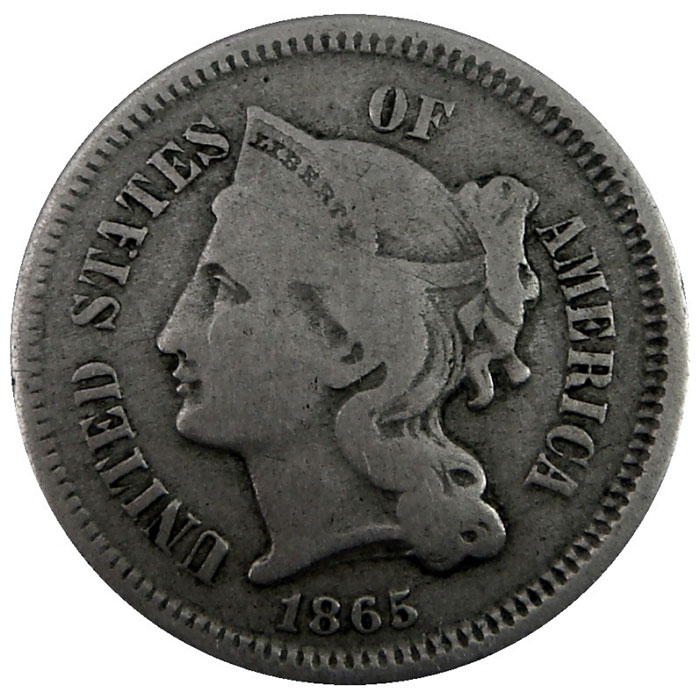 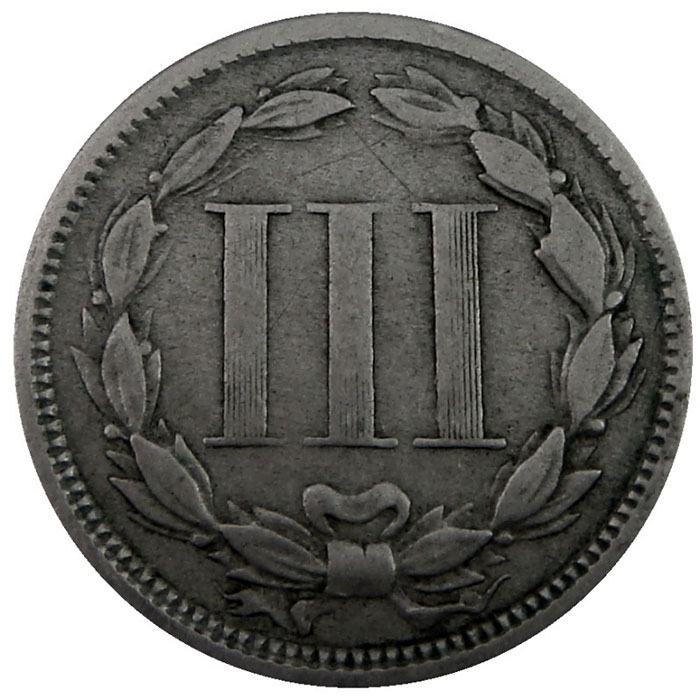 For investors looking to purchase a metal with countless industrial uses — or collectors who want to own a unique piece of American History — Provident Metals carries 1865 – 1889 Three Cent Nickel Pieces. Each beautiful coin has been graded very good or better.

The reverse, also designed by Longacre, features the Roman numeral III surrounded by a wreath of laurel. Each coin is composed of 75 percent copper and 25 percent nickel.

The most lightweight coin ever produced by the United States Mint, the obverse of each Three Cent Nickel features James Barton Longacre’s Liberty Head design. The coin is smaller than the modern dime, weighing only 1.94 grams.

The Three Cent Nickel was introduced in 1851 in response to decreased postage rates, which went from five cents to three. First composed of 75 percent silver and 25 percent copper, the composition was changed to 90 percent silver in 1854, in the hopes it would broaden circulation.

Minted at the Philadelphia mint from 1851-1873 (though a few were minted in New Orleans in 1851), Three Cent Pieces were nicknamed “fish scales” or “trimes” by contemporaries.

– The obverse originally featured a shield on a six-pointed star. In 1854, two lines were added to the border.
– The reverse originally featured a Roman numeral III, a tradition that was to continue. In 1854, an olive sprig was placed above the number, and arrows were added underneath.
– Thanks to striking difficulties, the lines added to the coin’s obverse five years prior were reduced to only one in 1859. The font was made longer and thinner.
– Coins dated 1860 to 1863 feature the smallest dates in the history of US coinage.

As the Civil War came to a head, silver shortages caused panicked citizens to hoard their silver coins. In 1865, the US Mint began to produce new fractional currency, including an updated Three Cent Nickel. (The old Three Cent Piece was officially discontinued with the Coinage Act of 1873).

The new coin featured the Liberty Head design and an updated Roman numeral III on its reverse. Though the coin was not intended for use after the War Between the States, production extended into 1889. Finally, discontinuation took place, and was often attributed to the coin’s resemblance to the new silver dime, along with additional changes to the price of postage.

Own a piece of American History. Purchase 1865-1889 Three Cent Nickel Pieces from Provident Metals today. Use our secure online ordering system for the most timely, affordable shipping on the marker.