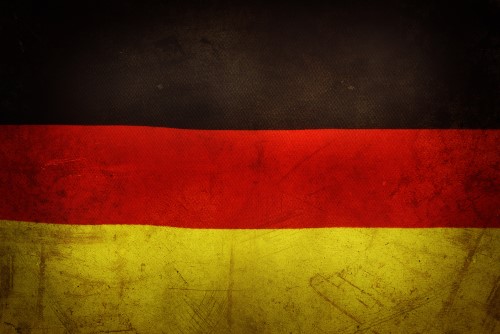 Over the centuries, the German Mint has seen its country’s history evolve. And the coins the mint has produced have evolved as well.

In a significant way, telling the history of the German Mint is a telling of the rich and checkered history of Germany itself. Today, coinage in Germany has five different and distinct mint marks identifying the mints where they were made: A for Berlin, D for Munich, F for Stuttgart, G for Karlsruhe, and J for Hamburg.

Continue reading to learn about the remarkable story behind the German Mint.

Interestingly, Hamburg was built on the site of a powerful guild controlling trade in the North Sea and Baltic Sea areas. Hamburg was absorbed into the German Empire in 1871 while retaining its ability to strike coins. Its significance in German Mint history dates back to 880 CE and the rule of Charlemagne who constructed a castle (or “schloss”) on the site that is now the environs of Hamburg.

The Western world’s concept of coinage has roots in Asia Minor and found its way to Europe via Persia, which had vast quantities of coins minted in gold, and Greece which produced mostly silver coins. Throughout the Roman Empire, silver was the predominant form of money, and gold was held in high esteem.

As modern Europe began to take shape, Italy became a center for international trade with their florins and ducats. These coins were well known and widely accepted for their purity.

The Gulden, a gold coin, was created in what would eventually become present day Germany. As time passed, commemorative coins were minted starting in the 17th century to mark significant German royal events continuing into the 19th century. King Wilhelm’s reign, for example, was marked in 1841 by the minting of a gold coin recognizing his 25th anniversary as a monarch.

Otto Von Bismarck united the four independent kingdoms of Germany in 1871 (Prussia, Bavaria, Wurttemberg, and Saxony) to become the German Empire under William II who became the emperor, or “kaiser.” This was the beginning of the Second Reich since the First Reich under the Holy Roman Empire.

In the early 1800s, German engineer Diedrich Uhlhorn invented a level, steam-driven minting machine known as the Presse Monetaire or Uhlhorn Press. This press was very successful, and it replaced other forms of minting coins for a time. It also made Uhlhorn internationally famous as his minting machine was very efficient and advanced versions were minting coins well into the 1940s.

The Second Reich fell apart in the aftermath of World War I. Coins minted during this period were the Silver 1 Mark, the Silver 1/2 Mark, the Copper-Nickel 5 and 10 pfennig, and the Copper 1 and 2 pfennig. During the inflationary period of the Weimar Republic, 200 and 500 mark Aluminum coins were struck.

The German Third Reich began with the rise of Adolf Hitler and the Nazis, covering the period of 1933 to the end of World War II in 1945. Coins minted during this period were characterized by the phrase “Gemeinnutz geht vor Eigennutz” printed on the edge of all Silver Reichsmark coins. It translates to “The community comes before the individual,” which exemplified Nazi thought that placed the good of the collective above the rights of the individual.

In the past, the German Mint has produced such coins as the Deutsche Mark and the pfenning. Today, the mint produces euros. Germany remains the European center of money and currency, and the euro is sometimes considered an implicit Deutsche Mark, which gives this prudent, highly structured, and powerful nation a perceived advantage in matters of trade with its major trading partners.

The European Central Bank is located in Frankfurt, the largest financial center in the Eurozone. In our time, the monetary role of coinage and mints are taking a secondary role to that of fiat currencies such as the euro, dollar, yen, pound sterling, and yuan in both paper and digital forms.

However, even as fiat currency holds sway, money backed by precious metals still retains importance, as history has proven over and over again that fiat currencies backed only by user confidence eventually devolve to their inherent value: zero.

If you are interested in adding foreign coins to your precious metals collection or investment portfolio, Provident Metals has a wide selection to suit your needs. This includes German 10 Mark and German 20 Mark gold coins.