Tennessee is a geographically beautiful state full of history and unique individuals. As an introduction to this great state, here are 20 facts: 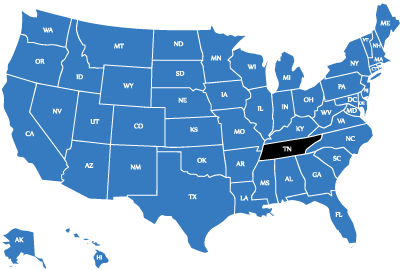 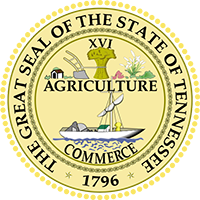 1 Tennessee is known as the Volunteer State because of its high number of volunteers during the War of 1812, specifically at the Battle of New Orleans.
2 Greeneville, TN has the only monument in the country dedicated to both Union and Confederate soldiers.
3 Nashville, Tennessee's capital, is home to the longest running live radio program in the world. The Grand Ole Opry has been broadcasting every weekend since 1925.
4 Oak Ridge, TN is known as the Energy Capital of the World for its work on the atomic bomb and continuing research into energy usage.
5 Tennessee is home to the Great Smoky Mountains National Park, the country's most visited national park.
6 Tennessee was the last state to secede from the Union during the Civil War. Likewise, it was the first state to be readmitted once the war had ended.
7 Sweetwater, TN is home to the country's largest underground lake- the Lost Sea.
8 The state of Tennessee gets its name from the Yuchi Indian word "Tana-see." This word means "the meeting place."
9 Tennessee ties Missouri for the most neighborly state seeing as it is bordered by 8 other states.
10 The Memphis Cotton Exchange handles roughly one third of the United States' entire cotton crop.
11 Graceland, Elvis's home in Memphis, is the second most visited home in the country.
12 Hattie Caraway, a Tennessee native, was the first woman ever to be named a United States Senator.
13 Tennessee's state flower is the iris and its state bird is the Mockingbird.
14 Nashville, TN is known as Music City and is the country music capital of the world.
15 Tennessee is the home of Mountain Dew, which was originally created as a soda to mix with whiskey.
16 Famous Tennessee natives include Dolly Parton, Samuel L. Jackson, Aretha Franklin, Justin Timberlake, Davy Crockett, Morgan Freeman and Kathy Bates.
17 Tennessee's major industries include mining, uranium products, farming and music.
18 Tennessee was admitted as a state on June 1, 1796, making it the 16th state.
19 Andrew Johnson, a Tennessee native, held every local, state and federal level elective office - including President of the United States. He was also the first president to be impeached.
20 Dr. Martin Luther King, Jr. was killed outside the Lorraine Motel in Memphis. The motel has now been preserved as the American Civil Rights Museum.

Access our collective understanding of bullion facts, history and specifications!