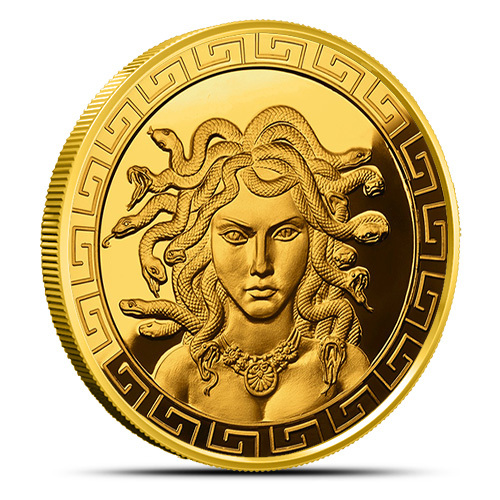 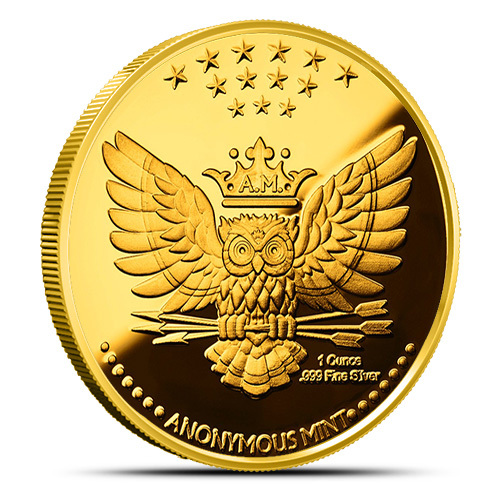 The Anonymous Mint is well-known for the production of design elements that other private mints and sovereign mints wont tackle. From mythological figures from the ancient world to its own, distinctive designs, the Anonymous Mint focuses on delivering creative designs with limited mintage figures. Today, you have the chance to buy 1 oz Silver Medusa Rounds online at Provident Metals.

There are elements of the Medusa story across Roman and Greek mythology that matchup. Both cultures speak of a horrid-looking female figure with green skin and a head full of snakes for hair. Both also speak of her figure possessing the ability to turn a man to stone with one look, and also point to a similar heritage as one of three sisters of Phorcys and Ceto, ancient marine deities. However, it is in later Roman writings about Medusa that we hear for the first time of her past life as a beautiful maiden who served Minerva (Athena, to the Greeks) and was turned into a hideous beast after having an affair in Minervas temple with the God of the Sea.

The obverse side of the 1 oz Silver Medusa Round features a front-facing depiction of Medusa. In this design, the evil Gorgon is shown with her piercing gaze staring directly at you as the snakes on her head writhe around. There are no text inscriptions on this face of the round, but you will notice an ancient-themed design element around the outer edge of the design element.

On the reverse field of Silver Medusa Rounds, you will find the Anonymous Mint logo. The mints logo design reflects the heraldic eagle of the United States. Instead of an eagle, however, it features the wise owl. The owl is set in front-facing relief with its wings spread out wide. The owl clutches three arrows in its talons. The crown atop the owls head includes the A.M. initials of the mint. Above the crown, there is a cluster of 13 stars in descending rows of six, four, and three stars. At the bottom of the design element, you will notice the words Anonymous Mint flanked by beaded dots, with 1 Ounce .999 Fine Silver also inscribed on this side.

The Anonymous Mint has a rich history of producing low-mintage, exclusive designs. Its collection of silver and copper rounds includes designs honoring artists like Lisa Parker, Amy Brown, and Alphonse Mucha, as well as design themes that include Norse Gods, the Kraken, Blackbeard, Medusa, and others.

1 oz Silver Medusa Rounds offered here come in plastic capsules. Each one has a full layer of 24-karat gold across both the obverse and reverse fields of the rounds. The rounds display frosted designs with mirrored backgrounds.

Please contact Provident Metals with your questions. Our team can assist you at 800-313-3315, online through our live chat, and via our email address.