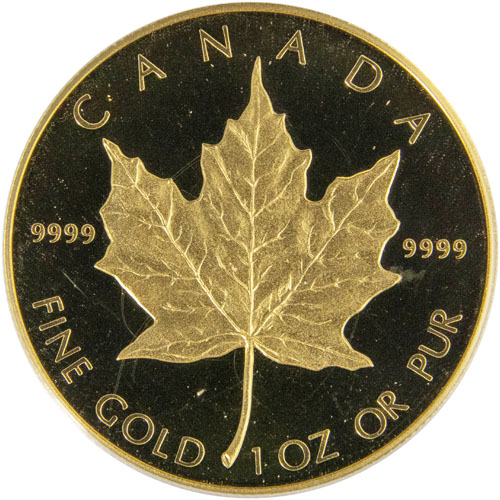 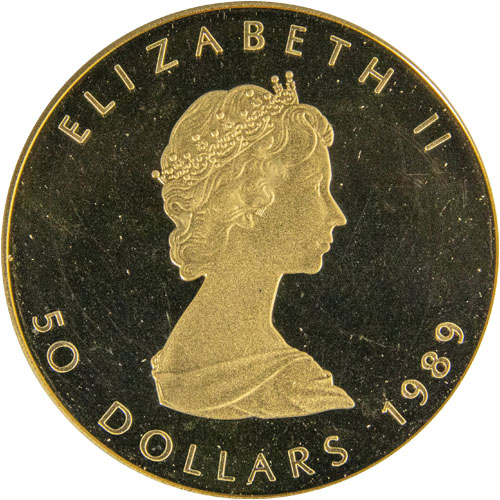 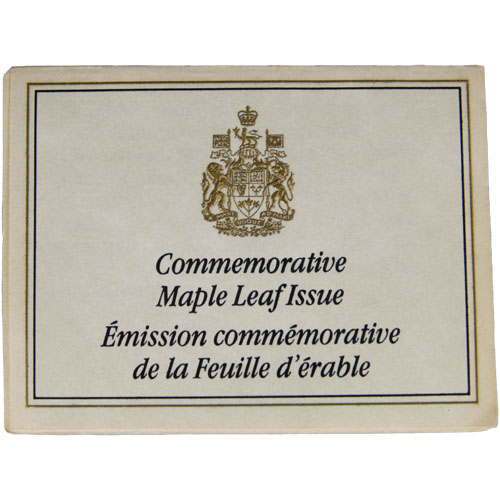 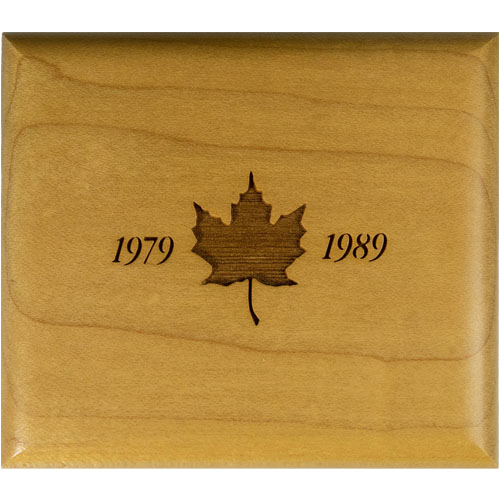 Often considered the premier product of the Royal Canadian Mint, the Canadian Maple Leaf Gold coins were introduced in 1979. In large part due to the purity of their gold, they are one of the best-selling gold coins worldwide. This Proof coin, sold as a collectible item, has a mirrored background and a frosted relief. Right now, Provident Metals is pleased to say the 1989 Proof Canadian Maple Leaf 1 oz Gold Coin Box COA is available for purchase.

The Canadian Maple Leaf Gold coin is regarded as the standard by which other 24-karat gold bullion coins are regarded. This is due to the consistency of its design and mintage. It is among the purest official gold bullion coins worldwide.

The obverse of the 1989 Maple Leaf Gold coin spotlights the 2nd generation version of Queen Elizabeth II. Created by British coin designer Arnold Machin, in this version, Her Majesty is depicted by a right-facing profile of the Queen as a 39-year-old. This is the final year that Machins version of Her Majesty appears on the Maple Leaf Gold coin. Following her ascension to the throne in 1952, one or another version of Queen Elizabeth II has been featured on all Canadian coinage. Also on the obverse are ELIZABETH II and 50 DOLLARS 1989.

Since its introduction in 1979, the reverse of the Maple Leaf Gold coin has featured the unofficial emblem of Canada the beloved Maple Leaf. This Maple Leaf design was created in 1979 by RCM master engraver Walter Ott. Canadians have long considered the Maple Leaf to be a symbol of their pride and nationalism. Also on the reverse are CANADA, 9999, FINE GOLD, and 1 OZ OR PUR.

Questions? If so, please contact our Provident Metals Customer Service team for assistance. We can be reached via phone at 800-313-3315, via our online live chat, or via our email.