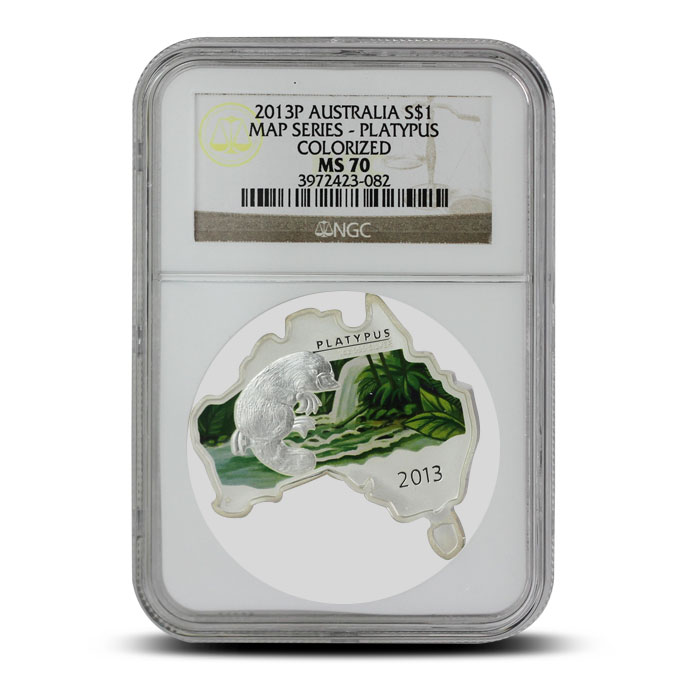 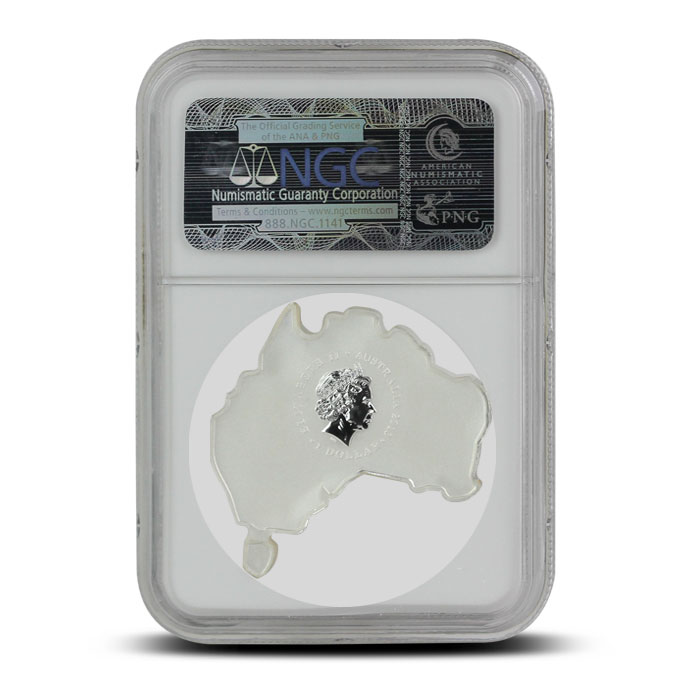 The fourth coin in the Perth Mint’s Australian Map-Shaped series, the 2013 1 oz Silver Platypus celebrates one of Australia’s most peculiar creatures, along with the island-continent’s distinct shape.

Composed of .999 pure silver, each coin has been graded MS70 by the NGC, making it the perfect addition to any portfolio — along with a great collectible.

The reverse of each coin features the image of a platypus, with a colorized waterfall and jungle in the background. The year 2013 and PLATYPUS 1 OZ 999 SILVER are inscribed.
The obverse features a portrait of Queen Elizabeth II, along with the inscriptions ELIZABETH II, AUSTRALIA 2013 and 1 DOLLAR encircling her head.

No more than 6,000 of the 1 oz coins were released by the Perth Mint, so get yours while supplies last. Order the MS70 Silver Map-Shaped Platypus from Provident Metals today.

MS70 on the Sheldon Grading Scale

A coin graded Mint State 70 means it is in perfect condition. It has maintained its original luster, and there are no signs of handling, scratches or wear of any kind. The coin has a flawless appearance, and very few exist in such stellar condition.