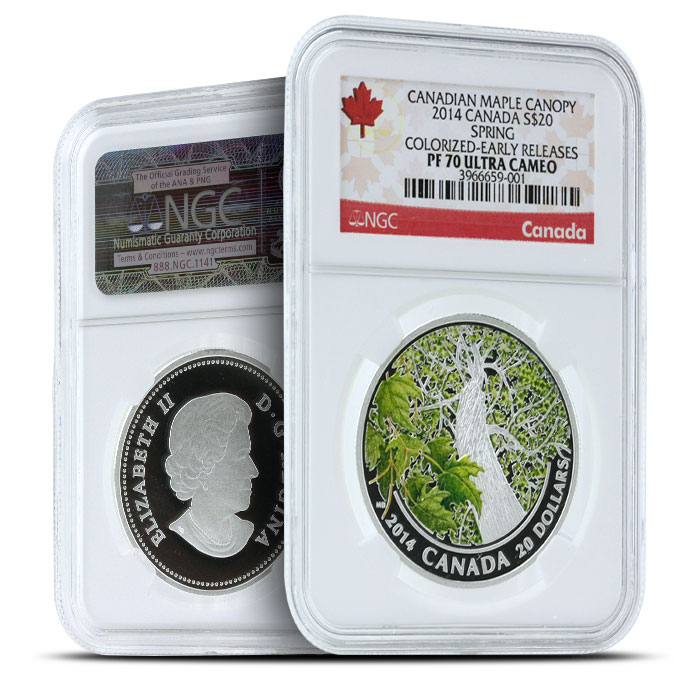 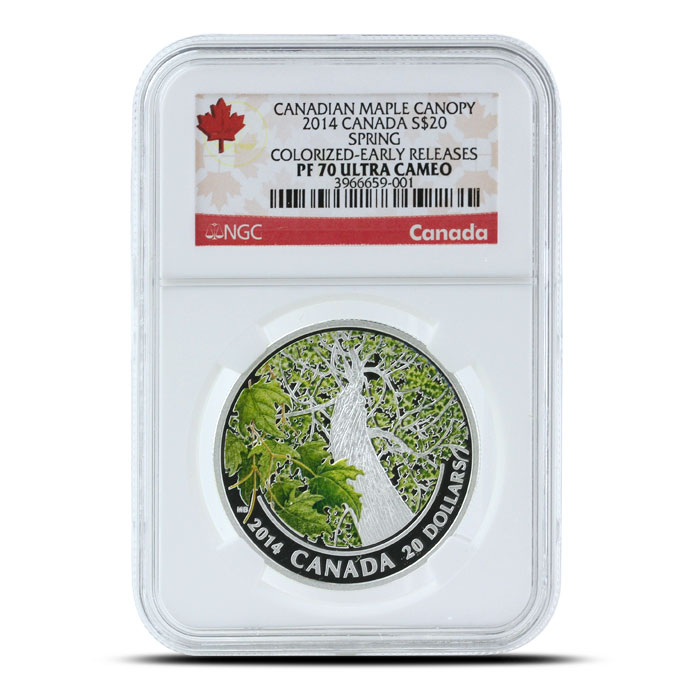 Rejoicing in the splendors of new life, this 2014 Silver Maple Canopy – Spring Splendour Silver Proof coin has been graded PF70 by the the Numismatic Guaranty Corporation (NGC) — making a flawless addition to your investment portfolio.

Composed of 1 troy ounce of .9999 fine silver, the series was released with a limited mintage of only 7,500 coins. Each Proof Spring Splendour has a diameter of 38mm and a serrated edge, and comes housed in a maroon clamshell with a black beauty box.

Designed by Margaret Best, the reverse features an iconic Canadian maple tree, viewed from the base of the trunk. A canopy of bright green leaves covers the surface of the coin, with a large branch gracing the foreground. It is inscribed with 2014 CANADA, along with its face value of 20 DOLLARS.

The obverse of each coin features the profile of Queen Elizabeth II, along with the inscriptions ELIZABETH II and D.G. REGINA.

Striking its first coin in 1908, the Royal Canadian Mint has produced Canada’s circulation coins for more than a century. It is the world’s only mint to issue commemorative coins in a .9999 fineness, while also striking bullion coins, bars and much more.

The Crown Corporation earned a spot in the Guinness Book of World Records in 2007 for creating the world’s largest coin: a 100 kg .9999 fine $1 million gold coin.