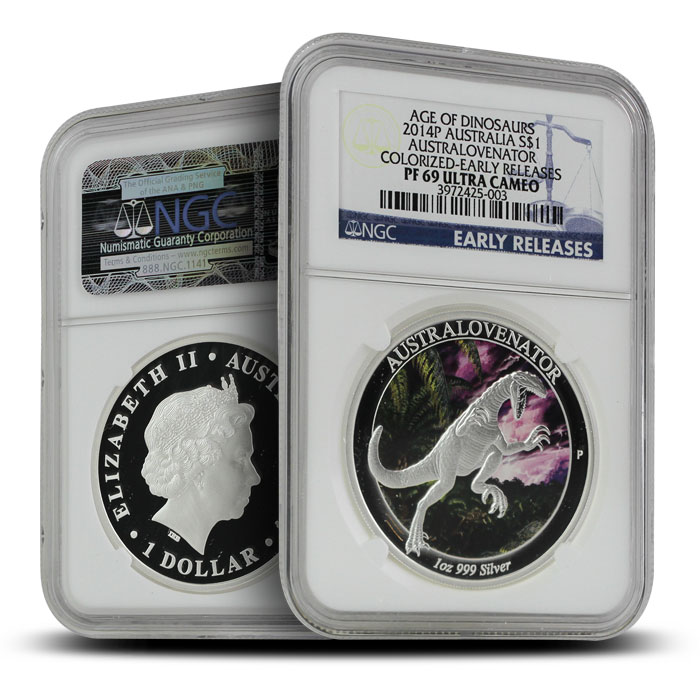 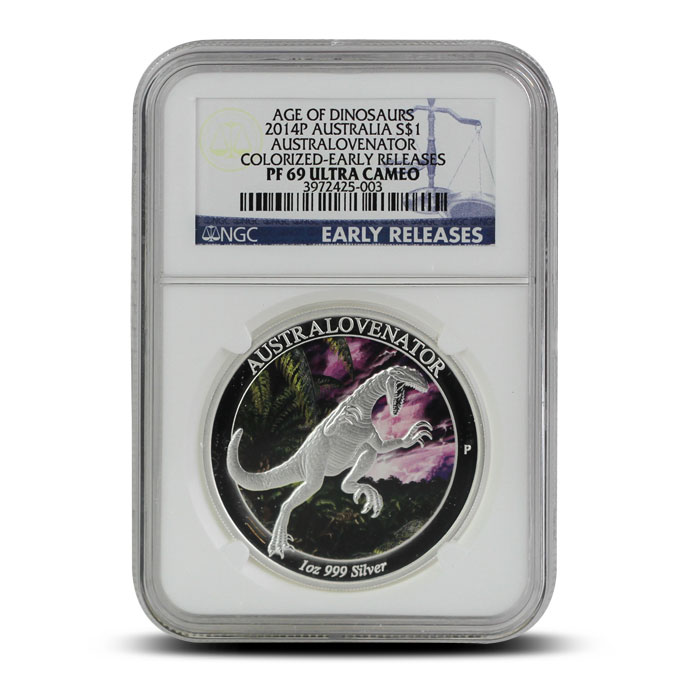 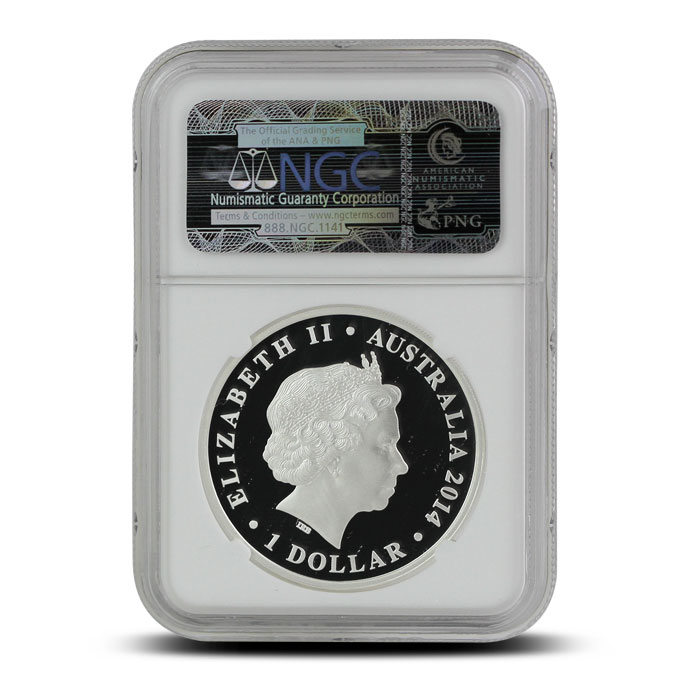 The Perth Mint has unveiled the Australian Age of Dinosaurs, a five-coin series that kicks off with the Proof Silver Australovenator.

Composed of 1 troy oz of .999 fine silver, each coin was graded PF69 by the Numismatic Guaranty Corporation (NGC), which means it has a nearly flawless condition.

The reverse of each coin features a screeching Australovenator in front of a colorized prehistoric background. It is inscribed with AUSTRALOVENATOR and the Perth Mint mark, P.

The obverse features Ian Rank-Broadley’s portrait of Queen Elizabeth II, along with the year and the the coin’s denomination of 1 DOLLAR.

Deemed legal tender by the government of Australia, each coin comes in a beautiful grey presentation case, with an illustrated shipper and a numbered Certificate of Authenticity.

Add some natural history to your collection — while diversifying your portfolio — with an Australian Age of Dinosaurs 1 oz Proof Australovenator, now available at Provident Metals.

Future Releases in the Australian Age of Dinosaurs Series

The Australovenator roamed the earth during the Cretaceous Period of 112 to 102 million years ago. Discovered in a prehistoric billabong (a pond that is abandoned when a river changes course), the fossil remains were nicknamed “Banjo,” after Australian poet Banjo Paterson.

The Australovenator was a medium sized carnivore, with giant claws used to ensnare its prey. Incredibly fast, the terrifying creature would have been roughly six feet tall and 16 feet long. The world’s only specimen is currently housed at the Australian Age of Dinosaurs Museum of Natural History in Winton, Queensland.

The third-party grading service is the largest in the world, and it has assessed more than 27 million coins since its inception. As the official coin grading service of the American Numismatic Association, the agency encapsulates each certified coin in a sonically-sealed holder made of inert materials, protecting each piece for future generations