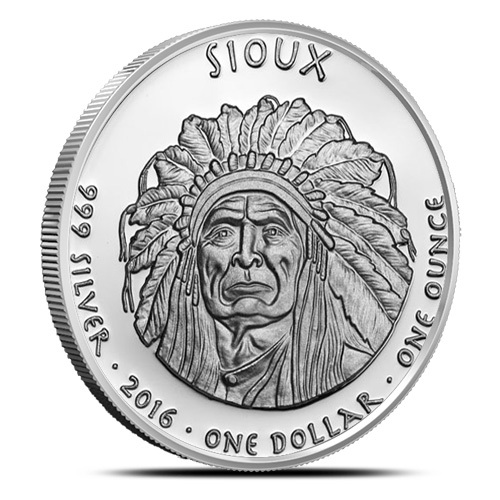 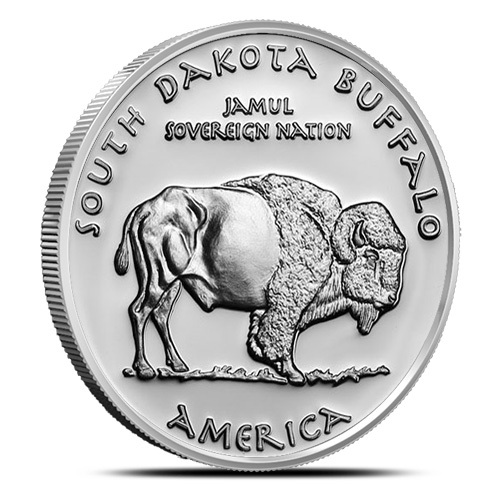 The 2016 Proof South Dakota Sioux Buffalo 1 oz Silver Coin was the 6th design released in the Native Series of Silver Coins, released by the Native American Mint. Each of the coins in the series represents a tribe or sovereign nation. This beautifully designed coin features 1 Troy oz of .999 pure silver. The coin has a face value of $1, but it is not considered to be legal tender in the United States. The coin is, however, backed by the Native American Mint and the issuing tribe. The coins in this collection have proven to be very popular amongst the collector and the investor.

Each of the Sioux Nation tribes oversaw different regions in the upper Midwest part of the United States, and also across Southern Canada. The Santee were known to reside in the Eastern Dakotas, Minnesota, and also northern Iowa. The Yankton called the Minnesota River Valley home, while the Lakota were known to inhabit large areas of the Western Dakotas. Of the Sioux Nation, it is the Lakota people who are best known, most often for their warrior culture.

The obverse design of the 2016 Proof South Dakota Sioux Buffalo 1 oz Silver Coin features a proud Sioux warrior outfitted in his full chieftain headdress. Today, the Sioux peoples number nearly 170,110 spread across the US states of South Dakota, Minnesota, Nebraska, Montana, North Dakota, Iowa, Wyoming, Wisconsin, and Illinois. In Canada, they can be found throughout Manitoba, Alberta, and Saskatchewan.

The reverse design of the 2016 Proof South Dakota Sioux Buffalo 1 oz Silver Coin features the right-profile image of an adult buffalo. Also included on the reverse side of the coin are engravings that state South Dakota Buffalo and America. The coins feature a satin finish, which provides a mirror-like finish, versus a typical matte finish that is seen in proof coins.

If you have any questions about these coins issued by the Native American Mint, please do not hesitate to reach out to us. We can be reached via email, through the live chat feature on our site or you can simply call us at 1-800-313-3315. We look forward to helping you get the answers that you need.