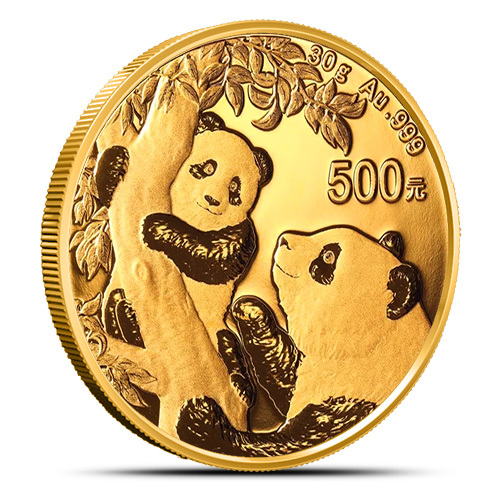 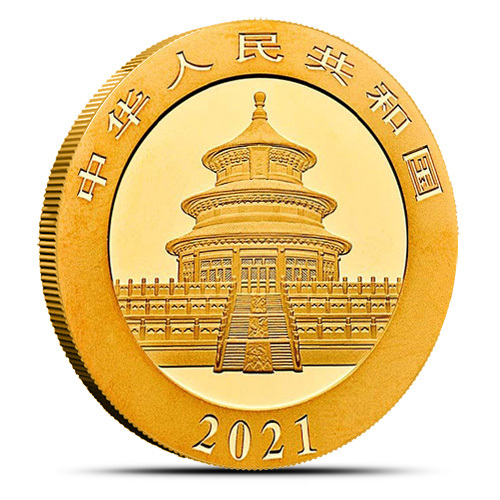 Out of Stock
Sorry! We're sold out right now.
NOTIFY ME
BUY BACK PRICE: $1,767.35
Add to WishlistLog In to add this product to your Wishlist

The Chinese Panda Coin program from the Chinese Mint is the official bullion series for the Peoples Republic of China. Like some of its major competitors, such as the Canadian Maple Leaf, American Eagle, and Austrian Philharmonic, it offers a single silver weight and multiple weights in gold. Unlike those coin programs, the Chinese Mint offers new designs on the reverse each year for the Chinese Panda Gold and Silver Coins. Today, you have the option to purchase 2021 Chinese Panda 30 Gram Gold Coins online from Provident Metals.

In the obverse design of 2021 Chinese Panda 30 Gram Gold Coins, you will find the annual design of the Hall of Prayer for Abundant Harvests. Situated within the Temple of Heaven Complex, the Hall of Prayer for Abundant Harvests is a Taoist religious site at which emperors would go and pray for bountiful rains and harvests for the empire to sustain and feeds its people. The inscriptions include the Mandarin for Peoples Republic of China and the 2021 date mark.

For the reverse face of the 2021 Chinese Panda Gold Coins, the 2021 coins have the image of a Giant Panda cub and its mother. As the small panda climbs the trunk of a tree as its mother stands behind it to offer physical support to its cub by extending a paw up toward the back of the cub. Inscriptions on this face of the coin include 30 g Au .999 and the face value of 500.

The Chinese Mint offers new images of the Giant Panda species on the reverse of the coins each year. Some years feature only a panda cub, while others offer an adult panda. Still others, such as this release, combines an adult panda with its young cub. Only the 2002 release had a repeat design, using the 2001 design over again in a move that was unpopular with investors and fans of the series.

2021 Chinese Panda 30 Gram Gold Coins are available to you for purchase in Brilliant Uncirculated Condition. Provident Metals offers the coins individually inside of sealed plastic pouches and in multiples of 10 with rolls housing the coins.

Please contact Provident Metals with any questions. Our team is available at 800-313-3315, online using our live chat, and via our email address.