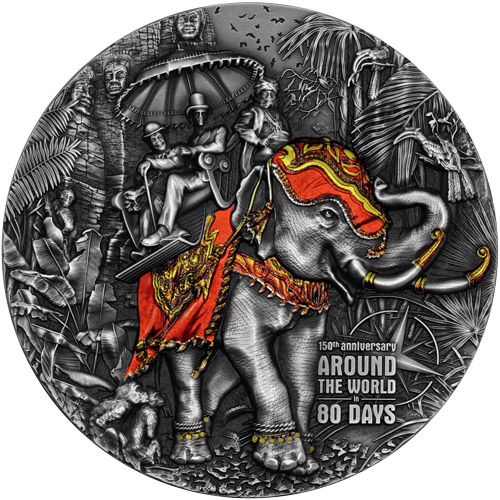 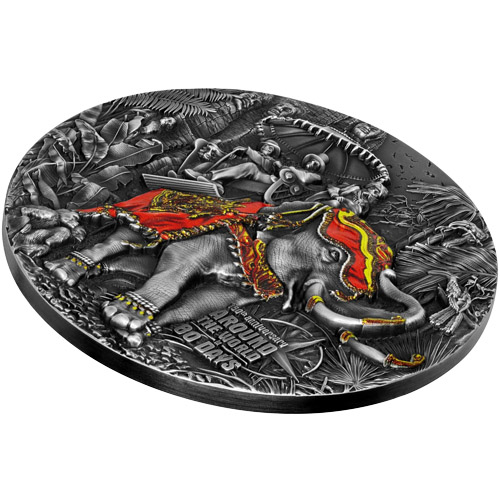 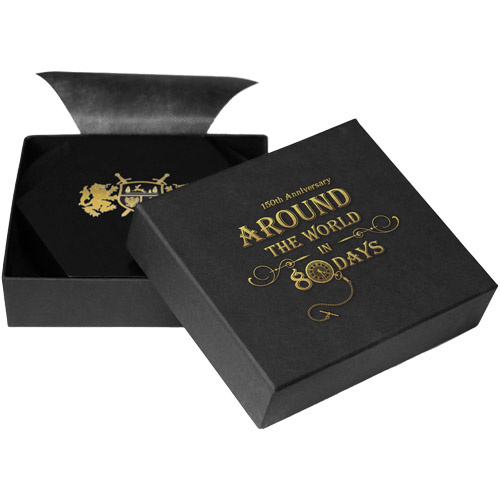 The classic adventure novelAround the World in Eighty Dayswas a popular sensation when it was first published. It was a story about real-life technical accomplishments that were swiftly changing the world of its day, and the idea of a round-the-world adventure already had an avid audience: an American entrepreneur, George Francis Train, had actually finished such a journey in eighty days in 1870. Jules Verne found an eager readership when he embarked on the serial publication of his novel, whose details were so convincing that some of his fans believed the exploits of Phileas Fogg and Jean Passepartout were real. That achievement is celebrated today by the 2022 Antique Niue 150th Anniversary Around the World in Eighty Days 3 oz Silver Coin.

The 2022 Antique Niue 150th Anniversary Around the World in Eighty Days Silver Coin features high-relief, detailed artwork accentuated by gorgeous antique finishing. It comes to you encapsulated in an elegant coin case along with a Certificate of Authenticity.

The obverse side features a detailed montage that shows every form of transport used by Verne’s heroes. This is accompanied by Niue’s official seal and the inscriptions “5 DOLLARS” and “NIUE 2022.”

The coin’s reverse side features Phileas Fogg and Jean Passepartout riding an elephant through the Indian jungle, with vivid colorized decorations on the mighty pachyderm’s back, head, and tusks. An inscription proclaims the book’s 150th Anniversary to complete the design.

WhenAround the World in Eighty Dayswas first released, the dream of rapid round-the-world travel wasn’t new but several developments were bringing it truly within reach, especially the rail networks of America and India and the opening of the Suez Canal. Globe-trotting adventure travelogues and ambitious circumnavigation attempts were in full swing by 1870, and Jules Verne’s fictional tale was mistaken by some readers for a factual account. The book certainly influenced generations of adventurous souls long after its first appearance: it has been adapted into countless films and plays and inspired numerous real-life attempts to replicate the journey of Phileas Fogg.

The team at Provident Metals is always happy to answer your questions. Call us today at 800-313-3315, talk with an agent at our online live chat, or send any inquiries to our e-mail address.