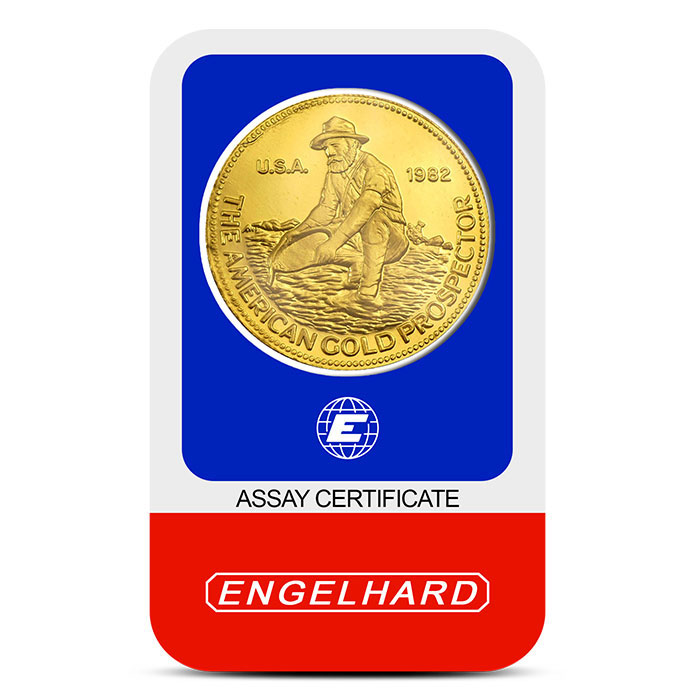 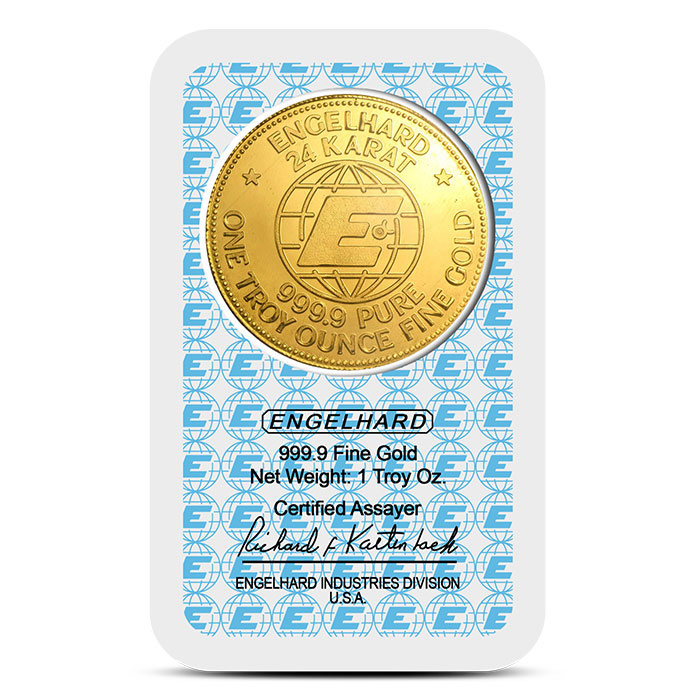 Produced by the Engelhard Mint, this Prospector Gold round is one of the rarest Engelhard products available. Composed of .9999 fine gold, each round arrives in its original mint packaging complete with an assay card.

The Engelhard logo is centered on the reverse. ENGELHARD 24 KARAT, 999.9 PURE and ONE TROY OUNCE FINE GOLD are engraved.

The obverse features a miner standing in a stream, panning for gold. THE AMERICAN GOLD PROSPECTOR, U.S.A. and 1980 are additionally inscribed.

After immigrating to the United States in 1881, Charles Engelhard, Sr. began a fruitful career working in the precious metals industry.

By the turn of the twentieth century, Engelhard began to build an empire, purchasing several smaller companies and founding Engelhard Industries. The company quickly emerged as the largest, most influential precious metal refiner, fabricator and smelter in the world.

After Engelhard’s death in 1950, the business was placed in the hands of his son, Charles Engelhard, Jr. For the next fifty years, the company continued to expand, moving into Europe, South America and South Africa.

Engelhard Industries developed the world’s first catalytic converter to assist the American automotive industry in meeting stringent EPA guidelines. At the same time, Engelhard began producing gold, silver, platinum and palladium bars, which were in high demand thanks to public concern over inflation.

By the early 1980’s, Engelhard Industries began to manufacture bullion rounds alongside precious metal bars. In 2006, the company was purchased by BASF Chemical Company for $5 billion.

Shop Provident Metals and secure your own Engelhard Prospector Gold round before supplies run out. Call us, or use our safe and secure online ordering system to get yours today.