If you monitor gold and silver like we do, you’ve heard of the Fed. Yet you don’t hear much about its sticky past. Until now.

It recently dawned on us. We mention the Federal Reserve — or the Fed — a lot.

And for good reason. Our nation's central bank wields tremendous power, setting interest rates and regulating the value of the dollar.

For better or for worse, such power has an astounding impact on precious metal markets, especially gold and silver bullion.

So we wanted to learn more. 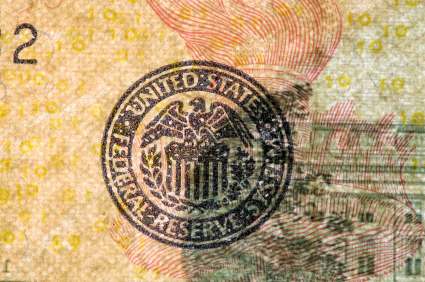 The Federal Reserve: The Third Central Bank of the U.S.

Established by the Federal Reserve Act of 1913, the Fed is actually the third (and longest-running) central bank in United States history.

In fact, two central banks existed prior to the Federal Reserve:

Both institutions acted as “fiscal agents” for the U.S. Treasury. However, their charters were permitted to expire.

In fact, President Andrew Jackson ran for office on a platform promising to rid the nation of the central bank. Through tireless wrangling — and an assassination attempt — Old Hickory finally prevailed, and the United States marched on without a central bank for nearly 80 years.

(During the Civil War, national banks were established through the National Currency Act. Yet the institutions were never deemed “central” banks, despite deep ties to the government.)

The Panic of 1907: Aldrich and A Call for Reform

Following the disastrous financial panic of 1907, many of the nation’s political and business leaders began to express the need for a centralized financial system.

In 1908, Congress enacted the Aldrich-Vreeland Act, which provided national currency and established a National Monetary Commission.

Senator Nelson Aldrich of Rhode Island chaired the commission. He was a strong champion for re-establishing a central bank.

Many lawmakers, predominantly from the south and west, were highly skeptical of Aldrich. He was married to the daughter of John D. Rockefeller, Jr. — viewed by many as a puppet of the “eastern establishment.”

A Secret Meeting and a Failed Bill

In 1910, Aldrich and executives from J.P. Morgan, Rockefeller, and Kuhn Loeb secretly met at a private estate in Jekyll Island on the coast of Georgia.

(Several autobiographies confirm the meeting. The Creature from Jekyll Island by G. Edward Griffin provides a fascinating exposé of the meeting and its impact on twentieth century America.)

The following year, Aldrich filed a bill to establish a National Reserve Association, but it failed to gain traction.

There were, afterall, concerns Wall Street elites would have excessive control of the system.

The Federal Reserve is Established

After years of squabbling, the Federal Reserve Act was signed into law by President Woodrow Wilson, just two days before Christmas 1913.

The final bill contained several key components of the plan drafted by Senator Aldrich and his banking executives during their secret meeting three years before.

While the bill established 12 regional Fed branches located throughout the country, the New York Fed was — and still is — considered the most powerful.

The Fed’s organizational structure was designed to consist of a Board of Governors (appointed by the President) and the Federal Open Market Committee, or FOMC.

The FOMC is a powerful committee that sets interest rates and, in a major way, the course of the nation’s economy.

The Birth of the US Dollar

Commonly called the dollar, the new note — which was nothing more than legal tender with no intrinsic value, established by the government — has remained the official form of currency in the U.S. ever since.

A Centennial to Celebrate?

For most of the Fed’s existence, it’s been nothing more than an afterthought to most Americans.

However, events from the last few years — maybe even decades — have elevated national awareness about the Central Bank. This is especially true as new policies are felt at gas pumps and grocery stores from Florida to Alaska.

And this year marks the Fed’s 100th Anniversary.

Many claim its existence and policies have devalued the dollar more than 90 percent. In one century. The price of gold — the ultimate barometer of inflation — illustrates this point clearly.

On the flip side, others argue that, without a central bank, the U.S. would experience frequent, far-reaching financial shocks.

What Do You Think?

Has the Fed had a positive or negative influence on the U.S. economy?

What does the future hold for the value of the dollar? For the integrity of the Fed System?